Aristotle on the middle class 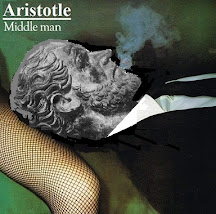 On CNN the other day, liberal commentator Van Jones complained that the Democrats are “becoming a party of the very high and the very low” ends of the economic spectrum, and do not appeal to those in the vast middle, including the working class.  He notes that the “very well-educated and very well-off” segment of the party talks in a way that sounds “bizarre” to ordinary people, citing as examples the use of terms like “Latinx” and “BIPOC.”  He could easily have added others, such as “cisgender,” “whiteness,” “intersectionality,” “heteronormativity,” “the carceral state,” and on and on.  To the average person, the commentators and activists who use such jargon – insistently, humorlessly, and as if everyone does or ought to agree – sound like cult members in need of deprogramming, and certainly of electoral defeat.  (I would also note that having a college degree and being facile with trendy political theory does not suffice to make one “very well-educated,” but let that pass.)

Beyond a reference to reparations, Jones is vague about exactly what it is about current left-wing policy that might appeal to the poor.  Is it higher gasoline and food prices?  Being the ones who had to go out and do the manual labor while the laptop class stayed cozily locked down working from home and watching Netflix?  Skyrocketing crime in poor neighborhoods because of the demonization and defunding of police?  Or is it free needles, the license to shoplift and to defecate in the streets, and other hallmarks of the George Gascón and Chesa Boudin style of law (non-)enforcement?  But it would be an insult to poor people to think this anarchy aids or appeals to them.  Here too, it is actually the poor who suffer most from left-wing excess, while the rich congratulate themselves for their (twisted understanding of) virtue.

In any event, Aristotle would agree with Jones about the general principle that a wise statesman should appeal to the middle class.  Aristotle says that even a legislator who is personally more favorable to the very rich or the very poor “at all times… ought to endeavour to include the middle people” and make the laws “attractive to those in the middle” (Politics, Book IV, Part XII, Sinclair translation).

The reason is not the cynical one that this is a good way to secure power.  The reason is one of basic principle concerning what is best for society as a whole.  In Book IV, Part XI Aristotle observes that all states are made up of “the very well-off, the very badly off, and thirdly those in between,” and argues that those in the middle are best suited to governing:

This condition is most easily obedient to reason, and following reason is just what is difficult both for the exceedingly rich, handsome, strong and well-born, and for their opposites, the extremely poor, the weak, and those grossly deprived of honour.  The former incline more to arrogance and crime on a large scale, the latter are more than averagely prone to wicked ways and petty crime.  The unjust deeds of the one class are due to an arrogant spirit, the unjust deeds of the other to wickedness…

There are other drawbacks about the two extremes.  Those who have a superabundance of good fortune, strength, riches, friends, and so forth, neither wish to submit to rule nor understand how to do so; and this is engrained in them from childhood at home: even at school they are so full of la dolce vita that they have never grown used to being ruled.

End quote.  What is of most interest in these comments is Aristotle’s insight that the extremely wealthy, no less than the extremely poor, are temperamentally unfit to wield power.  (This is not only an Aristotelian insight, but a Platonic one – recall from the Republic that the guardian class are not permitted even to handle money, let alone amass personal fortunes.)  What makes them unfit is their tendency toward arrogance, softness, and consequent difficulty following reason or submitting themselves to rules.

A more perfect description of our decadent liberal elites cannot be imagined.  It is not poor or working people, but rather the affluent and “educated,” who live in a fantasy world in which there are innumerable “genders,” the bogeyman of “white supremacy” lurks behind every bush, inflation has no connection to the federal government’s having shoveled out gargantuan piles of free money, and the rules (about wearing masks and staying locked down, for example) apply only to the ruled and not the rulers.  You need facility in abstract theory to get yourself to believe such lunacy, and you need the insulation from reality that wealth provides to avoid suffering the costs of it, at least in the short term.

Aristotle notes that a true polity requires some measure of “friendship” or “partnership” between the different groups that make it up.  This is not possible when the very poor or the very rich dominate, because “the former [are] full of envy, the latter of contempt.”  Now, malignant ideologies like Critical Race Theory are syntheses of envy and contempt, which make true friendship or partnership between citizens impossible.  But here too it is not the poor but rather the affluent, the educated, and the powerful – “woke capitalism,” the universities, HR bureaucracies and the like – who are injecting this poison into the body politic.  And it is these elites, rather than the poor, who have been the source of the diabolically cruel regime of general lawlessness that has been trying to impose itself upon the West in the last few years.

Aristotle notes that given the defects described above, tyranny is much more likely to arise out of the rule of the very rich or the very poor than out of the middle classes.  A more effective tyranny still is that in which the very rich stir up the poor against the middle classes.  As Plato noted, oligarchy tends to degenerate into, and in the short term profit from, radically egalitarian democracy, with tyranny as the sequel.

Conservatives have in recent years increasingly come to realize that the super-rich are not their friends.  As usual, what we moderns have to relearn, Aristotle already knew 2300 years ago.

The trouble with capitalism