Nagel and his critics, Part II 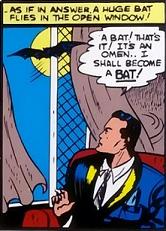 Whereas my First Things review of Thomas Nagel’s Mind and Cosmos accentuated the positive, the first post in this series put forward some criticisms of the book.  Let’s turn now to the objections against Nagel raised by Brian Leiter and Michael Weisberg in their review in The Nation.

First some stage setting is in order.  As I indicated in the previous post, Mind and Cosmos is mostly devoted to the positive task of spelling out what a non-materialist version of naturalism might look like.  The negative task of criticizing materialist forms of naturalism is carried out in only a relatively brief and sketchy way, and here Nagel is essentially relying on arguments he and others have developed at greater length elsewhere.  Especially relevant for present purposes is a line of argument Nagel put forward in what is perhaps his most famous piece of writing -- his widely reprinted 1974 article “What Is It Like to Be a Bat?” -- and developed further in later works like The View From Nowhere.
Read more »
Posted by Edward Feser at 12:12 AM 86 comments:

Philosopher Charles De Koninck (1906 - 1965) was one of the leading figures in the Laval or River Forest tradition within 20th century Thomism.  (Need a scorecard to keep track of the different strands of Thomism?  Go here and here.)  De Koninck was the author of several important works on the relationship between the Aristotelian-Thomistic tradition and modern science, as well as important works in political philosophy, Catholic theology, and other topics.  The late Ralph McInerny edited a series of De Koninck’s collected works titled The Writings of Charles De Koninck, of which only Volume 1 and Volume 2 appeared before McInerny’s death.  Now The Charles De Koninck Project has been inaugurated with the aim of making all of De Koninck’s works available online.  Take a look at the website and while you’re there consider donating to this worthy enterprise.

Nagel and his critics, Part I

Thomas Nagel’s new book Mind and Cosmos, which I reviewed favorably for First Things, has gotten some less favorable responses as well.  (See Brian Leiter and Michael Weisberg’s review in The Nation, Elliott Sober’s piece in Boston Review, and a blog post by Alva Noë.)  The criticism is unsurprising given the unconventional position staked out in the book, but the critics have tried to answer Nagel’s arguments and their remarks are themselves worthy of a response.

I’ll examine these criticisms in some further posts in this series, but in this first installment I want briefly to state some criticisms of my own.  For while I think Mind and Cosmos is certainly philosophically important and interesting, it has some shortcomings, even if they are perhaps relatively minor given the book’s limited aims.
Read more »
Posted by Edward Feser at 12:31 AM 63 comments:

I am pleased to announce that Editiones scholasticae has released a German translation of The Last Superstition, under the title Der letzte Aberglaube: Eine philosophische Kritik des Neuen Atheismus.  Interested readers can order from the publisher’s website, or from Amazon’s German or UK sites.

Over at the online edition of First Things, you’ll find my review of Thomas Nagel’s important new book Mind and Cosmos: Why the Materialist Neo-Darwinian Conception of Nature Is Almost Certainly False.  (Since there’s more to say about the book than I had space for in the review, I may revisit it in a future post.)

Is [the] God [of classical theism] dead?

Is God dead?  I’m not asking a Nietzschean question about the fortunes of the idea of God in modern Western culture.  I’m asking whether the God of classical theism ought to be regarded as something literally non-living, even if He exists, given that He is characterized as pure actuality, subsistent being itself, immutable, absolutely simple or non-composite, etc.  In the combox of a recent post, the notion was mooted that descriptions of this sort make of God something “static” and therefore “dead.”  And of course, that the God of classical theism seems to some to be lifeless, impersonal, and abstract is a common motivation for theistic personalism or neo-theism.  As one reader put it, God so conceived appears (to him, anyway) to be something like “an infinite data storage device” or “a giant USB stick.”

Such criticisms are not lacking in imagination.  And that is the problem.  As I emphasized in an another recent post, if we are to understand the key notions of classical philosophy and theology, we need to stop trying literally to picture them.  We need to use, not our imaginations, but our intellects.
Read more »
Posted by Edward Feser at 11:37 PM 109 comments:

Existentialist (and Danish philosopher) Søren Kierkegaard and rhythmatist (and Police drummer) Stewart Copeland.  Looks like they even have the same haberdasher.  Not much of a philosophical connection, perhaps, except that “Don’t Box Me In” seems as good an existentialist anthem as any.  On the other hand, an analytic philosophy bias may lurk behind that study in the philosophy of language, “De Do Do Do, De Da Da Da.”  (What did you think it was about, Dadaism?)

Whose nature? Which law? 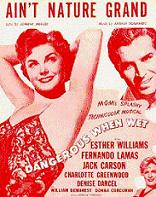 You’ve got your natural law.  You’ve got your natural rights.  You’ve got the state of nature.  Then there’s naturalism.  And laws of nature.  And the supernatural.  There’s St. Paul’s natural man and the Scholastics’ natura pura.  There’s nature and nature’s God.  There’s natural science, natural history, natural selection, natural theology, natural philosophy, and the philosophy of nature.  There’s the Baconian scientist putting nature on the rack, and Galileo telling us that the book of nature is written in the language of mathematics.  And let’s not forget the literal books, like Lucretius’s On the Nature of Things, Hume’s Treatise of Human Nature, Richard Rorty’s Philosophy and the Mirror of Nature, and Edward O. Wilson’s On Human Nature.  There’s Emerson’s essay “Nature.”  For fans of underground comics, there’s Mr. Natural; for fans of obscure superheroes too preposterous ever to get their own billion-dollar-grossing film adaptations, there’s Nature Boy.  There’s Oliver Stone’s movie Natural Born Killers and Robert Redford in The Natural.   There’s Ringo Starr singing “Act Naturally,”  Aretha Franklin’s “(You Make Me Feel Like) A Natural Woman,” the Steely Dan album Two Against Nature, and that stupid Gilbert O’Sullivan tune.

Who wants to be an atheist? 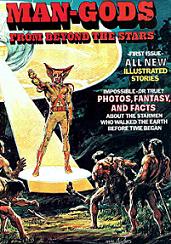 Suppose something like Erich von Däniken’s Chariots of the Gods? hypothesis turned out to be true, and the God of the Bible was really an extraterrestrial who had impressed the Israelites with some high tech.  Would you conclude: “A ha!  Those atheists sure have egg on their faces now!  Turns out the Bible was right!  Well, basically right, anyway.  True, God’s nature isn’t exactly what we thought it was, but He does exist after all!”  Presumably not, no more than if the God of Exodus turned out to be Moses with an amplifier and some red fizzies he’d dumped into the Nile.  The correct conclusion to draw in either case would not be “God exists, but He wasn’t what He seemed” but rather “God does not exist, He only seemed to.”

Or suppose something like Frank Tipler’s Omega Point theory turned out to be correct and the universe is destined to evolve into a vastly powerful supercomputer (to which Tipler ascribes a kind of divinity).  If you had been inclined toward atheism, do you think you would now conclude: “Wow, turns out God does exist, or at least will exist someday!”  Or rather only: “Wow, so this really weird gigantic supercomputer will exist someday!  Cool.  But what does that have to do with God?”
Read more »
Posted by Edward Feser at 5:22 PM 161 comments: