Let’s bring this annus horribilis to an end with an open thread.  That annoyingly off-topic comment of yours I keep deleting?  It’s now on-topic, so bring it.  From Richard Rorty to Get Shorty, from Bend Sinister to Yes Minister, from Tanqueray to Ricky Jay… nothing now stands in your way.  Apart from basic blog etiquette, naturally.  Trolls are still kindly invited to get lost.  (Previous open threads archived here.)
Posted by Edward Feser at 5:05 PM 299 comments:

Mathematical Platonism takes numbers and other mathematical objects to exist in a third realm distinct from the material and mental worlds, after the fashion of the Forms of Plato’s famous theory.  A common objection to this view, associated with philosophers like Paul Benacerraf, is epistemological.  In order for us to have knowledge of something, say these philosophers, we must be in causal contact with it.  But if numbers are abstract objects outside of space and time, then we cannot be in any such contact with them, because they would be causally inert and inaccessible to perception.  So, if Platonism were true, we couldn’t have knowledge of them.  Yet we do have such knowledge, which (the argument concludes) implies that Platonism is false.  This is known as the “access problem” for mathematical Platonism.
Read more »
Posted by Edward Feser at 4:11 PM 38 comments:

In the diabolical new disorder of things metastasizing around us, churchmen subvert doctrine rather than teaching it, and public authorities subvert law and order rather than maintaining it.  To be sure, these cancers have been slowly spreading throughout the bodies ecclesiastical and politic for many decades.  What is new is the sudden ghastliness with which an aggressive heterodoxy and criminality have broken through to the surface, making the reality of the disease evident to all but the most deluded of minds.
Read more »
Posted by Edward Feser at 3:02 PM 78 comments:

What was the Holy Roman Empire? 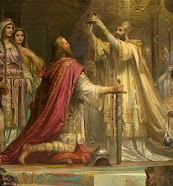 According to Aristotelian-Thomistic political philosophy, the state is a natural institution.  It has as its natural end the provision of goods that are necessary for our well-being as rational social animals, but would not be otherwise available (such as defense against aggressors).  According to traditional Catholic theology, the state also serves functions relevant to the realization of the supernatural end of salvation, such as protecting the Church.

However, while these things are true of the institution of the state in general, they do not entail the existence of any particular state.  That is to say, while the natural law and our supernatural end require that there be states, they don’t require that there exists Germany, specifically, or the United States, or China.  For the most part, the same thing is true of empires.  Nothing in natural law or in our supernatural end requires that there be a British Empire, specifically, or a Mongol Empire. 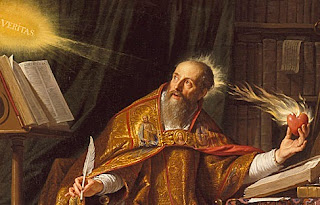 Plato held that the Form of the Good makes other Forms intelligible to us in a way comparable to how the sun makes physical objects visible to us.  He also took our knowledge of the Forms to be inexplicable in empirical terms, since the Forms have a necessity, eternity, and perfection that the objects of the senses lack.  His solution was to regard knowledge of the Forms as a kind of recollection of a direct access the soul had to them prior to its entrapment in the body.
Read more »
Posted by Edward Feser at 12:49 PM 111 comments: