I had occasion recently to take a few of the kids to see Captain America: The First Avenger.  As a lifelong movie, comic book, and science fiction fan I was preprogrammed to like it so long as it met the minimal standards a comic book flick is expected to live up to these days.  And I think the movie not only met but exceeded them.  Characters like Captain America and the Red Skull can look striking on a comic book cover, if you’re into that sort of thing.  (Some nice examples from over the decades can be found here, here, and here.)  But getting them to look anything but ridiculous in flesh and blood is very hard to pull off.  Yet the filmmakers did it.  Indeed, what I found most remarkable about the movie was just how gorgeous the thing looked up there on the big screen.  Its art deco, pulp magazine aesthetic conveys an almost completely convincing science-fiction version of the 1940s.  (I say “almost” only because I thought the Hydra agents’ uniforms and weaponry could have been given a somewhat more retro look.)  Similar things have been done in the Indiana Jones movies, The Rocketeer, and Sky Captain and the World of Tomorrow, but Captain America raises the bar.
Read more »
Posted by Edward Feser at 5:45 PM 23 comments: 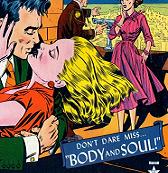 Bill Vallicella and I have been debating Aquinas’s hylemorphic dualism (HD).  Earlier posts (here, here, here, and here) have focused on Aquinas’s motivations for combining hylemorphism and dualism.  As we continue Bill and Ed’s Excellent Adventure, the discussion turns to questions about the internal coherence of the view.  In a new post, Bill summarizes what he takes to be one of the main problems with HD.  Give it a read, then come back.
Read more »
Posted by Edward Feser at 6:40 PM 75 comments:

A reader asks an interesting question:

You write often of the loss of Aristotelian metaphysics (specifically as adopted and developed by St. Thomas) and all the modern philosophical "problems" that have arisen as a result. Discussions of God's existence, the mind-body relation, ethics, etc. all become "problematic" when we remove formal and final causality.  I find this amazingly effective in answering modern arguments because it is often their metaphysical presuppositions that cause problems in the first place.

My question is: were the concepts of final and formal causality present in the Patristic era?  As I understand it, most of the Church Fathers were only marginally (if at all?) influenced by Aristotle, and were typically more dependent on Platonic or Neo-platonic metaphysics.  Does this mean that up until the time of Aquinas, when Aristotle is "rediscovered" in the West, that Christian philosophy was incoherent because it depended more on a Platonic metaphysics than an Aristotelian metaphysics?
Read more »
Posted by Edward Feser at 3:10 PM 21 comments:

I want to call my readers' attention to Eric MacDonald’s blog post of earlier today, and in particular to the combox discussion it has generated.  As you will see from the latter (scroll down to my exchange with him), MacDonald has graciously and honorably offered to bury the hatchet, and I very happily accept his offer.  As you will also see, he and I and some of his readers have been having a fruitful discussion.
Posted by Edward Feser at 4:45 PM 168 comments:

A final word on Eric MacDonald

That Eric MacDonald’s criticisms of my book The Last Superstition are devoid of any merit whatsoever is clear from the evidence adduced in the two posts I have devoted to him already (here and here).  If there is any lingering doubt, the present post will dispel it.  A slightly chastened MacDonald has now himself admitted (in what he says will be his final word on my book) that he “was not comfortable with [the] conclusions” he had drawn after his first attempt to deal with the substance of my arguments, that he has “misunderstood” at least some of those arguments, and that his contemptible Himmler comparison “was perhaps over the top.”  Yet he commends to us his final feeble effort to respond to my arguments, still appears to cling to for the most part to his earlier criticisms, and retracts none of the nastiness he has relentlessly directed towards me personally.  (To be sure, he thinks this nastiness is justified by the polemical tone of my book and by my aggressive response to his nastiness.  It is not, for reasons I will get to presently.)
Read more »
Posted by Edward Feser at 12:52 AM 76 comments:

Having embarrassed himself by answering serious philosophical arguments with cheap ad hominems and other blatant fallacies, Eric MacDonald has now back-pedaled and decided that maybe he ought to address the substance of those arguments after all.  Unfortunately, he has succeeded only in further discrediting himself.  For MacDonald’s treatment of my criticisms of Daniel Dennett in my book The Last Superstition is an absolute disgrace.  He can be acquitted of the charge of grave intellectual dishonesty only on pain of conviction for gross incompetence.  Indeed, it is quite clear that MacDonald simply doesn’t understand the philosophical arguments he is dealing with.  Hence he prefers instead to criticize a few sarcastic quips of mine while ignoring the substantive arguments that occur in the passages from which he took them.  When that ploy doesn’t work, MacDonald “translates” my arguments into something he thinks he can handle, in the process mangling them beyond recognition.
Read more »
Posted by Edward Feser at 5:49 PM 164 comments:

Bill Vallicella has kindly replied to my response to his recent post on hylemorphic dualism.  The reader will recall that Bill had suggested in his original post that, given the apparent tension between hylemorphism and dualism, Aquinas’s hylemorphic dualism seems ad hoc and motivated by Christian theological concerns rather than by philosophical considerations.  I argued that this charge cannot be sustained.  Whether or not one ultimately accepts hylemorphic dualism, if one agrees that there are serious arguments both for hylemorphism and for dualism, then -- especially when we add independent metaphysical considerations such as the Scholastic principle that the way a thing acts reflects the manner in which it exists -- one should at least acknowledge that hylemorphic dualism has a philosophical rationale independent of any Christian theological concerns.  It seems Bill still disagrees, but I do not see how his latest post gives any support to his original charge.
Read more »
Posted by Edward Feser at 12:12 AM 65 comments:

Want to be a New Atheist blogger?  It’s easy!  Here’s how it works:

Step 1: Launch an unhinged, fallacious attack on your opponent, focusing your attention on arguments he has never given.

Step 2: Studiously ignore the arguments he actually has given.

Step 3: Declare victory and exchange high fives with your fellow New Atheists, as they congratulate you for your brilliance and erudition.

Step 4: When your opponent calls attention to this farcical procedure, accuse him of making unhinged, fallacious attacks on you.  Throw in the Myers Shuffle for good measure.

Step 6: Repeat 1 - 5 until your disconnect from reality is complete.

The metaphysics of Vertigo

[T]here are six people involved in every encounter: the two people as they see themselves, the two as they are seen by the other, and the two as they really are, whatever that is.
Charles Barr on Hitchcock’s Vertigo
I may be a hopeless reactionary when it comes to politics, philosophy, and theology, but I’m pretty conventional when it comes to movies.  What I think is good is pretty much what everyone else thinks is good.  Well, to a large extent, anyway.  Star Wars?  Sorry, can’t stand it.  David Lynch?  Ugh.  But Citizen Kane, Blade Runner, The Third Man, The Godfather and its first sequel, High Noon, even 2001: A Space Odyssey, ending and all -- yes, they deserve the hype.  And then there’s Vertigo.  The mystery genre may be the greatest of film genres, and Vertigo is certainly the greatest of mystery flicks.   AFI says so, so there.  (On the other hand, they put Lynch on the list.)   And as everyone knows, the reason it is the greatest mystery movie is not because of the murder, but because of the woman.
Read more »
Posted by Edward Feser at 6:02 PM 15 comments:

Hylemorphic dualism is the approach to the mind-body problem taken by Aquinas and the Thomist tradition more generally.  (The label may have been coined by David Oderberg, who defends the view in an important paper and in his book Real Essentialism.  “Hylemorphic” is sometimes spelled “hylomorphic,” though the former spelling is arguably preferable since it is closer to the Greek root hyle.)  The view holds both that the soul is the substantial form of the living human body (that is the “hylemorphic” part) and that it is unique among the forms of material things in being subsistent, that is, capable of surviving beyond the death of the body (that is the “dualism” part).  Our friend Bill Vallicella has recently put forward the following criticism of the view:
Read more »
Posted by Edward Feser at 1:18 PM 102 comments:

In the latest issue of Homiletic & Pastoral Review, Fr. Kenneth Baker kindly reviews my book The Last Superstition.  From the review:

Feser offers a brilliant, careful analysis of the New Atheists’ position and shows that it is based on old philosophical errors and manifests a high degree of intellectual dishonesty, philosophical shallowness, and massive ignorance in the fields of history and theology.

Edward Feser knows what he is talking about, since he used to be an atheist.  But after studying the arguments of Aristotle and Thomas Aquinas he came to see that materialism and naturalism cannot survive serious rational analysis…

If you are concerned about the increase of atheism in America and would like to understand the false arguments for it and how to refute them, I suggest you give yourself a treat by reading this challenging book.

We’ve been looking at alleged cases of the quantifier shift fallacy committed by prominent philosophers.  We’ve seen that Aquinas and Locke can both be acquitted of the charge.  Let’s now look at the common accusation that Aristotle commits the fallacy in the Nicomachean Ethics.  Harry Gensler tells us that “Aristotle argued, ‘Every agent acts for an end, so there must be some (one) end for which every agent acts.’”  But what does Aristotle actually say?  And need it be interpreted the way Gensler interprets it?
Read more »
Posted by Edward Feser at 9:16 PM 11 comments: