It’s the next open thread

Here is your latest opportunity to converse about topics that have not arisen in the course of other combox discussions at this here blog.  From neo-Kantianism to neo-conservatism, from mortal sin to imported gin, from the dubia cardinals to the Doobie Brothers – discuss whatever you like, within reason.  Keep it civil, but for once you needn’t keep it on topic.
Read more »
Posted by Edward Feser at 11:39 AM 221 comments:

Fr. Z on By Man Shall His Blood Be Shed

The esteemed Fr. John Zuhlsdorf kindly calls his readers’ attention to By Man Shall His Blood Be Shed: A Catholic Defense of Capital Punishment, my new book co-written with Joseph Bessette.  Fr. Z writes:


Anything written by Edward Feser is reliable and worth time… This is a good book for the strong reader, student of Catholic moral and social teaching, seminarians and clerics.

On his radio show yesterday, Dennis Prager acknowledged that one reason he believes in God – though not the only one – is that he wants it to be the case that God exists.  The thought that there is no compensation in the hereafter for suffering endured in this life, nor any reunion with departed loved ones, is one he finds just too depressing.  Prager did not present this as an argument for the existence of God or for life after death, but just the expression of a motivation for believing in God and the afterlife.  But there have, historically, been attempts to develop this idea into an actual argument.  This is known as the argument from desire, and its proponents include Aquinas and C. S. Lewis.
Read more »
Posted by Edward Feser at 11:15 AM 115 comments:

A lecture by David Oderberg answering the question: Should there be freedom of dissociation?


Philosopher of physics Tim Maudlin defends the reality of time and change, at Quanta magazine.


At The Weekly Standard, Camille Paglia on Trump, transgenderism, and terrorism.


Why is there more disagreement in philosophy than in science?  Maybe because philosophy is just harder, suggests David Papineau in the Times Literary Supplement.
Read more »
Posted by Edward Feser at 1:41 PM 128 comments: 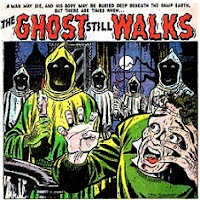 David Hume, as I often argue, is overrated.  But that’s not his fault.  It’s the fault of those who do the overrating.  So, rather than beat up on him (as I have done recently), let’s beat up on them for a change.  Or rather, let’s watch Barry Stroud do it, in a way that is far more genteel than I’m inclined to.
Read more »
Posted by Edward Feser at 10:30 PM 83 comments:

Five Proofs of the Existence of God will be out this Fall.  You can pre-order at the Ignatius Press website and at Amazon.  Here’s the book jacket description:


Five Proofs of the Existence of God provides a detailed, updated exposition and defense of five of the historically most important (but in recent years largely neglected) philosophical proofs of God's existence: the Aristotelian proof, the Neo-Platonic proof, the Augustinian proof, the Thomistic proof, and the Rationalist proof.
Read more »
Posted by Edward Feser at 11:52 AM 59 comments:

The curious case of Pope Francis and the “new natural lawyers”

The “new natural law theory” (NNLT) was invented in the 1960s by theologian Germain Grisez and has found prominent advocates in law professors John Finnis and Robert P. George.  Other influential members of this school of thought include the philosophers Joseph Boyle and Christopher Tollefsen and the theologian E. Christian Brugger.  The “new natural lawyers” (as they are sometimes called) have gained a reputation for upholding Catholic orthodoxy, and not without reason.  They have been staunch critics of contraception, abortion, euthanasia, and “same-sex marriage.”  However, the NNLT also departs in several crucial ways not only from the traditional natural law theory associated with Thomas Aquinas and the Thomistic tradition (which is what makes the NNLT “new”), but also from traditional Catholic moral theology.
Read more »
Posted by Edward Feser at 4:52 PM 211 comments: