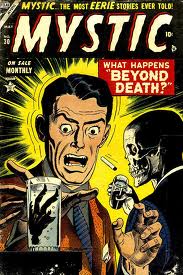 Brentano on the mental

What distinguishes the mental from the non-mental?  Franz Brentano (1838-1917), in Psychology from an Empirical Standpoint, famously takes intentionality to be the key.  He developed this answer by way of criticism of (what he took to be) the traditional Cartesian criterion.  Descartes held that the essence of matter lies in extension and spatial location.  Whatever lacks these geometrical features is therefore non-material.  Accordingly, it must fall into the second class of substances recognized by Descartes, namely mental substance.  As Brentano reads the Cartesian tradition, then, it holds that the essence of the mental is to be unextended and non-spatial.
Read more »
Posted by Edward Feser at 5:02 PM 39 comments:

Speaking of teleology: David Oderberg’s article “Finality Revived: Powers and Intentionality” has just appeared in Synthese.  It seems at the moment to be available for free viewing online, so take a look.  Readers interested in final causality and its relationship to the current debate in analytic metaphysics about the purported “physical intentionality” of causal powers will definitely find it of interest.

Readers of my recent First Things review of Jerry Coyne’s Faith versus Fact might find of interest atheist philosopher Keith Parsons’ comments on the review in the Letters pages of the latest issue of First Things.  My reply to Keith can also be found there. 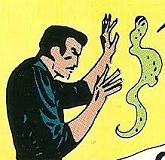 At The Philosophers’ Magazine online, Massimo Pigliucci discusses teleology and teleonomy.  His position has the virtues of being simple and clear.  Unfortunately, it also has the vices of being simplistic and wrong.  His remarks can be summarized fairly briefly.  Explaining what is wrong with them takes a little more doing.
Read more »
Posted by Edward Feser at 10:41 AM 186 comments:

Putting nature on the rack

What was it that distinguished the modern scientific method inaugurated by Bacon, Galileo, Descartes, and Co. from the science of the medievals?  One common answer is that the moderns required empirical evidence, whereas the medievals contented themselves with appeals to the authority of Aristotle.  The famous story about Galileo’s Scholastic critics’ refusing to look through his telescope is supposed to illustrate this difference in attitudes.


The problem with this answer, of course, is that it is false.  For one thing, the telescope story is (like so many other things everyone “knows” about the Scholastics and about the Galileo affair) a legend.  For another, part of the reason Galileo’s position was resisted was precisely because there were a number of respects in which it appeared to conflict with the empirical evidence.  (For example, the Copernican theory predicted that Venus should sometimes appear six times larger than it does at other times, but at first the empirical evidence seemed not to confirm this, until telescopes were developed which could detect the difference; the predicted stellar parallax did not receive empirical confirmation for a long time; and so forth.)
Read more »
Posted by Edward Feser at 6:54 PM 61 comments:

Longtime readers who frequent the comboxes of this blog will be familiar with Scott Ryan, who for many years was a regular commenter here.  He was also a moderator and regular commenter at the Classical Theism, Philosophy, and Religion Forum.  I was very sorry to learn that Scott died last week, apparently of a burst stomach ulcer.  I did not know Scott personally, but I always greatly valued his contributions to combox discussions, which consistently manifested Scott’s high intelligence, breadth of knowledge, sense of humor, clarity of expression, and charity toward others.  The exchanges on this blog have been of a consistently high quality in large part because of Scott’s presence.  (My recent book Neo-Scholastic Essays was dedicated to my readers.  Scott had become such a presence in the comboxes that when I wrote that dedication, and when I have thought about it in the months since, Scott’s would be the first name and face that would come to my mind.)


Recently Scott began the process of converting to Catholicism.  While reading through some of his recent posts at the Forum the other day, I came across this exchange.  It is especially poignant in light of Scott’s death, and that, together with the beauty, simplicity, and tranquility of the sentiments Scott expressed, brought tears to my eyes.


Many readers have been making their feelings about Scott known in the combox of an earlier post.  It is clear that they will miss him as much as I will.  Our prayers are with you Scott, and with your family.  RIP.