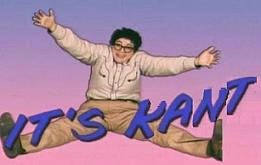 
[S]exuality is not an inclination which one human being has for another as such, but is an inclination for the sex of another… The desire which a man has for a woman is not directed towards her because she is a human being, but because she is a woman; that she is a human being is of no concern to the man; only her sex is the object of his desires. Human nature is thus subordinated. Hence it comes that all men and women do their best to make not their human nature but their sex more alluring and direct their activities and lusts entirely towards sex. Human nature is thereby sacrificed to sex. (Louis Infield translation, p.164)
Read more »
Posted by Edward Feser at 2:29 PM 238 comments: 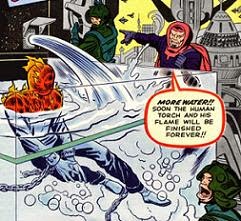 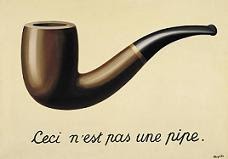 The old Scholastic manuals of the first half or so of the twentieth century are often hard to find, though fortunately many are now being made available again by Editiones Scholasticae, Wipf and Stock, and TAN Books, as well as by public domain reprint publishers like Kessinger, HardPress, and Literary Licensing.  Still, many remain out of print, and many have never been translated into English.  For some reason, the large older manuals of Catholic dogmatic theology seem harder to find than the philosophy and moral theology material.


Fr. Kenneth Baker has undertaken the project of translating Joseph Dalmau’s mammoth Sacrae Theologiae Summa (or Summa of Sacred Theology), originally published in 1955, into English.  It is being published by Keep the Faith, which puts out The Latin Mass magazine.  The first volume was recently published and advertised in the magazine.  Appearing out of sequence, it is Sacrae Theologiae Summa IIA: On the One and Triune God.  At the moment I do not see it advertised on their website, but I imagine that if you contact them by email you can find out how to order a copy.   (I ordered one after seeing the magazine ad -- the price was $35 -- and it arrived yesterday.)
Read more »
Posted by Edward Feser at 10:30 AM 54 comments: 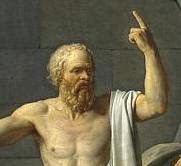 Christianity did not arise in a vacuum.  The very first Christians debated with their opponents in a cultural context within which everyone knew that there is a God and that he had revealed himself through Moses and the prophets.  The question, given that background, was what to think of Jesus of Nazareth.  Hence the earliest apologists were, in effect, apologists for Christianity as opposed to Judaism, specifically.  That didn’t last long.  As Christianity spread beyond Judea into the larger Mediterranean world, the question became whether to accept Christianity as opposed to paganism.  Much less could be taken for granted.


Still, significant common ground for debate was provided by Greek philosophy.  In Book VIII of The City of God, Augustine noted that thinkers in the Neoplatonic tradition had seen that God is the cause of the existence of the world; had seen also that only what is beyond the world of material and changeable things could be God; had understood the distinction between the senses and their objects on the one hand, and the intellect and its objects on the other, and affirmed the superiority of the latter; and had affirmed that the highest good is not the good of the body or even the good of the mind, but to know and imitate God.  In short, these pagan thinkers knew some of the key truths about God, the soul, and the natural law that are available to unaided human reason.  This purely philosophical knowledge facilitated Augustine’s own conversion to Christianity, and would provide an intellectual skeleton for the developing tradition of Christian apologetics and theology.
Read more »
Posted by Edward Feser at 8:16 PM 421 comments:

Dominicans Interactive is a new online initiative of the Irish Dominicans.  (Check out their Facebook page and website.)  Today the website reviews my book Aquinas.  From the review:


The chapter on natural theology deals with all five of Aquinas’s proofs for the existence of God… as well as containing a short treatment of the divine attributes (God’s simplicity, perfection, goodness, immutablity, and so on).  The reader will encounter in this chapter one of the most robust defences of the validity of every one of the arguments for the existence of God (Five Ways) available in the English language… This chapter is a tour de force and bears witness to Feser’s deserved reputation as a master of natural theology.  Both students and established scholars ought to acquire a copy of the book for the sake of this chapter alone.


Very kind!  The review also warns: “[A] note of caution: Feser’s book, while it ought to be required reading for any introductory course on Aquinas’s philosophy, is nonetheless very challenging for the neophyte.”  That’s worth emphasizing.  The book’s subtitle “A Beginner’s Guide” is a bit misleading.  It was not part of the original title when the book was contracted, and writing a “beginner’s guide” was not something I had in mind when working on it.  What happened is that after the book was finished the publisher decided to fold it into their “Beginner’s Guides” series.  In fact most readers will find it more challenging than The Last Superstition, though not as challenging as Scholastic Metaphysics.

The esteemed Lydia McGrew, a friend of this blog, wonders whether my defense of classical theism and criticisms of “Intelligent Design” theory can be reconciled with some of the miracle stories one finds in the Bible.  Her concerns are twofold.  First, such stories clearly attribute personal characteristics to God; yet classical theists reject what they call “theistic personalism.”  Second, the miracle stories in question involve effects which could at least in principle (Lydia claims) have been caused by something other than the God of classical theism; yet I have criticized ID theory precisely on the grounds that it cannot get you to the God of classical theism.

Neither “a person” nor impersonal


Lydia’s first objection, I’m sorry to say, rests on a pretty basic (albeit annoyingly common) misunderstanding.  Contrary to the impression she gives in her post, I have never denied that God is personal, nor do classical theists in general deny it.  On the contrary, like classical theists in general, I have argued that there is in God intellect and will, and these are the defining attributes of personhood; and as a Catholic I also affirm that there are in God three divine Persons.  So, I hardly regard God as impersonal.

Prof. Keith Parsons has posted his own opening statement in our second exchange, which is devoted to the topic of atheism, naturalism, and morality.  (An index of the posts in our first exchange can be found here.)  As it happens, there is a remarkable amount of agreement between what Keith says in his newest post and what I said in my opening post.  Both of us take a broadly Aristotelian approach to ethics, grounding the good for human beings in the biology of human nature.  Unsurprisingly, though, there is also disagreement.  I have argued that human biology can have moral import only if interpreted in light of an Aristotelian metaphysics.  Keith argues that it ought to be interpreted in light of a purely naturalistic metaphysics.  He would interpret the biological functions that ground what is good for us, not as instances of immanent teleology of the sort the traditional Aristotelian affirms, but rather in terms of Darwinian natural selection.  As Keith indicates, in this regard his views parallel those of Larry Arnhart.
Read more »
Posted by Edward Feser at 9:44 PM 25 comments:


John Farrell, Forbes science blogger extraordinaire (and friend of this blog), comments on my recent talk at Thomas Aquinas College, over at his own personal blog.  As you know if you’ve read or listened to the talk, I call for a return to Scholasticism within Catholic intellectual life as essential to sound theology and apologetics.  John has some kind words about my talk, for which I thank him, but he also expresses skepticism about the prospects of the metaphysics of the School and its Schoolmen (to use the jargon of the good old days).  Writes John:


My own sense is that Scholasticism can't work now because it presupposes an Aristotelian philosophy of nature that is simply not adequate to support what modern science has uncovered about the natural order.  Which is not to say it is no longer valid, but rather that it is too limited. [No one says Newtonian physics is wrong, but it only addresses a limited aspect of a much wider, broader nature.]
Read more »
Posted by Edward Feser at 6:33 PM 197 comments: