Was Aquinas a property dualist?

One must always be cautious when trying to relate Aquinas’s position on some philosophical issue to the options familiar to contemporary academic philosophers.  Sometimes he is not addressing quite the same questions they are, even when he seems to be.  Sometimes he does not use key terms in the same ways they do.  And he is working with a general metaphysical picture of the world – in particular, a picture of the nature of substance, essence, causation, matter, and other fundamental notions – that is radically different from the options familiar to contemporary philosophers, in ways the latter often do not realize.
Read more »
Posted by Edward Feser at 11:49 AM 34 comments: 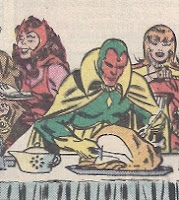 UPDATE 12/10: I'm told that the Gordon-Carrier debate has been cancelled and may be rescheduled for another date.

Palgrave Macmillan announces a Cyber Week Sale until December 3.  Good time to pick up that copy of Aristotle on Method and Metaphysics you’ve been pining for.

Readers in the Los Angeles area might be interested to know that there will be a debate on December 13 at 7 pm between Catholic writer Timothy Gordon and atheist Richard Carrier, at St. Therese Catholic Church in Alhambra.

The Last Superstition in French

My book The Last Superstition: A Refutation of the New Atheism is now available in a French translation.  The book is also available in Portuguese and German.

While we're on the subject of translations, I suppose I might offer a reminder that Five Proofs of the Existence of God and Philosophy of Mind are also available in German, and that a book of some of my essays is available in Romanian.

The Mr. Rogers biopic, with Tom Hanks in the starring role, comes out this week and has been getting a lot of positive attention – in some cases, embarrassingly rapturous attention.  This might seem surprising coming from Hollywood types and secular liberals, given that Rogers was a Presbyterian minister.  But of course, Rogers’ adherence to Christian teaching has nothing to do with it.  Commenting on the movie, Angelus magazine reports that “Hanks mentions that Rogers was indeed an ordained minister but seems to take comfort that Rogers ‘never mentioned God in his show.’”  In the movie’s trailer, a man says to Mr. Rogers “You love broken people, like me,” to which Rogers replies “I don’t think you are broken” – never mind the doctrine of original sin.
Read more »
Posted by Edward Feser at 6:16 PM 180 comments: 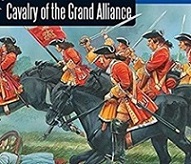 What’s in a name?  I’m an unreconstructed Thomist, but I would be the last to deny that it is a mistake to think that one man, Thomas Aquinas, somehow got everything right all by himself.  Aquinas was, of course, part of a much larger tradition that extends back to the ancient Greek philosophers.  Much of his achievement had to do with synthesizing the best elements from the different strands of thought he inherited from his predecessors, especially the Platonic-Augustinian and Aristotelian traditions.  And of course, his successors added further important elements to the mix.
Read more »
Posted by Edward Feser at 1:55 PM 46 comments:

Oppy and Lim on Five Proofs

Graham Oppy’s article “On stage one of Feser’s ‘Aristotelian proof’”, which responds to some of the arguments I give in Five Proofs of the Existence of God, has recently been posted at the website of the journal Religious Studies.  I will be writing up a response.  (In the meantime, readers who have not seen it may be interested in my recent debate with Oppy on Capturing Christianity.)

How bad can a bad pope get?  Pretty bad.  Here are two further examples from history.  Marcellinus was pope from c. 296 – 304.  During his pontificate, Emperor Diocletian initiated a persecution of the Christians, requiring the surrender of sacred texts and the offering of incense to the Roman gods.  Marcellinus and some of his clergy apparently complied, though Marcellinus is also said to have repented of this after a few days and to have suffered martyrdom as a result.  Some claim that by virtue of his compliance he was guilty of a formal apostasy that resulted in loss of the papal office, though his purported repentance and martyrdom also led to his veneration and recognition as a saint.
Read more »
Posted by Edward Feser at 1:51 PM 90 comments:

The strange case of Pope Vigilius

The increasingly strange pontificate of Pope Francis is leading many Catholics into increasingly strange behavior.  Some, like the emperor’s sycophants in the Hans Christian Anderson story, insist with ever greater shrillness that nothing Pope Francis does is ever really in the least bit problematic.  If your eyes seem plainly to be telling you otherwise, then it is, they insist, your lying eyes that are the problem.  Others, incapable of such self-deception, are driven into a panic by the pope’s manifestly problematic words and actions.  They overreact, either beating a retreat into sedevacantism or judging that the claims of Catholicism have been proven false and that the only recourse is Eastern Orthodoxy.
Read more »
Posted by Edward Feser at 6:41 PM 65 comments: