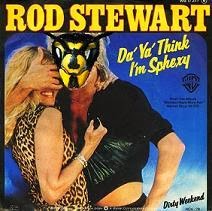 Sphex is a genus of wasp which Douglas Hofstadter, Daniel Dennett, and other writers on cognitive science and philosophy of mind have sometimes made use of to illustrate a point about what constitutes genuine intelligence.  The standard story has it that the female Sphex wasp will paralyze a cricket, take it to her burrow, go in to check that all is well and then come back out to drag the cricket in.  So far that might sound pretty intelligent.  However, if an experimenter moves the cricket a few inches while the wasp is inside, then when she emerges she will move the cricket back into place in front of the burrow and go in to check again rather than just take the cricket in directly.  And she will (again, so the standard story goes) repeat this ritual over and over if the experimenter keeps moving the cricket.
Read more »
Posted by Edward Feser at 1:12 PM 62 comments:

A complex god with a god complex

I thank Dale Tuggy for his two-part reply to my most recent remarks about his criticisms of classical theism, and I thank him also for his gracious remarks about my work.  In Part 1 of his reply Dale tries to make a biblical case against classical theism, and in Part 2 he criticizes the core classical theist doctrine of divine simplicity.  Let’s consider each in turn.  Here are what I take to be the key remarks in Part 1 (though do read the whole thing in case I’ve left out something essential).  Dale writes:


As best I can tell, most Christians … think, and have always thought of God as a great self…


For them, God is a “He.” They think God loves and hates, does things, hears them, speaks, knows things, and can be anthropomorphically depicted, whether in art, or in Old Testament theophanies. And a good number think that the one God just is Jesus himself – and Jesus is literally a self, and so can’t be Being Itself.
Read more »
Posted by Edward Feser at 12:09 AM 425 comments:

Commonweal reports that Peter Geach -- philosopher, one of the fathers of “analytical Thomism,” husband of Elizabeth Anscombe (with whom he is pictured in a famous photo by Steve Pyke), and Catholic father of seven -- has died.  A list of some of Geach’s publications can be found at Wikipedia.  I had reason to examine some of Geach’s ideas in a recent post. RIP.

A “zombie,” in the philosophical sense of the term, is a creature physically and behaviorally identical to a human being but devoid of any sort of mental life.  That’s somewhat imprecise, in part because the notion of a zombie could also cover creatures physically and behaviorally identical to some non-human type of animal but devoid of whatever mental properties that non-human animal has.  But we’ll mostly stick to human beings for purposes of this post.  Another way in which the characterization given is imprecise is that there are several aspects of the mind philosophers have traditionally regarded as especially problematic.  Jerry Fodor identifies three: consciousness, intentionality, and rationality.  And the distinction between them entails a distinction between different types of zombie.
Read more »
Posted by Edward Feser at 4:43 PM 69 comments:


David Oderberg’s article “The Morality of Reputation and the Judgment of Others” appears in the latest issue of the Journal of Practical Ethics.  (Don’t miss the accompanying podcast.)


Metaphysician Stephen Mumford blogs about pop culture and the arts at Arts Matters.  Check out his posts on his preference for paper over digital books, and on comic book artist Jim Steranko.
Read more »
Posted by Edward Feser at 11:42 AM 49 comments:

Dale Tuggy has replied to my remarks about his criticism of the classical theist position that God is not merely “a being” alongside other beings but rather Being Itself.   Dale had alleged that “this is not a Christian view of God” and even amounts to “a kind of atheism.”  In response I pointed out that in fact this conception of God is, historically, the majority position among theistic philosophers in general and Christian philosophers in particular.  Dale replies:


Three comments. First, some of [Feser’s] examples are ambiguous cases. Perfect Being theology goes back to Plato, and some, while repeating Platonic standards about God being “beyond being” and so on, seem to think of God as a great self. No surprise there, of course, in the case of Bible readers. What’s interesting is how they held – or thought they held – these beliefs consistently together. Second, who cares who’s in the majority? Truth, I’m sure he’ll agree, is what matters. Third, it is telling that Feser starts with Plato and ends with Scotus and “a gazillion” Scholastics. Conspicuous by their absence are most of the Greats from early modern philosophy. Convenient, because most of them hold, with Descartes, that our concept of God is the “…idea of a Being who is omniscient, omnipotent and absolutely perfect… which is absolutely necessary and eternal.” (Principles of Philosophy 14)
Read more »
Posted by Edward Feser at 6:36 PM 93 comments: 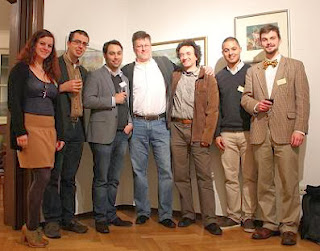 Back today from an excellent conference on the theme “New Scholastic Meets Analytic Philosophy” hosted by the Lindenthal Institut, with cooperation from the publisher Editiones Scholasticae, in Cologne, Germany.  (Since the best return flight option required staying an extra day, I was fortunate to have the opportunity to visit Cologne Cathedral and the tombs of Albertus Magnus and Duns Scotus.)  An impressive group of students from KU Leuven attended the conference.  David Oderberg and I are pictured with them above.

Dude, where’s my Being?

It must be Kick-a-Neo-Scholastic week.  Thomas Cothran calls us Nietzscheans and now my old grad school buddy Dale Tuggy implicitly labels us atheists.  More precisely, commenting on the view that “God is not a being, one among others… [but rather] Being Itself,” Dale opines that “this is not a Christian view of God, and isn’t even any sort of monotheism.  In fact, this type of view has always competed with the monotheisms.”  Indeed, he indicates that “this type of view – and I say this not to abuse, but only to describe – is a kind of atheism.”  (Emphasis in the original.)


Atheism?  Really?  What is this, The Twilight Zone?  No, it’s a bad Ashton Kutcher movie (if you’ll pardon the redundancy), with metaphysical amnesia replacing the drug-induced kind -- Heidegger’s “forgetfulness of Being” meets Dude, Where’s My Car?
Read more »
Posted by Edward Feser at 12:35 AM 475 comments: