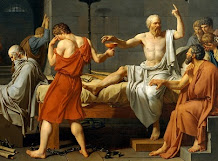 Socrates was so critical of his country that he was put to death by it.  Yet he could have escaped execution had he wanted to.  The reason he did not, as he famously explained in Plato’s Crito, was out of loyalty to the country of which he was so critical, and which willed to destroy him.  I don’t think that Socrates’ example is, in this case, one that we are bound to follow; Aristotle did no wrong in fleeing, lest Athens sin twice against philosophy.  All the same, that example is worth pondering for contemporary conservatives tempted to oikophobia by the sorry state of the West, and for Catholics tempted by the sorry state of the Church’s human element to depart from her, or to refuse due submission to the Roman Pontiff.
Read more »
Posted by Edward Feser at 12:37 PM 96 comments:

Modern moral philosophers typically have much to say about abstract principles, but are not of much help for the average person seeking concrete moral advice.  Self-help books, meanwhile, have practical relevance but are philosophically superficial.  One of the strengths of Aquinas’s ethics is that it is philosophically sophisticated while at the same time offering practical guidance to non-philosophers.  This is especially true of his treatment of the virtues.  But even Aquinas sometimes needs a bit of exposition to make him accessible to modern readers.
Read more »
Posted by Edward Feser at 4:01 PM 21 comments:

Whose pantheism? Which dualism? A Reply to David Bentley Hart 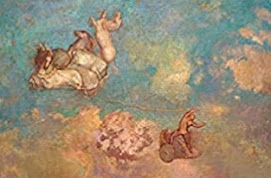 Over at Substack, David Bentley Hart has written an open letter in reply to my recent review, at Public Discourse, of his book You Are Gods: On Nature and Supernature.  What follows is my own open letter in response.  Before reading it, it would help if you’ve already read my review and Hart’s reply.

Many thanks for your enjoyable and vigorous rejoinder.  If your eyes fall on this, I know they will be rolling at the prospect of yet another round.  But I cannot resist a reply to what seem to me basic misunderstandings, along with crucial concessions disguised as rebuttals.  I do promise to refrain from Photoshop antics and cheap puns, for the sake of preserving our armistice and basic good taste.  Plus, I wouldn’t want any of your readers to spill their sherry. 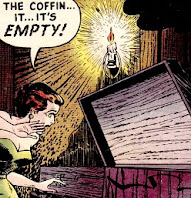 In my recent post criticizing Benevacantism, I deliberately avoided naming specific individuals, in the hope of preventing the debate from degenerating into a clash of personalities.  I also said: “I make no judgment here about the culpability of those drawn to this error, many of whom are well-meaning people understandably troubled by the state of the Church and the world.”  Unfortunately, not everyone is keen on keeping the discussion civil or focused on arguments and evidence.
Read more »
Posted by Edward Feser at 3:29 PM 76 comments:

Benevacantism is scandalous and pointless 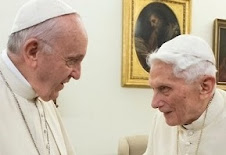 In his book The Plato Cult and Other Philosophical Follies, David Stove observes that an argument once given by philosopher of science Imré Lakatos “manages to be scandalous and pointless at the same time” (p. 8).  He was referring to Lakatos’s having made use of certain historical examples, some of the details of which Lakatos admitted he had made up himself.  The idea is that, as bad as dishonest scholarship is, worse still is defeating the whole purpose by admitting that that is what you are doing.  I put aside for present purposes the question of whether Stove’s characterization of Lakatos was actually fair.  What I’m interested in here is the general idea of a position that is simultaneously scandalous and pointless.
Read more »
Posted by Edward Feser at 12:06 AM 105 comments:

Two Harts beaten as one

At the blog Jesus and the Ancient Paths, PhD student Seth Hart defends his namesake David Bentley Hart against the objections I raised in my Public Discourse review of the latter Hart’s new book You Are Gods: On Nature and Supernature.  What follows is a response to the former Hart’s four lines of criticism.  In case you are wondering, the article informs us that there is no relation between the two Harts.  To avoid confusion, I’ll mostly refer to them as “S. Hart” and “D. B. Hart” in what follows.  I am, in any event, thrilled by the prospect of some new cringeworthy puns.
Read more »
Posted by Edward Feser at 4:14 PM 114 comments:

For readers who are wondering, yes, I’m on Twitter now.  (I’m not referring to the fan account that has been there for some time, but to my own personal account: @FeserEdward)  I confess to feeling somewhat unclean, since I have not changed my very low opinion of the medium.  The reason for signing up is simply to be able to see what is going on, and I don’t intend to be very active on it myself.  If I ever am, I ask my family and friends to stage an intervention.
Posted by Edward Feser at 12:44 PM 30 comments: