Nagel and his critics, Part IV

Science has produced no standard account of the origins of life.

We have a superb understanding of how we get biological variety from simple, living starting points. We can thank Darwin for that. And we know that life in its simplest forms is built up out of inorganic stuff. But we don't have any account of how life springs forth from the supposed primordial soup. This is an explanatory gap we have no idea how to bridge.

Science also lacks even a back-of-the-envelop [sic] concept explaining the emergence of consciousness from the behavior of mere matter. We have an elaborate understanding of the ways in which experience depends on neurobiology. But how consciousness arises out of the action of neurons, or how low-level chemical or atomic processes might explain why we are conscious — we haven't a clue.

We aren't even really sure what questions we should be asking.

These two explanatory gaps are strikingly similar… In both cases we have large-scale phenomena in view (life, consciousness) and an exquisitely detailed understanding of the low-level processes that sustain these phenomena (biochemistry, neuroscience, etc). But we lack any way of making sense of the idea that the higher-level phenomena just come down to, or consist of, what is going on at the lower level.
Read more »
Posted by Edward Feser at 12:33 PM 219 comments:

The cardinal virtues are wisdom, courage, moderation, and justice.  They are so called because they are traditionally regarded as the “hinge” (cardo) on which the rest of morality turns.  We find them discussed in Plato’s Republic and given a more given systematic exposition in Aquinas’s Summa Theologiae.

Nagel and his critics, Part III


In the previous installment in this series of posts on Thomas Nagel’s Mind and Cosmos, I looked at some objections to Nagel raised by Brian Leiter and Michael Weisberg.  I want now to turn to Elliot Sober’s review in Boston Review.  To his credit, and unlike Leiter and Weisberg, Sober is careful to acknowledge that:

Nagel’s main goal in this book is not to argue against materialistic reductionism, but to explore the consequences of its being false.  He has argued against the -ism elsewhere, and those who know their Nagel will be able to fill in the details.

Sober then goes on to offer a brief summary of the relevant positions Nagel has defended in earlier works like his articles “What Is It Like to Be a Bat?” and “The Psychophysical Nexus.”  As I emphasized in my previous post, keeping these earlier arguments in mind is crucial to giving the position Nagel develops in Mind and Cosmos a fair reading.  Unfortunately, however, having reminded his readers of these earlier arguments of Nagel’s, Sober immediately goes on to ignore them.
Read more »
Posted by Edward Feser at 12:29 PM 92 comments:

Letters, I get letters

It’s time, I think, to repeat something I’ve said before.  I get lots of reader feedback -- in the form of emails, combox remarks, letters, and so forth -- and (apart from the scribblings of the occasional nasty crackpot) I appreciate all of it.  But I’m afraid that I am able to respond to very little of it.  I get long and detailed emails asking various philosophical and theological questions, people requesting that I read manuscripts or help them get something published, people raising detailed criticisms of my work and asking for a response, people asking for advice about which books to read or which academic programs to consider entering, people requesting spiritual or other personal advice.  In one case a got a request for help in getting a movie made; in another I had a reader turn up in my classroom out of the blue wanting me to sign a book.  I also get people in the blog combox asking me to answer various questions or to respond to various objections.  Sometimes I feel like Harry Tuttle.  It is simply humanly impossible for me to respond, in detail or even at all, to most of these requests.  I’m sorry, I wish I could, but I simply cannot.
Read more »
Posted by Edward Feser at 8:08 PM 29 comments:

My review of Alvin Plantinga’s recent book Where the Conflict Really Lies: Science, Religion, and Naturalism appears in the latest (December) issue of First Things.  Also in the issue are articles by John Haldane on Thomas Nagel and Thomas Aquinas, Stephen Barr on chance and design, and lots of other interesting stuff.

Yes, the election was a disaster and does not speak well of the state of the country.  But just as 1980, 1984, 1988 and 2004 were not guarantees of perpetual Republican hegemony, neither were 1992, 1996, 2008, or 2012 harbingers of a Democratic Thousand Year Reich.  R. R. Reno’s very wise advice is (among other things) to calm down and don’t over-interpret the results.  Megan McArdle also offers some useful reflections.

UPDATE: The election saved ObamaCare, right?  It's not that simple, says John C. Goodman, who argues that the "flaws in ObamaCare... are so serious that the Democrats are going to have to perform major surgery on the legislation in the next few years, even if all the Republicans do is stand by and twiddle their thumbs."

You might recognize the name of atheist blogger Chris Hallquist, who styles himself “The Uncredible Hallq,” from an earlier post.  I there characterized him as “unliterate” on the grounds that while he is capable of reading, he does not bother to do so.  (Hallquist had egregiously misrepresented something I had written in an earlier post, and made some silly and false remarks about what was and was not covered in my book Aquinas while admitting that he hadn’t read more than 15 pages of it.)  But it seems that was not quite right.  It may be that, like Otto in the movie A Fish Called Wanda (to borrow an example I used in The Last Superstition), Hallquist does read; he just doesn’t understand.
Read more »
Posted by Edward Feser at 12:10 AM 96 comments:

So, it’s time for recriminations.  Whom to blame?  I nominate Chief Justice John Roberts.  Not for Obama’s victory, but for ensuring, single-handedly, that the consequences of that victory will be as devastating as possible.  For the future of Obamacare now seems assured.  The Affordable Care Act is the heart of the president’s project of radically transforming the character of the American social and political order.  As Justice Kennedy put it, the Act “changes the relationship of the Federal Government to the individual in [a] very fundamental way.”  It was rammed through Congress in an act of sheer power politics, without bipartisan support and against the will of the American people.  It is manifestly unconstitutional (Roberts’ sophistical attempt to show otherwise notwithstanding -- more on that presently).  It is a violation of the natural law principle of subsidiarity that will exacerbate rather than solve the problems it was purportedly intended to address, and it has opened the door to an unprecedented attack on the freedom of the Catholic Church to carry out its mission.   And it will massively increase the already staggering national debt.  Roberts, a conservative and a Catholic who no doubt personally opposes the Act, had the power to stop it, the constitutional basis for stopping it, and indeed the moral right and duty to stop it.  And instead he upheld it, leaving the election of a new president the only realistic alternative way of stopping it.  Now that path too is closed.
Read more »
Posted by Edward Feser at 9:40 PM 306 comments: 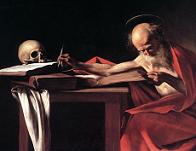 Rome had been besieged and its citizens had been forced to buy their lives with gold.  Then thus despoiled they had been besieged again so as to lose not their substance only but their lives.  My voice sticks in my throat; and, as I dictate, sobs choke my utterance.  The City which had taken the whole world was itself taken; nay more famine was beforehand with the sword and but few citizens were left to be made captives.  In their frenzy the starving people had recourse to hideous food; and tore each other limb from limb that they might have flesh to eat.  Even the mother did not spare the babe at her breast.  In the night was Moab taken, in the night did her wall fall down. (Isaiah 15:1)  “O God, the heathen have come into your inheritance; your holy temple have they defiled; they have made Jerusalem an orchard. The dead bodies of your servants have they given to be meat unto the fowls of the heaven, the flesh of your saints unto the beasts of the earth.  Their blood have they shed like water round about Jerusalem; and there was none to bury them”
Read more »
Posted by Edward Feser at 12:07 AM 115 comments:

With readers at the ACPA in L.A.

On Friday I attended the first day of the American Catholic Philosophical Association meeting here in Los Angeles, and had the pleasure of meeting longtime readers Eric Mendoza, Alfredo Watkins, and Alex Yousif.  That’s me with Eric, Alfredo, and Alex, respectively, in the first two photos.  (By the way, you can find Eric’s blog here and Alfredo’s here.  Go check ‘em out.)

So, small world.  How small?  I’d find out that evening when a few of us professors went to the Chart House in Marina del Rey for dinner.
Read more »
Posted by Edward Feser at 4:14 PM 13 comments:

Steely Dan freaks will have taken note of Donald Fagen’s new solo album Sunken Condos, and if they’re like me they’ll also have been wearing it out in the two weeks plus since it was released.  This fellow can’t make a bad album.

Steely Dan songs are often character sketches, often of sketchy characters -- the jewel thief of “Green Earrings,” the drug dealer of “Glamour Profession,” the pervert of “Everyone’s Gone to the Movies,” the loser of “What A Shame About Me,” and so forth -- and several of the tunes on the new Fagen album are in this mold.  And as with many Dan songs, some of these sketches are also drawn from a first-person point of view, the music and lyrics together conveying “what it is like” to be the character in question -- a kind of jazz-funk phenomenology.
Read more »
Posted by Edward Feser at 12:32 PM 14 comments: 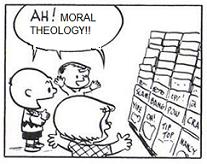 Some time back I posted a set of links to some older works in Scholastic philosophy and theology available online via Archive.org.  Fans of Scholastic moral theology will be interested to know that five volumes of The Casuist: A Collection of Cases in Moral and Pastoral Theology, a very useful series published about a century ago, are also available online.  Here are the links: Volume 1; Volume 2; Volume 3; Volume 4; Volume 5.