Busy week and a half coming up, but I’d never leave you without something to read.


Nautilus recounts the debate between Bergson and Einstein about the nature of time.


Preach it.  At Aeon, psychologist Robert Epstein argues that the brain is not a computer.


A new Philip K. Dick television anthology series is planned.  In the meantime, gear up for season 2 of The Man in the High Castle.


John Haldane has been busy in Australia: a lecture on sex, a lecture on barbarism, a Q and A, and an essay on transgenderism and free speech.  Full report from The Catholic Weekly.
Read more »
Posted by Edward Feser at 1:00 PM 181 comments: 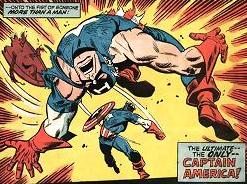 Some philosophical claims are, or at least seem to be, self-defeating.  For example, an eliminative materialist who asserts that there is no such thing as meaning or semantic content is implying thereby that his own assertion has no meaning or semantic content.  But an utterance can be true (or false) only if it has meaning or semantic content.  Hence the eliminative materialist’s assertion entails that it is itself not true.  (I’ve addressed this problem, and various futile attempts to get around it, many times.)  Cognitive relativism is also difficult to formulate in a way that isn’t self-defeating.  I argue in Scholastic Metaphysics that scientism, and Hume’s Fork, and attempts to deny the existence of change or to deny the principle of sufficient reason, are also all self-defeating.  This style of criticism of a position is sometimes called a retorsion argument.
Read more »
Posted by Edward Feser at 3:01 PM 90 comments:

In a previous post I examined the late Hilary Putnam’s engagement with the Aristotelian-Thomistic tradition on a topic in the philosophy of mind.  Let’s now look at what Putnam had to say about Aristotelian-Thomistic ideas in natural theology.  In his 1997 paper “Thoughts Addressed to an Analytical Thomist” (which appeared in an issue of The Monist devoted to the topic of analytical Thomism), Putnam tells us that while he is not an analytical Thomist, as “a practicing Jew” he could perhaps be an “analytic Maimonidean.”  The remark is meant half in jest, but that there is some truth in it is evident from what Putnam says about the topics of proofs of God’s existence, divine simplicity, and theological language.


Putnam is not unsympathetic to some of the traditional arguments for God’s existence, such as those defended by Aquinas and Maimonides. He rejects the assumptions, common among contemporary secular academic philosophers, that such arguments are uniformly invalid, question-begging, or otherwise fallacious, and that it is absurd even to try to prove God’s existence.  He notes the double standard such philosophers often bring to bear on this subject:
Read more »
Posted by Edward Feser at 11:37 AM 13 comments:

Putnam and analytical Thomism, Part I

Hilary Putnam, who died a couple of months ago, had some interest in the Aristotelian-Thomistic tradition, even if in part it was a critical interest.  One area where this interest manifested itself is the philosophy of mind; another is the philosophy of religion.  I’ll address the former in this post and the latter in a later post.  Let’s consider in particular an exchange between Putnam and the analytical Thomist philosopher John Haldane in the volume Hilary Putnam: Pragmatism and Realism, edited by James Conant and Urszula Zeglen.
Read more »
Posted by Edward Feser at 12:42 PM 41 comments:

My article “From Aristotle to John Searle and Back Again: Formal Causes, Teleology, and Computation in Nature” appears in the Spring 2016 issue (Vol. 14, No. 2) of Nova et Vetera.  There is also a response to the article by Fr. Simon Gaine.  These papers were presented at the symposium on the theme What Has Athens to Do with Jerusalem? that was held at the Dominican School of Philosophy and Theology in Berkeley in July of 2014, and the issue contains all the other plenary session presentations (by Fr. Michael Dodds, Alfred Freddoso, John O’Callaghan, Fr. Michał Paluch, John Searle, Fr. Robert Sokolowski, and Linda Zagzebski), along with the responses to those presentations.
Read more »
Posted by Edward Feser at 9:37 AM 82 comments:

My review of Charles Taylor’s new book The Language Animal: The Full Shape of the Human Linguistic Capacity appears in the May 23 issue of National Review. 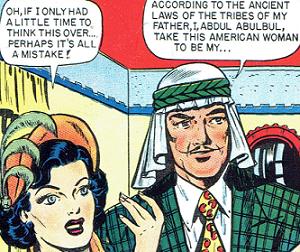 Not too long ago I discussed the relationship between liberalism and Islam.  More recently I discussed the logic of falsification.  Let’s now combine the themes.  Former federal terrorism prosecutor Andrew McCarthy recently wrote:


Last year, Americans were horrified by the beheadings of three Western journalists by ISIS. American and European politicians could not get to microphones fast enough to insist that these decapitations had nothing to do with Islam.  Yet within the same time frame, the government of Saudi Arabia beheaded eight people for various violations of sharia -- the law that governs Saudi Arabia.
Read more »
Posted by Edward Feser at 7:26 PM 465 comments: