Let’s take another trip into the philosophical and theological gold mine that is Peter Geach’s book Providence and Evil, and this time consider his chapter on Hell.  At first I wondered whether it was appropriate to close out the year with a post on a subject so grim and unpleasant.  But on second thought it occurred to me that it is an ideal topic.  What better preparation for forming New Year’s resolutions than a reminder of where we are all headed if we do not repent of whatever sins we remain attached to?
Read more »
Posted by Edward Feser at 6:07 PM 102 comments:

The still, small voice of Christmas

Among the lessons of Christmas is the truth of the principle illustrated by this famous Old Testament passage.  We often expect, or at least desire, special divine assistance to be instant and dramatic, like a superhero swooping to the rescue in a Marvel movie.  And we lose hope when that doesn’t happen.  But God only rarely works that way, and such dramatics have to be rare lest grace smother nature.  Special divine assistance is in the ordinary course of things subtle and gradual – a still, small voice rather than a whirlwind, earthquake, or fire – but nevertheless unmistakable when the big picture is kept in view. 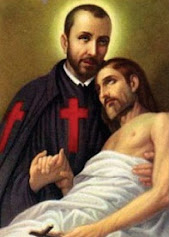 I commend to you Catholic philosopher Josh Hochschild’s recent EDIFY video addressing the question “Are Vaccine Mandates Ethical?”  His position is that those who wish to take one of the Covid-19 vaccines can do so in good conscience, but also that vaccination must be voluntary.  As regular readers of this blog know, that is also my own position.  More importantly, it is the teaching of the Church.  I also highly recommend the article “Using Abortion-Derived Vaccines: A Moral Analysis” by Fr. Ezra Sullivan and Fr. Leon Kuriakos Pereira, which appears in the current issue of Nova et Vetera.  It is the most thorough defense of the Church’s teaching on this subject that I am aware of.  It is also a salutary antidote to the fanaticism that has unfortunately taken deep root on both sides of this issue, among those who insist that everyone must refuse to take the vaccine and those who insist that everyone must be required to take it.  Both positions are contrary to reason and charity.  This is a matter about which the individual conscience ought to be at liberty.
Read more »
Posted by Edward Feser at 3:15 PM 133 comments:

In his classic book Suicide of the West, James Burnham famously characterized liberalism as “the ideology of Western suicide.”  I’ve been meaning for some time to write up an essay on the book.  This isn’t it.  But Burnham’s thesis came to mind when reading Michael Anton’s essay “Unprecedented” in the latest New Criterion, because the phenomena Anton cites clearly confirm Burnham’s analysis.

Ours is a civilization in decline, and at a rapidly accelerating pace.  That isn’t new in human history.  But the precise manner in which it is disintegrating seems to be unprecedented, which is the reason for the title of Anton’s essay.  What has effectively become the ideology of the ruling classes, which goes by many names – political correctness, “wokeness,” “critical social justice,” the “successor Ideology,” the baizuo mentality, and so on – manifests a perverse self-destructiveness and nihilism that, as Anton argues, appears sui generis.

Rowman and Littlefield has just published the anthology Dissident Philosophers: Voices Against the Political Current of the Academy, edited by T. Allan Hillman and Tully Borland.  (The hardcover version is expensive, but the publisher’s website indicates that there is also a cheaper eBook version.)  My article “The Metaphysical Foundations of Conservatism” appears in the volume.  The other contributors are Francis J. Beckwith, John Bickle, Marica Bernstein, Daniel Bonevac, Jason Brennan, Rafael De Clercq, Dan Demetriou, Michael Huemer, Eric Mack, J. P. Moreland, Jan Narveson, Michael Pakaluk, Neven Sesardić, Steven C. Skultety, William F. Vallicella, and Robert Westmoreland.  In his blurb for the book, Prof. Thomas Kelly of Princeton University writes: “An interesting and at times fascinating glimpse into the thought of a group of heterodox intellectuals.  In addition to the clear presentation of well-developed philosophical views that challenge left-wing orthodoxies, their personal experiences and reflections on what is involved in being a professional philosopher who dissents from those orthodoxies makes for compelling reading.”
Posted by Edward Feser at 11:48 AM 16 comments:

Recently we dipped into Peter Geach’s book Providence and Evil.  Let’s do so again, looking this time at what he has to say about the doctrine of original sin.  Geach says that the doctrine holds that human beings have “inherited… [a] flawed nature,” and indeed that:

The traditional doctrine is that since the sin of our first parents, men have been conceived and born different in nature from what they would have been had our first parents stood firm under trial.  As C. S. Lewis puts it, a new species, not made by God, sinned itself into existence. (pp. 89-90)