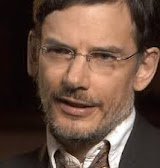 Quentin Smith, one of the most formidable of contemporary atheist philosophers, died late last year.  One of the reasons he was formidable is that he actually knew what he was talking about.  Most of his fellow atheist philosophers do not, as Smith himself lamented.  In his article “The Metaphilosophy of Naturalism,” Smith opined that “the great majority of naturalist philosophers have an unjustified belief that naturalism is true and an unjustified belief that theism (or supernaturalism) is false.”  He thought that most of them held their opinion as a prejudice, and didn’t know or engage with the most serious arguments of the other side.  If that is true even of most atheist philosophers, it is even more true of atheists outside of philosophy – other secularist academics, New Atheist propagandists, Reddit loudmouths, et al.
Read more »
Posted by Edward Feser at 4:27 PM 198 comments: 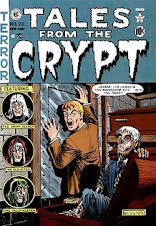 Can a Thomist reason to God a priori?

A priori knowledge, as modern philosophers use the term, is knowledge that can be gained independently of sensory experience.  Knowledge of mathematical and logical truths – 2 + 2 = 4, ~ (p • ~ p), etc. – provide the stock examples.  Anselm’s ontological argument contrasts with arguments like Aquinas’s Five Ways by trying to reason to God’s existence in a manner that is a priori in this sense.  Aquinas begins with empirical premises (about the reality of change, the existence of causal chains in nature, etc.) and reasons to God as the cause of the facts described in the premises.  Anselm’s argument, by contrast, begins with a definition of God as the greatest conceivable being and an axiom to the effect that what exists in reality is greater than what exists in thought alone, and reasons to God’s existence as the logical implication of these a priori premises.
Read more »
Posted by Edward Feser at 3:26 PM 154 comments: 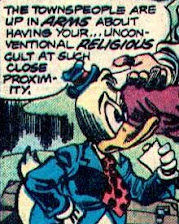 The question is notoriously controversial.  Consider a definition like the following, from Bernard Wuellner’s Dictionary of Scholastic Philosophy:

religion, n. 1. the sum of truths and duties binding man to God. 2. personal belief and worship in relation to God.  Religion includes creed, cult, and code.