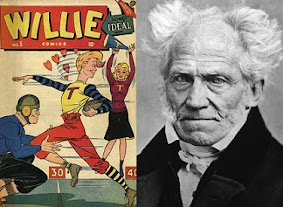 Our series has examined how atheists of earlier generations often exhibited a higher degree of moral and/or metaphysical gravitas than the sophomoric New Atheists of more recent vintage.  As we’ve seen, this is true of Nietzsche, Sartre, Freud, Marx, and even Woody Allen.  There is arguably even more in the way of metaphysical and moral gravitas to be found in our next subject, Arthur Schopenhauer.  Plus, I think it has to be said, the best hair.  So let’s have a look, if you’re willing.
Read more »
Posted by Edward Feser at 1:58 PM 74 comments:

David S. Oderberg and others on free speech, in the new anthology Having Your Say: Threats to Free Speech in the 21st Century, edited by J. R. Shackleton.

In First Things, William Lane Craig in quest of the historical Adam.  Christianity Today interviews Craig about his new book on the subject.

At Rolling Stone, Steely Dan’s Donald Fagen on the release of two live albums and the prospect of a new album.  Fagen is interviewed at Variety and the Tablet.  The Ringer on the Dan’s new following among millennials.  Elliot Scheiner on engineering Gaucho.

Truth as a transcendental

Last June, I presented a talk on the topic “Truth as a Transcendental” at the Aquinas Philosophy Workshop on the theme Aquinas on Knowledge, Truth, and Wisdom in Greenville, South Carolina.  You can now listen to the talk at the Thomistic Institute’s Soundcloud page.  (What you see above is the chart on the transcendentals referred to in the talk.  Click on the image to enlarge.  You'll also find a handout for the talk, which includes the chart, at the link to the Soundcloud audio of the talk.)
Posted by Edward Feser at 8:04 PM 47 comments:

From Socrates to Stock

Socrates is a model for all philosophers, not only because he pursued the truth through rational argumentation, but because he did so uncompromisingly, even at the cost of his life.  And he was executed, not by religious authorities and not by a dictator, but by democratic, egalitarian, purportedly tolerant Athens.  This would lead his student Plato to warn us, in the Republic, that the unruly passions spawned by egalitarianism are by no means the friends of reason and philosophy.  Woke politics and cancel culture provide the latest confirmation of this thesis.
Read more »
Posted by Edward Feser at 5:32 PM 116 comments:

Covid-19 vaccination should not be mandatory 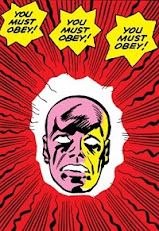 In a recent post, I argued that a Catholic can in good conscience take one of the Covid-19 vaccines, but also that such vaccination should not be mandatory.  In a follow-up post, I expanded on the first point.  Let’s now expand on the second.

Thomistic natural law theory and Catholic moral theology are not libertarian, but neither are they statist.  They acknowledge that we can have enforceable obligations to which we do not consent, but also insist that there are limits to what government can require of us, and qualifications even where it can require something of us.  In the case of vaccine mandates (whether we are talking about Covid-19 vaccines, polio vaccines, or whatever), they neither imply a blanket condemnation of such mandates nor a blanket approval of them.  There is nuance here that too many hotheads on both sides of the Catholic debate on this issue ignore.

Serial killer Jeffrey Dahmer was murdered in prison almost thirty years ago.  Suppose that, before his body was removed from the crime scene, a prison guard had clipped off some of his fingernails as a ghoulish souvenir.  Suppose further that this guard dabbled in genetics and cloning as a hobby.  And suppose he somehow figured out a way to make exact copies of the fingernails, so that he could sell them on eBay to people interested in serial killer memorabilia.  Now suppose that almost thirty years later, you develop a novel nail clipper design.  You work up a prototype and test it – using one of the cloned Dahmer fingernails as your test material.  They work great, and you go on to manufacture and market the clippers.  Suppose they are so successful that all the other nail clipper manufacturers go out of business.  If people want to clip their nails, they need to buy your product.
Read more »
Posted by Edward Feser at 2:12 PM 55 comments:

Covid-19 vaccination is not the hill to die on 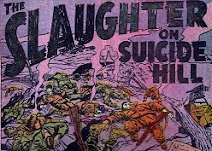 What should Catholics think about the Covid-19 vaccines and about vaccine mandates?  I keep getting asked about this, so a post devoted to the topic seems in order.  As I have said before, I think that the statement on these subjects issued last year by the Congregation for the Doctrine of the Faith (CDF) gets things exactly right.  The vaccines can be taken in good conscience, but authorities ought to keep them voluntary rather than making them mandatory.  (For those who are wondering, yes, I’ve been vaccinated, as have several other members of my family.)
Read more »
Posted by Edward Feser at 12:40 PM 97 comments: