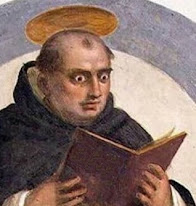 Every now and then I point out examples of professional academic philosophers badly misinterpreting some traditional argument for God’s existence, or mind-body dualism, or a natural law conclusion in ethics, or some other idea that is out of step with the naturalistic zeitgeist.  This is, I think, a useful exercise, because it shows how the conventional wisdom on these matters does not rest on actual knowledge or understanding of the ideas criticized.  It is instead held in place by errors and unexamined prejudices that mainstream academics who do not specialize in these matters tend to repeat back to one another and pass on to each new generation of graduate students, who then enter the profession and also repeat them back to each other and to their own students.  This has, over time, created a general assumption that “everyone knows” that the arguments are no good and not worth investigating further, even though a little effort would show that what “everyone knows” is demonstrably false.
Read more »
Posted by Edward Feser at 5:35 PM 227 comments:

Meta-abstraction in the physical and social sciences 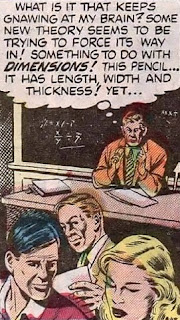 One of the themes of Aristotle’s Revenge is the centrality of mathematical abstraction to modern scientific method, and the ways that it both affords modern physics tremendous predictive power but also, if we are not careful, is prone to generate philosophical fallacies and metaphysical illusions.  This is especially so where we are dealing with abstractions from abstractions – meta-abstractions, if you will.

In his recent book on the philosophy of time, Raymond Tallis notes how this has happened in modern thinking about the nature of space and time.  First, physical space has come to be conflated with geometry.  Whereas the notions of a point, a line, a plane and the like were originally merely simplifying abstractions from concrete physical reality, the modern tendency has been to treat them as if they were the constituents of concrete physical reality.  But then a second stage of abstraction occurs when geometrical concepts are in turn conflated with values in a coordinate system.  Points are defined in terms of numbers, relations between points in terms of numerical intervals, length, width and depth in terms of axes originated from a point, and so on.  Time gets folded into the system by representing it with a further axis.  Creative mathematical manipulations of this doubly abstract system of representation are then taken to reveal surprising truths about the nature of the concrete space and time we actually live in.

Lacordaire on the existence of God

Preaching on theological topics is a tricky business.  The more substantive and rigorous a sermon, the greater the danger of its being inaccessible to the average listener.  But the more accessible it is, the greater the danger of its being woolly and banal.  (In our egalitarian and mawkish age, the latter vice is by far the more common one.  Indeed, I don’t think I’ve ever heard a sermon that exhibited the former vice.)   The 19th-century Dominican theologian Henri-Dominique Lacordaire was famously able to strike the right balance.  Like other writers of the period, he has a style that to the contemporary reader is bound to seem a bit purple and prolix.  But, I think, he stops short of excess even on that score – indeed, the tone is, if anything, refreshing.  Whereas rhetorical excess in contemporary preaching tends to pull our attention downward, to our own petty sentimentalities, Lacordaire’s flourishes raise it up to God.
Read more »
Posted by Edward Feser at 5:07 PM 249 comments:

Many readers will be familiar already with the Thomistic Institute’s outstanding Aquinas 101 series of videos, which provide brief introductions to a wide variety of topics from Aquinas’s thought.  The Institute has now announced a new video series, Aquinas 101: Science and Faith, which will explore topics such as evolution, neuroscience, miracles, quantum mechanics, psychology, scientific method, reductionism, and the like.  The series begins on March 16, and the videos will be released weekly.  And on March 10, the trailer for the series will premiere and the Institute will host a live Q & A.

The Thomistic Institute also makes available a wide variety of other excellent video materials.  And while we’re on the subject, I should also call attention to a similar but different project, the superb iAquinas series of videos, which are in English, French, and Spanish.  Hours and hours of worthwhile viewing! 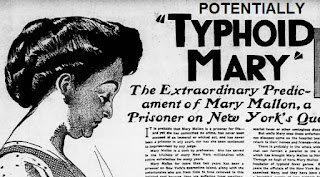 A “preventive war” is a war undertaken proactively against a merely potential enemy, who has neither initiated hostilities nor shown any sign of intending imminently to do so.  The Japanese attack on the United States at Pearl Harbor is a famous example.  This is not to be confused with a “preemptive war,” which involves a proactive attack on an enemy who has shown signs of intending to initiate hostilities.  The Arab-Israeli Six-Day War is a standard example.
Read more »
Posted by Edward Feser at 5:09 PM 147 comments: