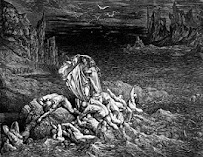 Marshall McLuhan’s famous remark that “the medium is the message” was never more true than in the case of Twitter.  And the message is malign.  I would not go so far as to claim that the platform is a malum in se, but it is close.  The reason is not because of its political biases, though that hardly helps.  It’s because the medium of its nature tends positively to encourage activity contrary to what is good for us given our nature as rational social animals.

Here’s what happens.  You read or hear about something you disagree with.  You make a snap judgment, and send out a tweet about it.  Because it’s a snap judgment, there is a very strong chance of its being wrong or half-baked or otherwise defective.  Because you’ve got relatively few words to make your point, you’re likely to oversimplify things, and because you want it to get attention – why write it, otherwise? – you’re likely to make it snarky, or even insulting toward whoever it is you’re disagreeing with.

Dozens, even hundreds or thousands of people, respond to what you say very quickly – also with snap judgments of their own that are often defective in just the ways yours is likely to be.  If lots of them agree with you, you will tend to think you must have gotten things more or less right – especially given that they are likely to share whatever snarky and condescending attitude you evinced in your tweet.  The self-congratulatory echo chamber artificially inflates everyone’s confidence in their shared judgments.  On the other hand, if lots of people disagree with you, they are also likely to do so in a nasty and condescending way that will make you defensive and disinclined to consider that you might be wrong.  Either way, you are going to be hardened in your position, however ill-considered it actually is.

Moreover, since you soon find that you are playing to this mob, you are likely to tailor your thoughts to please, or at least not offend, whatever part of it is more or less friendly to you.  And you are likely to try to save face with the part of it that is hostile to you, which requires doubling down rather than backing down.  This dynamic plays out over and over again week after week, month after month, year after year.  The result is a dulling of critical faculties and human sympathy on the part of the individual, and militant, intolerant groupthink on the part of the masses of users.

The point is not that snark or an aggressive tone are always and inherently wrong.  They are not.  But they should only ever be resorted to when necessary, only after reflection, and only ever as a supplement to a reasoned case that can stand on its own.  They are like strong seasoning that is appropriate only to some dishes, and only when applied with moderation.

Now, the book or article format of its very nature encourages the making of a more careful case, and the second-guessing of a biting quip that may sound less wise or called for after one has “slept on it.”  Having an editor helps too, obviously.  Naturally, that doesn’t mean that there isn’t an enormous amount of garbage published in those formats.  All the same, of their nature, they at least do not allow for the instantaneous public expression of snap judgments and emotional overreactions.

The trouble with platforms like Twitter is that of their very nature, they not only allow for but positively encourage these things, and on a massive scale.  Facebook is only somewhat better.  These “social media” are deeply anti-social, encouraging polarization and making sober and dispassionate discourse increasingly difficult.

Now, individual right-wingers and left-wingers alike can be and have been guilty of the sins in question.  But to see the perfect harmony of diabolical message and corrupting medium, you have to look left.  It is no accident that the Gnostic cult that is the “Critical Social Justice” movement has flourished in this toxic social media environment, like a tapeworm inside a large intestine.  Its Manichean division of human beings into oppressors and oppressed and its contempt for logic and objectivity as masks of the oppressor provide an ideological rationalization for the simple-minded sloganeering, ad hominem abuse, and manufactured mob outrage to which social media platforms are already prone.  And the seething envy and resentment which, as Plato and Nietzsche warn us, are the emotional fuel of egalitarian politics, make the combination positively addictive.

In “Critical Social Justice” and its social media driven cancel culture, what would otherwise be mere individual human foibles become the consciously embraced and ruthlessly applied tactics of a political program.  It is as if Twitter and other contemporary social media had been summoned from Dante’s fifth circle to supply a mouth through which this monster of hatred and unreason might shriek.

Woke ideology is a psychological disorder

Wrath and its daughters