What is mathematics about? 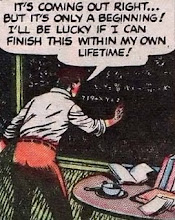 Franklin approaches the dispute between these three views, and between alternative ways of spelling out the Aristotelian view, by way of the question: What is mathematics about?  The Platonist says that it is about a realm of abstract objects distinct from both the world of concrete material things and the human mind.  The nominalist says that it is not really about anything, since mathematical entities are in no way real.  The Aristotelian approach rejects nominalism and agrees with Platonism that mathematical entities are real.  But it disagrees with the Platonist about the location of these entities.  They are, for the Aristotelian, properties of concrete particular things themselves, rather than denizens of a Platonic “third realm.”

Franklin discusses all of these possibilities and notes that, arguably, the study of relations and the study of structure more or less amount to the same thing.  The difference would be that the former starts with the elements of a structure and then works up to an account of how the relations between them give rise to a larger whole, whereas the latter starts with the whole and then works down to the relations between the elements.  The study of pattern might also be seen as the study of certain kinds of relations or certain kinds of structure.  So, these approaches to understanding what mathematics is about might, in Franklin’s view, plausibly be unified.  They can, in particular, be accommodated to the view that mathematics is about the study of the structural features of concrete reality.

What cannot be so easily assimilated to this approach, in Franklin’s view, is quantity.  For certain quantitative phenomena, though they have structural features, are not entirely reducible to structure.  (He gives size as an example.)  Hence Franklin thinks that there currently exists no entirely unified Aristotelian approach to the question of what mathematics is about.  We have to say that it is the science of quantity and structure (as he does in the subtitle to his book).

Franklin also has something to say about the main objections to Aristotelian philosophy of mathematics.  Now, in order to understand these objections and his responses to them, as well as the Aristotelian approach itself, it seems to me useful to compare the dispute in philosophy of mathematics to the more general dispute between parallel views about the problem of universals.  Recall that nominalism holds that universals like triangularity, humanness, etc. are mere fictions, whereas realism holds that they are real, something the human mind discovers rather than invents.  But there are several alternative ways of spelling out realism.

Platonic realism holds that universals are not only real, but exist in a “third realm” over and above both the world of concrete material things and any mind.  Aristotelian realism holds that universals are real, but denies that there is any such third realm.  Rather, it takes triangularity, humanness, etc. to exist only either in particular individual triangles, human beings, etc., or in minds which entertain these universals in abstraction from the particular individuals.

A third view, sometimes called Scholastic realism, can be interpreted as a kind of middle ground position between Platonic and Aristotelian realism.  Like Aristotelian realism, it denies that there is any “third realm” distinct from both the material world and all minds.  But like Platonic realism, it holds that universals are to be located first and foremost somewhere distinct from both the material world and finite minds – namely, in the infinite mind of God, where they function as the archetypes according to which God creates the world of concrete things.

You could think of Scholastic realism as “Aristotelianizing” Plato by bringing the realm of the Forms into a mind, namely the divine mind, thereby eliminating the third realm.  Or you could think of it as “Platonizing” Aristotle by making the divine mind function in something like the way the realm of the Forms does in Platonism.  Because it rejects the third realm and adheres to the Aristotelian twofold divide between the material world and minds, I tend to think of Scholastic realism as essentially a variation on Aristotelian realism.  But it is a dramatic enough modification that it is useful to have the separate label for it.

For example, consider extinct animals like velociraptors.  After they died out, the universal velociraptor was no longer instantiated, and before human beings discovered its remains, no human mind entertained that universal.  So, during the long interval between extinction and discovery, the universal could be found neither in the world of concrete material things nor in human minds.  But what was true about the essence and properties of velociraptors did not change during that time.  What could have grounded that fact?  The Scholastic realist would answer that the universal still existed in the divine intellect.  (For exposition and defense of Scholastic realism, see chapter 3 of Five Proofs of the Existence of God.)

If you are a realist about mathematics, then, but reject Plato’s “third realm,” then there are two other realms where you might try to locate mathematical entities: in the world of concrete material objects, or in minds (including, in principle, the divine mind).  What, in Five Proofs, I label the Augustinian proof for God’s existence emphasizes the latter realm, and Scholastic realism is in that tradition.  Franklin instead emphasizes the former realm.  Naturally, one can also take mathematical entities to exist in both realms.  But one is likely to put greater emphasis on one rather than the other depending on which mathematical entities one takes to be most central to mathematics.

Franklin points out that Aristotelian realists about mathematics tend to focus on physically realizable and perceivable mathematical properties like symmetry and ratio, whereas arguments for Platonic realism often focus instead on higher infinities, the perfection of geometrical idealizations, and the like.  This different focus is, I think, also reflected in the different ways that Aristotelian realism itself might be developed.  If your emphasis is on showing how mathematics can be accommodated to an Aristotelian epistemology, you’ll probably focus more on the sorts of mathematical properties Franklin does, and on finding ways to locate mathematical properties in general in concrete material reality.  If instead your emphasis is on showing how the strongest points in favor of Platonism (infinities, geometrical perfection, etc.) can be accommodated within a broadly Aristotelian metaphysics, you’re more likely to be willing to take Aristotelian realism in a Scholastic realist direction (unless you prefer to add a dash of instrumentalism to your realism – see below).

Naturally, the former route is also a more promising one if, when doing philosophy of mathematics, you want to avoid having to appeal to inevitably controversial theological premises, defense of which would require getting into matters far removed from mathematics itself.  Scholastic realism is a more natural option to consider when you’re approaching mathematics from the point of view of debates in natural theology.  (Cf. my review in First Things of William Lane Craig’s book God Over All: Divine Aseity and the Challenge of Platonism.)

Franklin addresses three main objections to Aristotelian philosophy of mathematics.  The first is to hold that the Aristotelian approach is undermined by Frege’s famous critique in The Foundations of Arithmetic of John Stuart Mill’s empiricist account of arithmetic.  Now, in a post on Frege and Mill from some time back, I noted that while it is controversial whether Frege was fair to Mill himself, his criticisms were effective against the crude position often attributed to Mill.  Franklin points out that they are not effective against a more sophisticated position than the one often attributed to Mill.

The second main objection to Aristotelianism is that higher infinities, and even huge finite numbers, are not plausibly instantiated in the physical world.  Here Franklin proposes two possible replies.  The first is to point out that this objection would prove too much insofar as it would, if effective, undermine natural science no less than an Aristotelian interpretation of mathematics.  For example, what Newtonian physics tells us about mass, distance, and force applies to values too large to be instantiated in the physical world, as well as to values that are instantiated.  Computational chemistry studies merely possible compounds.  And so on.  In other words, natural science studies uninstantiated universals.  If this is OK for science, why not for mathematics interpreted in an Aristotelian way?

The trouble with this response, though, as Franklin realizes, is that it just raises the question of exactly what the metaphysical status is of uninstantiated universals, whether those studied by mathematics or those studied by natural science.  Now, Franklin makes the perfectly reasonable point that an Aristotelian needn’t be a realist across the board.  One could take some mathematical entities to be real, but others to be merely useful fictions.  You have to go case by case.  But this is more plausible in some cases than in others, and Franklin allows that what he calls a “quasi-Platonist” account of some mathematical entities may be necessary.

Here, it seems to me, is a case where Aristotelian realism stands in need of development in a Scholastic realist direction.  The same can be said of the consideration raised by the third main objection to Aristotelianism considered by Franklin, which is that some mathematical entities (e.g. perfect circles and other geometrical entities) are idealizations that are never found perfectly realized in the physical world.  In response, Franklin points out that what applied mathematics strictly needs are only the approximations that are found in the physical world.  But this seems to me to miss the point.  For there are objective truths about the idealizations no less than there are about the approximations, and these cannot be grounded in what is actually there in the physical world.  As with infinities, Scholastic realism is able to deal with these in a way that an Aristotelian realism that avoids going in a theological direction is not.

Frege on what mathematics isn’t

Review of Craig’s God Over All: Divine Aseity and the Challenge of Platonism