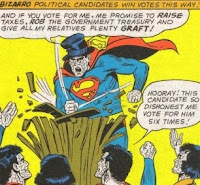 I have only a little to add to what others have already said about the Kafkaesque Covington affair.  There were, as you all know by now, three main parties involved.  There was the group led by Nathan Phillips, who is now known to be a liar and rabble rouser who appears to have been trying to provoke a confrontation.  There were the “Black Hebrew Israelites,” classified by the SPLC as a hate group and who have been captured on video instigating the whole mess by shouting things that any left-winger would normally denounce as the worst sort of racist, sexist, homophobic, and fundamentalist bigotry.  And there are the Covington Catholic school teenagers, who were there waiting for a bus and got caught in the middle of these two groups of lunatics.

(That last piece of insanity actually came from a conservative who was a bit too quick on the virtue-signaling trigger and has since apologized – one Nicholas Frankovich, previously known to me only as someone who once urged his fellow Catholics to be less rigorously logical and more “right brain.”  How’s that advice sound this week, Frankovich?)

It is true that many of these people were initially misled by Phillips’ lies and that many of them have since expressed regret.  But incredibly, some of them are still trying to find a way to rationalize the Two Minutes Hate they directed at the teenagers, while continuing to ignore Phillips’ lies and the Black Hebrew Israelites’ undisguised bigotry.  Moreover, even if the initial reports had been accurate, the most that could have been said about the now famous smiling teenager is that he smiled – or disrespectfully smirked at Phillips, we were told, but still a disrespectful smirk is all it would have been.  On what world other than Bizarro world does that make remotely understandable, much less justifiable, all this ghastly stuff about face-punching, woodchippers, doxxing, and all the rest?  What the hell is wrong with these people?

Bishop Robert Barron and Rod Dreher have some interesting thoughts on the subject.  Here are some other ideas.

The hermeneutics of suspicion

James Piereson’s book Camelot and the Cultural Revolution argues that a bizarre inversion of reality changed the face of American liberalism during the 1960s.  John F. Kennedy was shot by a hard-core communist and Robert Kennedy by a left-wing Palestinian nationalist.  Yet the Left spun both assassinations in such a way that they are remembered by many today as having a vaguely right-wing provenance.  The milder form this took was to blame the assassinations on some vague cultural rot that had purportedly set into American life as a consequence of redneck violence and racism.  The more extreme form, of course, was to argue for a secret right-wing conspiracy.  Though the assassinations were in fact driven by hard-left politics, the lesson drawn from them was that we need to be wary of some inchoate sinister alliance between militarists, businessmen, the KKK, etc.  And the paranoid style of politics this reflects has increasingly permeated beyond the left-wing fringes into mainstream liberal politics.

As I have argued elsewhere, the attraction of political narratives that posit vast unseen conspiracies derives in part from the general tendency in modern intellectual life reflexively to suppose that “nothing is at it seems,” that reality is radically different from or even contrary to what common sense supposes it to be.  This is a misinterpretation and overgeneralization of certain cases in the history of modern science where common sense turned out to be wrong, and when applied to moral and social issues it yields variations on the “hermeneutics of suspicion” associated with thinkers like Nietzsche and Marx.

The result is a kind of Gnosticism, according to which only an ignorant or naïve person would take political phenomena at face value, whereas the person initiated into whatever one’s favored hermeneutics of suspicion happens to be possesses the secret knowledge about “what is really going on.”  Into the bargain, there are, just as in the original Gnosticism, unseen dark forces lying behind the purported illusion – the specters of racism, sexism, capitalism, militarism, fascism, fundamentalism, etc. etc., always lurking offstage somewhere pulling the strings.  Like Gnosticism, the whole thing is a paranoid fantasy, posing as knowledge but in fact a kind of faith-based gestalt.  Speculative political theory drives one’s interpretation of empirical reality rather than the other way around.

(I am not saying, by the way, that no conspiracies of any kind ever occur.  Of course they occur.  But as I have also argued elsewhere, what is philosophically problematic is the kind of conspiracy theory that posits a conspiracy so far-reaching and subtle that it undermines the theory’s own epistemological foundations, in something like the way radical philosophical skepticism undermines itself.)

Again, initially this kind of paranoid thinking was confined to the Marxoid fringes, but since the 1960s it has permeated ever more deeply into the left-wing mainstream.  Hence the tendency to interpret absolutely everything as part of a “larger narrative” of “racism,” “sexism,” “white privilege,” blah blah blah.  To come back to my main topic: The reductio ad absurdum of this mainstreaming of the hermeneutics of suspicion occurs when the ordinary left-wing journalist or Hollywood type looks at what is in reality absolutely nothing more than the face of some innocent teenage kid smiling awkwardly… and sees in it the avatar of the dark forces of oppression which must be annihilated.

So, part of the explanation for what happened with the Covington teenagers is that even mainstream left-wingers are increasingly prone to seeing politics through the lenses of an ideological illusion.  But how does one maintain such an illusion?  The motor of self-deception requires potent emotional fuel.  And there is no fuel more potent than sex.

It is probably no accident that the teenage boys who had aroused such an unhinged response from the Left had just attended an anti-abortion march.  Indeed, some of the most shrill left-wing responses have emphasized this fact.

Now, abortion involves the deliberate killing of one’s own child, and it is usually done for the utterly frivolous purpose of being able to enjoy the pleasures of sex without the hassle of its natural consequences.  It is about as perverse an act as can be imagined, and even most liberals have until recently halfway conceded its morally problematic character by arguing that abortion should be “safe, legal, and rare” (in Bill Clinton’s famous formulation).

Still, they have been relentless in framing the issue in terms of Orwellian euphemisms: Violently to interfere with the normal course of reproduction is, we are told, a matter of “reproductive health.”  To facilitate mothers killing their own babies is to show respect for mothers.  And so on.  And in recent years the disingenuous “…and rare” business has given way to the “Shout Your Abortion” movement.  For these activists, killing your own baby is something to celebrate publicly and have a friendly chat with the kids about.

Such bizarre inversions of what virtually the entire human race until about 20 minutes ago regarded as common sense and basic decency vis-à-vis matters of sex have become increasingly common as the sexual revolution has progressed.  Thus do we now find ourselves in a situation in which someone who has male gametes, male chromosomes, male sex organs, looks paradigmatically masculine, and has for decades thought of himself as a man and been taken by everyone else to be a man, one day declares that he is really a woman… and anyone who responds with even mild and respectful skepticism stands in danger of being shrilly denounced, Maoist-style, as an ignorant bigot who ought to be fired from his job and socially ostracized.

Examples could easily be multiplied.  The more extreme the departures from traditional sexual morality, the more shrill and moralistic has been the rhetoric in their defense.  You might have expected the opposite – that such disruptions of long-standing institutions and moral assumptions would be proposed tentatively and with humility – but no.  What is going on?

What is going on, I would suggest, is that it takes a morality to beat a morality.  Sexual behavior that is now being mainstreamed and celebrated would, for all of human history up until now, have been regarded instead as a source of great shame and guilt.  Indeed, even now left-wingers lament the feelings of shame and guilt experienced by those who indulge in such behaviors.  Now, natural law theorists and other traditional moralists would respond:  Well, of course… it’s called “the voice of conscience.”  But the sexual revolutionary will have none of that.  It is, he insists, really the voice of the oppressor – of the “patriarchy,” the forces of “heteronormativity,” or what have you – which has been internalized by the oppressed.

Thus do we have a Marxoid hermeneutics of suspicion deployed in the service of sexual, rather than economic, revolution.  The proletariat, in this story, comprises everyone whose sexual behavior does not conform to the traditional norm of a man and a woman united in marriage for the purpose of building a family.  Alienation is the residual guilt and shame this sexual proletariat feels for failing to conform this norm, and liberation is the overthrowing of the norm and the political defeat and social ostracization of those who still uphold it.

This opens the door to a counter-morality.  The good person, on this narrative, is the person who rejects traditional sexual morality and opposes those who defend it.  The nagging feelings of shame and guilt are magically transformed into a reassuring sense of pride and virtue.  Moreover, you can link arms with those who fight other forms of oppression, and their virtue rubs off on you.  Getting an abortion or publicly declaring yourself “bi-curious” becomes an act of political courage on all fours with sitting alongside Rosa Parks or marching at Selma.

The whole thing is preposterous, of course, but anyone strongly tempted to what would traditionally have been regarded as sexual vice has a powerful incentive to want to believe it.  And the more you can work yourself into a moralistic frenzy against those who uphold traditional sexual morality, the more thoroughly you can overcome any feelings of guilt and shame for flouting it.

Natural law adepts will recognize in this an example of the “blindness of mind” that Aquinas says is one of the “daughters” or byproducts of lust, and which I have discussed at length in earlier posts.  As the sexual revolution has come more and more to dominate the agenda of the Left, this blindness has increasingly shaped left-wing psychology.  Thus does a visceral, crusading sexual counter-morality become the emotional glue that keeps the ideological blinders affixed.  Thus does some hapless smiling teenage kid come to be demonized as The Patriarchy incarnate.