Grisez on balancing health against other considerations 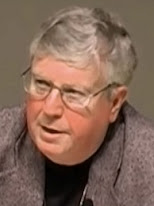 Now that millions have been vaccinated, bogeyman Donald Trump has departed, and life is starting to get back to normal, some people are getting some critical distance on the health crisis of the last year – which was caused by the reaction to the virus no less than the virus itself.  Liberal magazine The Atlantic criticizes “the liberals who can’t quit lockdown.”  On Real Time, Bill Maher challenges his fellow left-wingers to own up to their exaggerations and misinformation on the subject of COVID-19.  On Daily Clout, feminist Naomi Wolf interviews Stanford’s Dr. Jay Bhattacharya, who says that the lockdowns were “biggest public health mistake we've ever made” and caused harms “worse than COVID.”

The disaster had several sources.  There was politics, which poisons nearly everything today.  There was the cult of expertise, whose members believe that rational thinking is essentially a matter of shrieking “Science!” in the face of anyone who disagrees with you.  But there was also the paradoxical fact that sometimes the worst thing you can do when dealing with a crisis is to fixate on it.  A wise man sees a problem, but a fanatic sees only the problem.

The philosopher James Ross once characterized a fellow philosopher’s needlessly technical and ineffective argument as analogous to dropping an atom bomb in order to try to kill an ant, and missing.  I wouldn’t say that COVID-19 is like an ant, exactly, but it is certainly far less lethal than people feared a year ago.  And locking down vast populations of healthy people in order to deal with it has certainly turned out to be like dropping an atom bomb and missing, causing enormous damage to people’s livelihoods and mental health and to children’s education, with no evidence that it produced any good effects that could not have been achieved in a less extreme way.  Meanwhile, those who urged caution were shrilly dismissed as “grandma killers,” as putting the economy before lives, etc.  This is the voice of a fanaticism that refuses to see anything but the problem.

The Catholic “new natural law” moral theologian Germain Grisez can hardly be accused of putting insufficient value on human life.  He not only thought that it is morally better in practice never to use capital punishment (a view that a Catholic is at liberty to take), but that capital punishment is always and intrinsically evil, wrong even in principle (a view that is heterodox, as Joe Bessette and I have shown).  He thought that, given its health risks, the regular smoking of tobacco is gravely sinful, a view that in my opinion is too extreme.  (See pp. 600-603 of volume 3 of Grisez’s The Way of the Lord Jesus.)

At the same time, even Grisez was clear that it is a mistake to emphasize life and health to the point that other important goods are undermined.  Here he is perfectly in line with traditional natural law reasoning and Catholic moral theology.  Certain actions are ruled out as absolutely forbidden (such as the direct and intentional killing of the innocent in abortion and euthanasia) and others are absolutely required (such as providing the ordinary means of survival to the ill, like food and water).  But there is a wide range of treatments and policies which, though they might be conducive to health and the preservation of life, have to be balanced against other goods, so that they cannot be absolutely required.  Whether or not to make use of them is a matter of prudential judgment, about which people of good will can reasonably disagree.

In Volume 2 of The Way of the Lord Jesus (specifically, in Question F of Chapter 8), Grisez sets out some important relevant principles.  First he warns that our notion of health “should not be expanded to include total human well-being” (p. 520).  There is a tendency among some to include just any old thing that is somehow conducive to our well-being as a matter of “health,” and thus to fall within the purview of “public health.”  This is sophistry, conceptually sloppy and prone to encourage demagoguery.

A similar semantic sloppiness can be seen in the use to which many left-of-center Catholics now put the expression “pro-life.”  This expression has no Catholic doctrinal or theological significance at all.  It is merely a political slogan that is historically associated with right-of-center opposition to abortion.  But some have seen fit to deploy the rhetorical trick of defining “life” so broadly that anything that might be in some way arguably be conducive to health and well-being – government provision of health care, liberalized immigration laws, “safer at home” policies, etc. – is characterized as “pro-life.”  The next move is to insist that anyone who claims to be “pro-life” but opposes socialized medicine, open borders, lockdowns, etc. is a hypocrite and perhaps even a dissenter from Catholic teaching.

The sophistry here is effective to the extent that it is precisely because it is so shameless.  The differences between the traditional concerns of “pro-lifers” and current left-wing enthusiasms are both obvious and more important than any similarities.  Abortion and euthanasia are intrinsically evil, wrong regardless of circumstances.  By contrast, how best to fund health care, how many immigrants to allow into a country and under what conditions, how best to deal with a pandemic, etc. are matters of prudential judgment that have to balance a variety of relevant moral principles and concrete circumstances, so that people of good will can reasonably disagree about specific policies.   Papering over these crucial differences by appropriating the political slogan “pro-life” and flinging it back at one’s opponents has exactly zero doctrinal or theological force.  You might as well use this stupid rhetorical trick to argue that since Catholics are “pro-life,” they should be vegetarians, or should convert to Jainism.

Anyway, when, as Grisez advises, we use “health” and related words with precision rather than merely as rhetorical cudgels, it is clear that it is a fallacy to suppose that shouting such words ought to stop all debate about whether lockdowns are a good idea.

Grisez also points out that a tendency to let considerations about health trump everything else can reflect a worldly mindset rather than a Christian one.  He writes:

Choices concerning health should take other goods into account.  Partly because health is an aspect of the basic good of life and a means to other goods, but also partly because many people excessively fear death and greatly esteem health care technology, people in affluent nations sometimes tend to think of health as if it were the most important value.  As a result, they assume that other goods must yield to health’s paramount claims, and so deliberate and make choices regarding health without duly considering their other responsibilities.  Important as it is, however, health is only one good among others, and Christians should harmonize choices concerning health with other elements of their personal vocations.  This seldom means that health should be neglected entirely, but it often demands that the means used to protect and promote health be selected and limited to avoid interfering with other areas of life. (p. 521)

What other areas would those be?  Summarizing Catholic teaching about how to decide whether or not to resort to extraordinary means in order to prolong life, Grisez writes:

The burdens of health care can provide an adequate reason to forgo it.  Life is like other basic human goods: it does not override every other good, nor does it always deserve preference.  There always are reasons not to do something that would protect life or promote health, since health care always involves burdens.  Hence, sound judgment requires identifying both the prospective benefits and burdens of possible forms of care.  In this matter, the Holy See teaches:

It is also permissible to make do with the normal means that medicine can offer.  Therefore one cannot impose on anyone the obligation to have recourse to a technique which is already in use but which carries a risk or is burdensome.  Such a refusal is not the equivalent of suicide; on the contrary, it should be considered as an acceptance of the human condition, or a wish to avoid the application of a medical procedure disproportionate to the results that can be expected, or a desire not to impose excessive expense on the family or the community. [Congregation for the Doctrine of the Faith, Declaration on Euthanasia]

Therefore, burdens that attach to the care itself can provide adequate reasons to forgo it.  These burdens can be grouped in three categories:

i) Care imposes economic costs and utilizes facilities and services which usually could be put to other good uses.

ii) Many things which can be done for the sake of health also can have bad side effects for health itself.  Surgery always carries some risks of death and/or disability; medications often interfere with various functions.  Examinations and treatments often are painful, and pain can interfere with good functioning, especially at the psychic level.

iii) Many things which can be done for the sake of health have bad side effects for other human goods.  They may restrict one’s inner life and activity, prevent one from moving about freely, isolate one from family and associates, and so on. (pp. 526-27)

Notice that considerations about economic costs, psychological costs, loss of freedom of movement, isolation from family and others, and the like are among the things that Catholic teaching says can override whatever benefits to life and health a treatment might be thought to have.  But these are exactly the sorts of considerations that critics of the lockdowns appealed to.  It is outrageous and demagogic, then, for any Catholic to pretend that those among his fellows who opposed the lockdowns were ipso facto disloyal or insufficiently “pro-life.”

Because of his fidelity to the Magisterium, Grisez is often associated with the “right,” but where some matters of life and health are concerned (such as his views on capital punishment and smoking) he was decidedly to the “left.”  Hence his position on the real but limited value of considerations about health cannot easily be dismissed by left-of-center Catholics.  In any event, in this case he was not merely presenting his own opinion, but the teaching of the Church and of the broader natural law tradition.