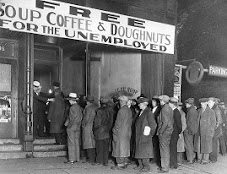 The phrase “social justice” has a long and honorable history in Catholic social thought going back to the nineteenth century, but is now typically deployed in defense of policies that are diametrically opposed to social justice as the Church and its thinkers have always understood it.  And unfortunately, this is true even in the case of many Catholics, who lazily adopt various leftist attitudes and policies simply because they are falsely but relentlessly presented as concomitants of “social justice.”

Last April, Fr. John Naugle argued in an important article at Rorate Caeli that indefinite lockdowns violate the natural human right to labor in order to provide for oneself and one’s family, and thus are deeply contrary to social justice.  He revisits the issue in a follow-up article.  Some Catholic defenders of the lockdowns are people who, in other contexts, claim to stand up for the rights of workers and to oppose consequentialist thinking.  But as Fr. Naugle points out, their rationalizations for the lockdowns are precisely consequentialist in character – pitting the alleged benefits of lockdowns against inviolable natural rights – and harm workers far more than any other segment of society.

If you are inclined to write off such concerns as motivated by right-wing politics, I invite you to consider an interview with two public health experts from the left-wing journal Jacobin, to which Fr. Naugle draws our attention.  From the interview:

Children and young adults have minimal risk, and there is no scientific or public health rationale to close day care centers, schools, or colleges.  In-person education is critically important for both the intellectual and social development for all kids, but school closures are especially harmful for working-class children whose parents cannot afford tutors, pod schools, or private schools…

Lockdowns have been vastly unfair in their impact and have exacerbated disparities in wealth and power.  Millions of working-class people have lost their jobs and find it impossible to find new ones in the current shuttered economy.  (It is remarkable that the media pay so little attention to the extreme economic hardship being endured by millions of people who were already struggling to make ends meet before the pandemic.) …

I think the lockdown is the worst assault on the working class in half a century, and especially on the urban working class.  In effect, we are protecting low-risk college students and young professionals who can work from home at the expense of older, high-risk, working-class people that have no choice but to work, leading to more deaths overall.  There have been studies, for example in Toronto, that show that lockdowns have primarily protected high-income, low-minority neighborhoods, but not low-income or high-minority neighborhoods…

Many of us pay lip service to equality and anti-racism, but we have chosen lockdowns to protect ourselves while throwing the working class under the bus…

I think the liberal elites’ adoption of this approach stems from the easy appeal of keeping “everyone” safe together with a class position for which the lockdown strategy is in fact safer as well as quite easy to ride out.  Liberal elites simply can’t see or can’t feel how this strategy continues to fail the working class and also small business owners.

End quote.  Read the whole thing, as they say.  The evidence in favor of these judgments – which are straightforward matters of fact, neither right-wing nor left-wing – mounts day by day.  Opening schools has not caused the virus to spread.  Even opening theme parks has not resulted in outbreaks.  In general, the lockdowns are not only not necessary to prevent the spread of the virus, but in fact have done little or nothing to prevent it.  And they have no effect on the illness’s mortality rate.  Meanwhile, they have benefited the rich while doing massive harm to the poor and the working class.  For example, they have benefited large corporations while harming small businesses.  They have brought about a crisis in mental health.  They have been imposed in a way that unjustly discriminates against Christians and Orthodox Jews.  As the Jacobin interview indicates, scientists and other public health experts are increasingly coming out against lockdowns.  The World Health Organization’s special envoy on COVID-19 has decried their overuse.  A number of prominent public health experts have issued the Great Barrington Declaration, calling for alternatives to lockdowns as a way of dealing with the virus.

In short, the lockdowns have done no provable good while causing massive manifest harm, especially to the weakest among us.  Accordingly, they amount to a grave social injustice.

And yet Joe Biden – the same man who will not tell us whether he intends to destroy the independence of the judiciary – cynically bemoans the economic crisis of recent months while at the same time supporting the very lockdowns that caused it.   Worse, he has also indicated that if elected he might impose another pointless nationwide lockdown.  One-party dictatorship and economic collapse – quite the presidential platform.  Naturally, it is supported by the same sorts of lunatics who think that looting and burning down the businesses of poor and middle class people, and removing police protection from them, are great advances in “social justice.”