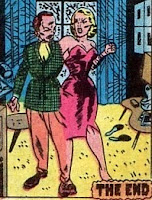 What is it to have a “gender identity”?  At Arc Digital, Alex Byrne examines some proposed definitions of the concept and common assumptions about it, and finds them problematic.  In earlier posts, we looked at Byrne’s views about whether sex is binary and whether sex is socially constructed.  As his earlier articles did, Byrne’s latest piece brings the cold shower of sober philosophical analysis to a discussion that is usually overheated and muddleheaded.


Byrne begins by considering various proposed characterizations of “gender identity.”  As he notes, they are often circular, or too broad, or define the notion in terms of other notions which are no better defined than the notion of gender identity is, or make reference to an unexplained and dubious “intrinsic sense” or “internal sense” of what one’s gender is.  The clearest conception, in Byrne’s view, is the notion of “core gender identity” as one’s belief or supposed knowledge that one is male or female or of indeterminate sex.

However one defines gender identity, Byrne notes that what has become the “standard picture” among people who comment on this issue comprises the following three theses:

(a) Everyone has a gender identity, and for “cisgender” people it matches their sex,

(b) “Transgender” people have gender identities that don’t match their sex, and

But each of these claims, notes Byrne, is problematic.  The first problem, Byrne says, is that (b) is false, at least if we think of gender identity as the belief that one is male, female, or of indeterminate sex.  For there are cases in which (b) is not true.  For example, at least some “trans women” would affirm that they are males (though not men), and indeed would affirm that one cannot be a trans woman without being a male.  And in that case, Byrne says, it is not true of all transgender people that their gender identities don’t match their sex.

In order to salvage (b), Byrne argues, one would need a fairly loose criterion of gender identity that amounts to one or more of the following: feeling a kinship with a certain sex, exhibiting behavior stereotypically associated with that sex, feeling satisfaction at being treated as a person of that sex, etc.  On this interpretation, “trans women” would be males who have a female gender identity in the sense of feeling kinship with women, exhibiting stereotypically feminine behavior, feeling satisfaction at being treated as a woman, and so forth.

The trouble with this, though, says Byrne, is that if that is all that “gender identity” amounts to, then (a) will not be true.  For there are “cisgender” women who don’t feel an affinity with other women, don’t exhibit stereotypically feminine behavior, don’t feel satisfaction at being treated as women, etc.

So, in Byrne’s view there does not seem to be a notion of “gender identity” on which both (a) and (b) are true.  Jargon like the terms “transgender” and “cisgender” is thus not well-defined, since it presupposes that (a) and (b) are both true.

Then there is (c).  One problem with it, says Byrne, is that at least some boys who suffer from gender dysphoria say, not that they are girls, but that they want to be girls.  In that case, there is no mismatch between their gender identity and their sex, if gender identity amounts to a belief about what one’s sex is.  Another problem is that in at least some cases it seems that gender dysphoria is the cause of a mismatch between gender identity and sex rather than the effect of such a mismatch.  Then there are cases of resolved dysphoria that don’t seem plausibly interpreted in terms of a mismatch, as opposed to some other kind of confusion.  Again, the notions in question are simply not well-defined.

To clarify the notion of transgender identity, then, we need an explanation of exactly what the difference is between, say, a male who claims to be a woman and a male who is merely pretending to be a woman or who is merely deluded into thinking he is a woman.  And the trouble, as Byrne shows, is that the key notions needed in order to do this are themselves not well-defined.

(d) Everyone has a sexual orientation, and for heterosexuals it matches the biological function of their sexual faculties,

(e) Homosexuals have a sexual orientation that doesn’t match the biological function of their sexual faculties, and

(f) This mismatch causes distress and confusion about one’s sexuality.

Interestingly, these three claims seem to be problematic in a way that parallels the difficulties Byrne sees in claims (a), (b), and (c).  Start with (e), and recall that Byrne pointed out that the problem with the parallel claim (b) is that some transgender people would deny that they have a gender identity that doesn’t match their sex (e.g. some “trans women” would assert that they are males, even if they do not regard themselves as men).  Similarly, if sexual orientation is supposed to involve a kind of identity (such as a gay identity or a lesbian identity), then it isn’t true that all homosexuals have a sexual orientation that doesn’t match the biological function of their sexual faculties.  For some people with same-sex desires reject the very idea of a gay or lesbian identity.  They don’t see same-sex attraction as somehow constitutive of what they are or of their nature.  Rather, they see it as just something they are afflicted by, which conflicts with the inherently heterosexual function they take their sexual faculties to have.  (Of course, gay rights advocates would object to this attitude, but what matters for present purposes is simply that some homosexual people do in fact have the attitude, whether or not one thinks they should.)

The trouble now is that, just as (a) came out false given the looser interpretation of “gender identity” needed to salvage (b), so too (d) will come out false given the looser interpretation of “sexual orientation” needed to salvage (e).  For there are heterosexual people who simply don’t have much in the way of sexual desire at all.  They may rarely if ever think about sex and shrug with indifference at the prospect of never engaging in sexual activity.  And yet, if they were put into a situation in which sex was in the offing, they would be willing to engage in sexual activity with the opposite sex but be put off by same-sex activity.  So, they are heterosexual, but they lack a “sexual orientation” in the looser sense of stably having sexual desires of a certain kind.

Then there is (f), which faces difficulties in some ways analogous to those that Byrne says face (c).  For in at least some cases, it seems that it is not that having a homosexual orientation causes distress and confusion about one’s sexuality, but rather that feeling distress and confusion about one’s sexuality causes a person to judge that he has a homosexual orientation.  And sometimes this judgement is reversed later on.  As with the notion of transgender identity, so too with the notion of gay or lesbian identity, the question of what exactly the causal relation is between the identity on the one hand and feelings of distress and confusion on the other is not as clear-cut as is often supposed.