Nagel and his critics, Part IX 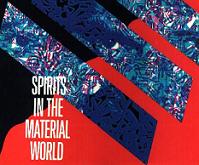 Returning to my series on the critics of Thomas Nagel’s Mind and Cosmos, let’s look at the recent Commonweal magazine symposium on the book.  The contributors are philosopher Gary Gutting, biologist Kenneth Miller, and physicist Stephen Barr.  I’ll remark on each contribution in turn.

I found Gutting’s review interesting but somewhat frustrating.  On the one hand, unlike some other reviewers Gutting realizes that the heart of Nagel’s position is metaphysical rather than empirical, and that Nagel’s point vis-à-vis consciousness is that the materialist conception of the natural world not only doesn’t account for consciousness but, implicitly, positively excludes consciousness.  On the other hand, like some other reviewers, he still seems to think that Nagel’s critique of Darwinian accounts of consciousness has something essentially to do with probabilities.  As I have argued in previous posts in this series, that is not the case.  And thus it simply misses the point to criticize Nagel (as Gutting, like other reviewers does) for offering insufficient empirical grounds for challenging the consensus among biologists, or failing to justify his probability judgments.  His point about the evolution of consciousness isn’t an empirical or probabilistic matter in the first place, but a metaphysical one.  He is saying that given a materialist account of matter, the origin of consciousness via evolution is not merely improbable but impossible.  Probabilities enter the picture only once evolution is interpreted in light of some different metaphysics of matter -- neutral monist, panpsychist, or whatever.


In the latter part of the chapter on consciousness in Mind and Cosmos, Nagel does indeed address the question of how “likely,” given a “reductive” theory, the rise of consciousness is in “geological time” (pp. 60-61).  The trouble is that too many of Nagel’s commentators (including, it seems to me, Gutting) fail to read these passages in context.


On p. 54 Nagel distinguishes a “reductive” view from a “reductionist” view.  Materialism would be a “reductionist” view, but a “reductive” view could be one that reduces consciousness to lower-level elements that are understood in a non-materialist way.  He also distinguishes a “constitutive” account of consciousness, which deals ahistorically with how consciousness is related to the physical aspects of an organism, from a “historical” account, which deals with the question of how consciousness arose in the course of time.  He says, though, that “the historical account will depend partly on the correct constitutive account.”  And he goes on in pp. 54-58 to consider, as possible non-materialist constitutive theories, views like strong emergentism, neutral monism, and panpsychism.  Then on p. 58 Nagel writes:


[L]et me now turn to the historical question, again on the assumption that psychophysical reductionism is false.  The prevailing naturalistic answer to the historical question is the materialist version of evolutionary theory, supplemented by a speculative chemical account of the origin of life.  The question is: what alternatives to this picture open up if psychophysical reductionism is rejected? (emphasis added)


So, when Nagel gets to the remarks about what is “likely” in “geological time” etc. he is talking about what is likely given a non-materialist metaphysics.  He is not there criticizing materialist Darwinian accounts of consciousness on the grounds that they don’t make the rise of consciousness in the course of natural history sufficiently probable.  That question is not for Nagel a matter of mere probability in the first place.


I emphasized, in my own review of Nagel for First Things, the various respects in which Mind and Cosmos evinces a neo-Aristotelian position.  Gutting rightly notes, however, that there are strands in the book which might be taken instead in an idealist or Whiteheadian process philosophy direction.  Naturally I think Aristotelianism is the way to go, but the other approaches would also be improvements on the lazy and philosophically shallow materialism that permeates so much of contemporary intellectual life.


Kenneth Miller’s remarks on Nagel provide an instance of the latter.  Miller seems to think that consciousness is something that might be explained with some further work in neuroscience.  But that is, of course, entirely to miss the point of Nagel’s arguments, which imply that it is impossible in principle for a purely materialist theory, including a purely materialist neuroscientific theory, to account for consciousness.  Nor, contrary to what Miller suggests, do Nagel’s reasons have essentially to do with Cartesian dualism or with what is “conceivable,” and they certainly have nothing to do with Nagel’s “personal preferences.”


As I have emphasized in previous posts in this series, Nagel’s main point vis-à-vis consciousness, first put forward in “What Is It Like to Be a Bat?” and restated in other works (including Mind and Cosmos), is that it is precisely the materialist’s own conception of matter that poses the key problem for a materialist account of consciousness.  For from the time of Galileo and Descartes onwards, matter has been defined in such a way that heat, cold, color, sound, odor, taste, and the like as common sense understands them, are extruded from matter -- including the matter that makes up the brain -- and counted as existing only in the mind’s perceptual representation of matter.  What exists in matter is only heat, cold, color, sound, etc. as redefined for purposes of physics (sound as compression waves, heat and cold as molecular motion etc.).  This is the origin of the “qualia problem” for materialism.  For if color, odor, sound, heat, cold, etc. as common sense understands them exist only as the “qualia” of our experience of matter and not in matter itself, then they are either immaterial or (if one wants to take an eliminativist line) not real at all.  Either way they will not be explained in materialistic terms, no matter how much neuroscientific data we pile up.  (Among my earlier Nagel posts, see this post, this post, this one, and this one for more detailed discussion of this issue.)


Miller does give Nagel some praise for being an outsider with the brass to challenge the conventional wisdom in biology, but he does not realize how beholden to it he is himself.  Ironically, Miller cites Erwin Schrödinger as someone who raised useful questions from outside biology in his book What is Life?  What Miller does not seem to realize is that Schrödinger also took a view very similar to Nagel’s vis-à-vis consciousness -- perhaps because, as a physicist, he was more sensitive to problems about the nature of matter as such than biologists tend to be, and it is the nature of matter as such, and not merely the current state of neuroscience, that lies at the heart of the problem of consciousness.


It is perhaps no surprise, then, that physicist Stephen Barr, unlike Miller, does see the problem for materialism to which Nagel is calling our attention, and sees that it is precisely the methods of modern science that generate it.  Barr writes:


As a physicist, [Nagel’s antimaterialist] conclusion seems to me obvious and to follow directly from the very nature of physical science and the way it explains things. According to physics, every physical system is completely characterized—indeed, defined—by a set of “variables,” which mathematically describe what its elementary constituents are doing and whose evolution though time is governed by a set of mathematical rules and equations…


Even if one knew all the variables of a physical system, their values at one time or at all times, and the equations governing them, there would be no way to derive from that information anything about whether the system in question was conscious, was feeling anything, or was having subjective experiences of any sort.


Of course, we sometimes infer from its physically observable behavior that a being has feelings. When my dog begs for a strip of bacon, I know it’s because he enjoys the taste. But that conclusion is based on an analogy between the dog’s reactions and mine, not on a mathematical or logical derivation from physical facts. Nor could it be based on such a derivation, for such things as enjoyment or taste are not quantities, and physics deals only with quantities—quantities that appear in equations and quantities that are measured.


End quote.  If anything, Barr argues, Nagel is too quick to reject dualism in favor of some non-materialist form of naturalism.  Nagel’s reason for rejecting it, as Barr notes, is that he thinks it entails abandoning hope for an “integrated explanation” of mind and body (Mind and Cosmos, p. 49).  To Barr’s response, I would add that if Nagel pushed his neo-Aristotelianism further he might find that a kind of dualism -- namely what David Oderberg calls “hylemorphic dualism” -- is compatible with an integrated account of mind and body.


On an Aristotelian hylemorphic conception of human nature, sensation and imagination, which we share with non-human animals, are corporeal, but not because they are reducible to matter as the materialist understands it; intellect, which we don’t share with the animals, is incorporeal, which entails a dualism of sorts; but a human being is nevertheless one substance rather than two, contrary to Cartesian dualism; yet this is not because the incorporeal aspects inhere in a material substance, contrary to property dualism, and it is not because neutral monism, idealism, or panpsychism get things right either (they don’t).  In short, for the Aristotelian, the way the modern, post-Cartesian philosopher of mind typically carves up the basic conceptual lay of the land is totally wrong, and precisely because of the desiccated conception of matter introduced by Galileo, Descartes, and their successors.  (For more on this large topic, see chapter 4 of Aquinas, and earlier posts like this one and this one.)