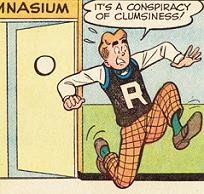 No one denies that conspiracies exist.  They occur every time two thugs decide to rob a liquor store together.  When people dismiss “conspiracy theories,” what they are dismissing is not the idea that bad people conspire, or that they do so in secret, or that these bad people are sometimes government officials.  Typically, what they are critical of is the sort of theory that postulates a conspiracy so overarching that the theory tends implicitly to undermine its own epistemological foundations, precisely by undermining the possibility of any sociopolitical knowledge at all -- something analogous to Cartesian skepticism in the sociopolitical context.

That proponents of such theories are often (not always, but often) given to paranoia and shrillness, and that they often (not always, but often) seem motivated less by empirical evidence than by some higher-order theory they regard as the Master Key to history (to the effect that the world is “really” run by Zionists, or Jesuits, or bankers, or the CIA) only reinforces the natural tendency to regard their position as irrational.  I have discussed this issue -- and the difference between what I call “local conspiracies” (which happen all the time) and “global conspiracies” (which are a priori highly implausible) -- at greater length in an earlier post.  (The “local” versus “global” distinction, by the way, is not geographic but epistemic -- read the post to see what I mean.  See also this article.)


Edward Jay Epstein is one of the best writers on the Kennedy assassination (and, for that matter, one of the best writers on pretty much anything he turns his attention to).  I’ve been reading his terrific new book The Annals of Unsolved Crime, and while it is not a book about conspiracy theories per se, among the many cases he discusses are several around which conspiracy theories have been woven.  One of the lessons of the book is how crimes sometimes go unsolved, or seem to be more mysterious than they really are, because of false preconceptions police and other investigators get locked into early on, which end up seriously distorting their perceptions of the evidence.


For instance, Jack the Ripper and the Zodiac are among the best-known serial killers whose identities have never been determined.  Except that there almost certainly was no such person as Jack the Ripper -- he was probably just an invention of the newspapers, whose sensationalistic stories tied together murders at least some of which were unconnected -- and probably no one person responsible for all the crimes attributed to the Zodiac either.  Police knew this in the first case, but in the second possibly exonerated someone who was guilty of at least some of the crimes (or so Epstein thinks) because his fingerprints didn’t match those of whoever committed one of the others.  (If you’ve seen the movie Zodiac -- which is a great flick, by the way -- you know who the person in question is.)


Police, prosecutors, and government authorities can also hinder investigations for reasons that have nothing to do with motives of the sort postulated by “global” conspiracy theories.  For example, Epstein argues that there is good reason to think that there was at least one other, unidentified conspirator involved in the Oklahoma City bombing -- but that there was pressure on the FBI not to follow the leads because of the way this might be used by the defense to undermine the prosecution of McVeigh and Nichols, who were known to be guilty.  With the 2001 anthrax attacks -- which, Epstein argues, are still unsolved, the government’s claims about Dr. Bruce Ivins notwithstanding -- the FBI was in Epstein’s view fixated on the idea that the attacks must have been carried out by a lone domestic scientist, based less on the evidence than on their behavioral profile of the suspect.


These two cases, by the way (and here I go beyond anything Epstein says), point up one of the many problems with revisionist 9/11 conspiracy theories.  If 9/11 was really just an “inside job” perpetrated in order to justify an attack on Iraq and the War on Terror in general, why on earth would the government not play up the anthrax attacks?  They were, after all, perpetrated by someone who presented himself as a jihadist -- recall the notes with all the “Death to Israel” and “Allah is great” stuff -- and involved a WMD of precisely the sort the Iraqis were claimed to possess.  And there is evidence that one of the 9/11 hijackers was exposed to anthrax.  The case was tailor-made, as it were, for use in ginning up war on false pretenses -- if that was what the Bush administration was trying to do.  And yet the government did the reverse, downplaying the anthrax attacks from the get-go and ruling out any foreign or terrorist involvement early on.


With the Oklahoma City bombing, too, there is at least an argument to be made for jihadist involvement (though Epstein thinks, rightly for all I know, that such involvement is ultimately unlikely).  If “neo-con” conspirators were looking to manufacture or exaggerate the jihadist threat to the U.S., the evidence is certainly there to be played up -- and yet it has gone almost entirely down the memory hole.


In a chapter on the Kennedy assassination, Epstein argues quite plausibly that Oswald’s actions were at least “influenced, if not directed” by Cuban intelligence, in retaliation for U.S. attempts to kill Castro.  Here too -- and once again I now go beyond anything Epstein discusses -- the actual facts simply don’t fit with what conspiracy theorists tell us.  If Oliver Stone were correct, and JFK’s assassination was motivated in part by right-wing anger over Kennedy’s failure to be sufficiently aggressive with Cuba, the conspirators would have had all the justification for an invasion they wanted after the assassination.  For the evidence (even if the conspiracy theorist wants to claim it was manufactured evidence) of Oswald’s links to Cuba (not to mention the Soviet Union) is undeniable.  The conspirators could have used the assassination as just the casus belli they were presumably looking for.  And yet that is precisely what did not happen; in fact the government seems to have been reluctant to pursue the question of foreign involvement.


The truth is that Kennedy administration policy toward Cuba was aggressive -- for there were attempts to kill Castro -- and government reluctance to look too hard into possible collaborators was probably motivated by a desire to cover up, not a CIA plot against JFK, but rather the CIA plots against Castro, plots which may have boomeranged and the exposure of which would therefore be a grave embarrassment to the government.  This sort of ass-covering -- rather than the government-as-malin génie postulated by “global” conspiracy theories -- is, together with bureaucratic incompetence, more than adequate to account for dubious government actions vis-à-vis events like the Kennedy assassination and 9/11.


Anyway, on the subject of conspiracy theories we may yet hear more from Epstein, who has for some time been working on a book on the 9/11 commission.