The Thomistic tradition, Part I 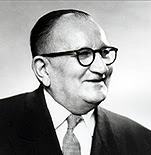 I had originally intended to include in chapter 1 of Aquinas a brief overview of the history of Thomism. But as things turned out, the book was running too long, and since the section in question did not fit entirely smoothly into the chapter anyway, my editor and I decided to cut it out. Still, since it might be useful to readers looking for a quick rundown on the (often bewildering) variety of schools of thought that have developed within the Thomist tradition, here it is. (It begins a bit abruptly; it was meant to come immediately after the section on “Aquinas’s life and works,” and refers back to some issues raised in that section.) I’ve broken it into two parts: this post covers the history of Thomism up through the mid twentieth century; the second will cover analytical Thomism and offer some recommendations for further reading. Proud owners of Aquinas interested in a “Director’s Cut” can print and paste them between chapters 1 and 2.