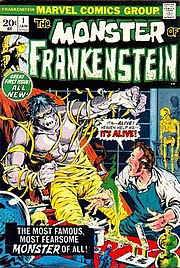 One sometimes hears it said that studying the works of Thomists only distorts one’s understanding of Aquinas. “Read St. Thomas himself, and forget the commentators!” This sounds sophisticated, or is supposed to. In fact it is superficial. No great philosopher, no matter how brilliant and systematic, ever uncovers all the implications of his position, foresees every possible objection, or imagines what rival systems might come into being centuries in the future. His work is never finished, and if it is worth finishing, others will come along to do the job. Since their work is, naturally enough, never finished either, a tradition of thought develops, committed to working out the implications of the founder’s system, applying it to new circumstances and challenges, and so forth.

Thus Thomas had Cajetan, Plato had Plotinus, and Aristotle had Aquinas himself – to name just three famous representatives of Thomism, Platonism, and Aristotelianism, respectively. And thus you cannot fully understand Thomas unless you understand Thomism, you cannot fully understand Plato unless you understand Platonism, you cannot fully understand Aristotle unless you understand Aristotelianism, and so on. “But writers in the traditions in question often disagree with one another!” Yes, and that is all the more reason to study them if one wants to understand the founders of these traditions; for the tensions and unanswered questions in a tradition reflect the richness of the system of thought originated by its founder.
Great philosophers, then, are not museum pieces, or shouldn’t be. Karl Popper famously derided the incessant “spectacle cleaning” of those linguistic philosophers who became so obsessed with the words we use to talk about philosophically problematic phenomena that they lost sight of the phenomena themselves. Historians of philosophy can make a similar mistake if they are not careful, becoming so obsessed with the minutiae of historical context that they make the arguments of a Plato or an Aristotle, an Augustine or an Aquinas, a Descartes or a Kant come to seem like fossils, so deeply embedded in the contingent controversies of their times that they can no longer speak to us today.
When an argument presented as paradigmatically Thomistic, Platonic, Aristotelian, Cartesian, or whatever is dismissed by the historian as “anachronistic” – as an accretion of the later tradition which must be stripped away in order to get at the “authentic” teaching of the founder, or as a reconstruction that goes beyond the actual text – then we are in danger of losing sight of the point of studying the thinkers in question in the first place. As Aquinas himself put it, “the study of philosophy is not about knowing what individuals thought, but about the way things are” (Exposition of Aristotle’s Treatise On the Heavens I.22). An argument as actually stated by some great philosopher of the past may be incomplete or unclear, and seem open to various objections. And yet it may also embody real insights, and contain in embryonic form a more compelling line of thought that later thinkers in the tradition have merely refined and strengthened rather than made from whole cloth. To ignore the latter is not to do justice to the thought of the founder, but precisely to do him an injustice. More to the point, it is to risk failure to discover the truth about some substantive philosophical matter in the name of a pedantic, narrow conception of “scholarship.” Hence those who study (for example) Plato’s arguments for the immorality of the soul and the theory of Forms, or Aquinas’s Five Ways, while ignoring the ways later Platonists and Thomists have interpreted and defended those arguments, blind themselves to the real power of these ideas.
As every Aristotelian knows, however, vices tend to come in pairs. And in avoiding the mistake of fossilizing great thinkers of the past, we must take care not to fall into the opposite error of making them over in our own image. This is what occasionally happens when the contemporary analytic philosopher pulls a volume of some great philosopher of the past off the shelf and decides he’s going to do said philosopher the favor of reconstructing his arguments in a style that might make them acceptable to a referee for Nous or The Philosophical Review. The result is sometimes interesting. But sometimes it involves (say) attributing to Aristotle a “functionalist” philosophy of mind, or interpreting Aquinas’s Third Way as an exercise in possible worlds theorizing. That is to say, the result is occasionally a kind of Frankenstein monster – the attempted reanimation of a (presumed) corpse via the latest philosophical technology, which yields only a grotesque distortion of the original. (Readers interested in these particular examples are referred to Aquinas, which among other things attempts to clear up some common misunderstandings of the Third Way and of the Aristotelian-Thomistic approach to the mind-body problem.)
If the historian of philosophy is sometimes overly attentive to historical context, then, the analytic philosopher is sometimes insufficiently attentive to it. If his standard of philosophical respectability is what he was taught in grad school or what he hears talked about at the latest APA meeting, he is naturally going to assume that if Plato, Aristotle, Aquinas, Descartes, or whomever really has something of interest to say, it must be expressible within the conceptual boundaries with which he and his friends in the profession are familiar. But a past philosopher’s significance is not to be measured in terms of the degree to which he approximates our opinions and assumptions. On the contrary, as Christopher Martin has said, “the great benefit to be derived from reading pre-modern authors is to come to realise that after all we [moderns] might have been mistaken” (Thomas Aquinas: God and Explanations, p. 203). A failure to interpret and evaluate the arguments of a past philosopher on their own terms not only entails misunderstanding what he had to say, but also deprives us of the opportunity of uncovering possible errors or limitations in our own thinking.
The only way for a philosopher to avoid both sterile historicism and ahistorical arrogance – both fossils and Frankenstein monsters – is to strive to understand the history of his subject while always keeping in mind that this historical knowledge is not an end in itself, but a means of approaching philosophical truth. In particular, it requires understanding the ongoing traditions of thought to which many of the great thinkers of the past contributed. To understand not just Thomas, Plato, or Aristotle, but Thomism, Platonism, or Aristotelianism, as living systems, is simultaneously to situate these thinkers within their proper intellectual context and to understand their contemporary relevance.