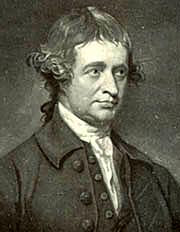 What is true is that conservatives tend to hold that the fact that a practice or belief is traditional should lead us to regard it as innocent until proven guilty, and to put the burden of proof on the innovator rather than on the upholder of tradition. To be sure, in some cases that burden can be easily met, and the guilt established quickly. Still, the fact that a practice or belief has survived for some time at least says something for it, and should make us at least cautious of discarding it glibly. This is not dogmatism but simply common sense. It parallels the attitude of medieval scholars toward ancient authorities, which is often caricatured as blind subservience but was nothing of the kind. Aquinas himself said that the argument from (human) authority is the weakest of all arguments. But as Christopher Martin points out in his fine Introduction to Medieval Philosophy, Aquinas and other medievals still regarded it as an argument, and a serious one: by no means conclusive, often mistaken, but nevertheless not to be dismissed.
(As Martin also notes, the difference between the medievals and the moderns on this question is not that the medievals respected authorities and the moderns do not. Modern people appeal to authority constantly – “All biologists accept evolution,” “Most economists think minimum wage laws increase unemployment,” “Nine out of ten doctors agree,” and so forth. The difference is that the medievals frankly acknowledged that they take authority seriously while modern people like to pretend that they don’t.)
So, when can the innovator’s burden of proof be taken as having been met? When is a traditional practice or belief to be upheld and when abandoned? To some extent this has to be answered on a case by case basis, but the cases fall into several distinct classes:
1. Some traditional practices might reflect something deep in human nature itself and thus be inherently necessary to human well-being.
2. Some traditional practices might not be inherently strictly necessary to human well-being, but may nevertheless tend to promote the well-being of any human society given the concrete circumstances universal to human societies.
3. Some traditional practices might play such a crucial if contingent role in maintaining the well-being, not of all societies, but of some particular society, given its own concrete circumstances.
4. Some traditional practices might not themselves directly have even this sort of conduciveness to the well-being of a society, but might nevertheless be logically, sociologically, historically, or psychologically connected to traditional practices that are conducive in this way, so that to eliminate them would indirectly threaten the directly beneficial practices.
5. Some traditional practices might not play any of the roles described in 1-4, but the mere fact of changing them might, given circumstances, upset the stability of a given society even though they have no intrinsic value.
6. Some traditional practices might be harmful in some respects, but eliminating them might do even greater harm.
7. Some traditional practices might be benign but not particularly beneficial – they can be either kept or abandoned with no harm of any sort, or with only trivial harm.
8. Some traditional practices might be harmful enough that eliminating them will do more good than harm.
Some conservatives would hold that there is a rational standard independent of tradition (e.g. natural law theory) by reference to which all such traditional practices can be judged. Others would hold that there is no standard apart from existing traditions themselves, so that the criteria for evaluation must be internal (e.g. an appeal to consistency). But what makes them conservatives is that, like the medievals, and like Edmund Burke, they insist that a traditional belief or practice is owed at least some serious consideration before it is abandoned. It should be conserved until we know that it is better to abandon it, rather than abandoned until it is proved to be beneficial. In particular, we need to know which of 1-8 it falls under. And we need to keep in mind that, human affairs being as complex as they are, it is not always going to be easy to determine what function a traditional practice serves even when it does indeed serve one – and that, accordingly, the bad consequences of abandoning it might be discovered only when it is too late.
(I discuss these matters in greater detail in my article “Hayek on Tradition,” though these days I would put much greater emphasis on classical natural law theory than I did there.)