Barron on “diversity, equity, and inclusion” 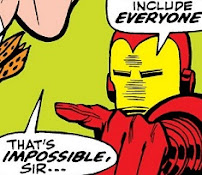 In a recent Word on Fire video, Bishop Robert Barron comments on the currently fashionable chatter about “diversity, equity, and inclusion” (or DEI, as they are commonly abbreviated).  In much political and cultural debate and institutional policy, these have come to be treated as fundamental and absolute values.  Indeed, as Bishop Barron notes, the trio has come to have the status that liberty, equality, and fraternity had for the French revolutionaries.  But like the latter notions, DEI rhetoric is not as innocuous as many suppose.  As the bishop argues, diversity, equity, and inclusion can have only relative and derivative rather than absolute and fundamental value, and some forms of them are bad.

I’ll summarize Barron’s points and then add some reflections of my own.  As he acknowledges, there are obvious respects in which diversity, equity, and inclusion can be good.  The diversity or variety that we find in the natural and social orders reflects the richness of being; justice requires equality before the law, equality of opportunity, and the like; and certain forms of exclusion from participation in the political and economic orders are gravely unjust, such as the slavery that existed in the American south before the Civil War.  Diversity, equity, and inclusion, Barron says, are valuable insofar as they facilitate the realization of fundamental and absolute values, such as justice and love (where love is defined as willing the good of another).

At the same time, as Bishop Barron points out, there are other respects in which diversity, equity, and inclusion can be bad.  A social order can exist only when its members recognize a common good, and principles that transcend the interests of individuals and unite them into a whole.  Thus, a degree of diversity that would allow even for the rejection of any such binding principles, or any common good, would destroy the social order.

As Barron also notes, some inequities are a consequence precisely of the diversity of strengths, interests, etc. that naturally exist among human beings.  They cannot be eliminated, and to try to eliminate them would entail totalitarianism.  Here Bishop Barron is simply reiterating a theme that is longstanding in Catholic social teaching.  In Rerum Novarum, Pope Leo XIII taught:

It is impossible to reduce civil society to one dead level.  Socialists may in that intent do their utmost, but all striving against nature is in vain.  There naturally exist among mankind manifold differences of the most important kind; people differ in capacity, skill, health, strength; and unequal fortune is a necessary result of unequal condition.

No one doubts that all men are equal one to another, so far as regards their common origin and nature, or the last end which each one has to attain, or the rights and duties which are thence derived.  But, as the abilities of all are not equal, as one differs from another in the powers of mind or body, and as there are very many dissimilarities of manner, disposition, and character, it is most repugnant to reason to endeavor to confine all within the same measure, and to extend complete equality to the institutions of civic life.

The Sillon says that it is striving to establish an era of equality which, by that very fact, would be also an era of greater justice.  Thus, to the Sillon, every inequality of condition is an injustice, or at least, a diminution of justice.  Here we have a principle that conflicts sharply with the nature of things, a principle conducive to jealously, injustice, and subversive to any social order.

Similar statements can be found in the teaching of other popes and in the tradition more generally.

Inclusion, argues Barron, cannot be absolute, for the same reason diversity cannot be.  Inclusion is always inclusion within some social order.  But, again, any such order requires, for its very existence, commitment to common principles and a particular way of life defined by those principles.  Any society must therefore exclude those who refuse to abide by those principles.  Nor, as Bishop Barron notes, does the Church’s openness to all show otherwise.  As he says, the Church welcomes everyone, but only on Christ’s terms, not their own.

Much more can be said.  To reinforce Bishop Barron’s point that diversity, equity, and inclusion are not absolute values, we should note that there are obvious respects in which they will not be present in Heaven.  For example, there will be no diversity of religious belief in Heaven.  The central feature of Heaven is the beatific vision – the direct, clear, and distinct knowledge of the very essence of the triune God.  Hence, in Heaven, there will be no atheists, no anti-Trinitarians, no pantheists, etc.  Such errors will not be possible.  (Am I saying that no one who is presently guilty of such errors about the divine nature will be saved, not even by invincible ignorance?  No, I am saying that even if they are saved, they will not persist in those errors in Heaven, because the beatific vision precludes that.)

What about equity?  The Church teaches that, in the afterlife, not all will be rewarded equally or punished equally.  For example, the Council of Florence states that those who are saved “are straightaway received into heaven and clearly behold the triune God as he is, yet one person more perfectly than another according to the difference of their merits.”  Similarly, the council teaches, the damned “go down straightaway to hell to be punished, but with unequal pains.”   For not all the righteous are equally righteous, and not all the wicked are equally wicked.  In this way, some inequities are destined to persist forever.

St. Therese of Lisieux proposed a famous analogy in her autobiography The Story of a Soul:

I once told you how astonished I was that God does not give equal glory in heaven to all His chosen.  I was afraid they were not at all equally happy.  You made me bring Daddy’s tumbler and put it by the side of my thimble.  You filled them both with water and asked me which was fuller.  I told you they were both full to the brim and that it was impossible to put more water in them than they could hold.  And so, Mother darling, you made me understand that in heaven God will give His chosen their fitting glory and that the last will have no reason to envy the first.

End quote.  But doesn’t God love everyone equally?  No, he does not.  As Aquinas argues, although there is a sense in which God loves all things equally, insofar as it is the same one act of will by which he loves everything, there is also a sense in which he clearly loves some more than others, which is reflected precisely in the fact that he has not given the same degree of goodness to all:

In this way we are said to love that one more than another, for whom we will a greater good, though our will is not more intense.  In this way we must needs say that God loves some things more than others.  For since God’s love is the cause of goodness in things, as has been said, no one thing would be better than another, if God did not will greater good for one than for another… God is said to have equally care of all, not because by His care He deals out equal good to all, but because He administers all things with a like wisdom and goodness…

It must needs be… that God loves more the better things.  For it has been shown, that God's loving one thing more than another is nothing else than His willing for that thing a greater good: because God's will is the cause of goodness in things; and the reason why some things are better than others, is that God wills for them a greater good.  Hence it follows that He loves more the better things.  (Summa Theologiae I.20.3-4)

Moreover, the love that God has for us, and the love he commands us to have for others, is by no means unqualified, and by no means does it entail an attitude of inclusiveness toward evildoers.  Aquinas writes:

Two things may be considered in the sinner: his nature and his guilt.  According to his nature, which he has from God, he has a capacity for happiness, on the fellowship of which charity is based, as stated above, wherefore we ought to love sinners, out of charity, in respect of their nature.  On the other hand their guilt is opposed to God, and is an obstacle to happiness.  Wherefore, in respect of their guilt whereby they are opposed to God, all sinners are to be hated, even one's father or mother or kindred, according to Luke 12:26.  For it is our duty to hate, in the sinner, his being a sinner, and to love in him, his being a man capable of bliss; and this is to love him truly, out of charity, for God's sake…

As the Philosopher observes (Ethic. ix, 3), when our friends fall into sin, we ought not to deny them the amenities of friendship, so long as there is hope of their mending their ways, and we ought to help them more readily to regain virtue than to recover money, had they lost it, for as much as virtue is more akin than money to friendship.  When, however, they fall into very great wickedness, and become incurable, we ought no longer to show them friendliness.  (Summa Theologiae II-II.25.6)

In this last passage, Aquinas echoes Christ’s teaching on reproving the sinner:

If your brother sins against you, go and tell him his fault, between you and him alone.  If he listens to you, you have gained your brother.  But if he does not listen, take one or two others along with you, that every word may be confirmed by the evidence of two or three witnesses.  If he refuses to listen to them, tell it to the church; and if he refuses to listen even to the church, let him be to you as a Gentile and a tax collector.  (Matthew 18:15-17)

Of course, this refusal of inclusiveness is, in this life, not absolute.  Even the seemingly most obstinate sinners may end up repenting after all – one of the purposes of excommunication is, in fact, to try to help the excommunicated person to see the gravity of his situation – and when they do repent they must be shown the friendliness we temporarily denied them.  But if they do not repent before death, there will be no inclusiveness shown them in the afterlife, as scripture, the Fathers, popes, creeds, councils, and catechisms clearly and irreformably teach (and as Bishop Barron agrees, by the way).  There will then be no DEI office to which they might appeal.

Needless to say, many contemporary Christians cite scriptural passages that speak of forgiveness, mercy, and the like in defense of a radical inclusiveness and universalism, while ignoring the many passages that would exclude such an interpretation.  They peddle these selective misreadings as if they represented some new and deeper insight into the Gospel.  In fact there is no new insight here at all, but just that ancient error of hairesis or heresy – “choosing” the part of Christian doctrine you like and ignoring the part you don’t like, inevitably distorting the former in the process.  The true sources of radical egalitarianism are to be found, not in the teaching of Christ, but in a disorder of the soul first analyzed by Plato and in apostasy from Christianity.