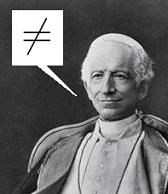 Philosopher Harry Frankfurt is famous for his expertise in detecting bullshit.  In a new book he sniffs out an especially noxious instance of the stuff: the idea that there is something immoral about economic inequality per se.  He summarizes some key points in an excerpt at Bloomberg View  and an op-ed at Forbes.


The basic idea is very simple and not really original (I’ve made it before myself, e.g. here) but cannot be restated too often given that so many people appear to lack a grasp of the obvious.  It is that equality as such is not a good thing and inequality as such is not a bad thing.  Suppose everyone was so poor that it was difficult for anyone even to secure basic needs like food, shelter, and clothing, but no one had any more than anyone else.  It would be ridiculous to say “Well, at least there’s a silver lining here for which we can be grateful: Everyone’s equal.”  Or suppose everyone had a standard of living at least as good as that of the average millionaire, but some were multi-billionaires.  It would be ridiculous to say “It is unjust that so many have to make do with mere millions while a few get to enjoy billions.”


When people complain about economic inequality, this can make sense from a moral point of view only if talk of inequality is really a proxy for something else.  Most obviously, it certainly makes sense to lament that some people live in poverty, and it makes sense to call on those who have wealth (and indeed in some cases and to some extent to require those who have wealth) to help those who live in poverty.  But the problem here is not that the poor have less than others.  The problem is that they have less than they need.  The problem, that is to say, is poverty, not inequality.


Similarly, it makes sense to be concerned that some wealthy people have massively greater influence over the political process than other citizens do.  And of course it is their greater wealth that accounts for this greater influence.  But as Frankfurt says, such influence can be countered “by suitable legislative, regulatory and judicial oversight,” and even if it could not be, it is not the inequality as such that is the problem, but rather something contingently associated with it.


Moreover, it very definitely makes sense to say that there are certain moral hazards associated with being wealthy.  A rich man can, if he is not careful, become too absorbed in business and other worldly affairs, too interested in acquiring fine material possessions and insufficiently interested in higher things, and thereby can gain the world at the expense of his soul.  Thus did Christ teach that it is easier for a camel to pass through the eye of a needle than for a rich man to enter the kingdom of God.  But that is not because there is anything wrong with being rich per se, but rather because there is everything wrong with being complacent, materialistic, and this-worldly.   And there are many rich people who are none of these things.  More to the present point, the problem has nothing to do with inequality.


And yet many people constantly harp on about inequality as such, and not just self-described socialists.  For example, liberal political philosopher John Rawls’s famous “difference principle” is not about mitigating poverty or undue political influence per se.  While the principle allows for certain inequalities, it also rules out others, not because they entail poverty or undue political influence, but rather simply because they are inequalities.


Barack Obama certainly sounded like it is inequality as such that bothers him during a 2008 presidential candidates’ debate.  Questioner Charles Gibson noted cases where government tax revenues actually increased when capital gains tax rates went down, and decreased when the rates went up, and asked why, in that case, Obama would favor raising rates.  Obama answered:


I would look at raising the capital gains tax for purposes of fairness.


We saw an article today which showed that the top 50 hedge fund managers made $29 billion last year -- $29 billion for 50 individuals.  And part of what has happened is that those who are able to work the stock market and amass huge fortunes on capital gains are paying a lower tax rate than their secretaries.  That's not fair.


End quote.  Now, Obama didn’t challenge Gibson’s factual claims.  Even when Gibson pressed him later to justify his answer in light of the fact that dropping the rates might actually increase revenue, Obama simply said: “Well, that might happen, or it might not,” depending on circumstances.  But if it did happen, what would be “unfair” about the hedge fund managers making so much more than their secretaries -- given that, by hypothesis, the government would in that case have more tax money to spend on programs which might benefit the secretaries?  It is hard to see what Obama could say other than that he thinks the inequality in question is in itself unfair.


From a natural law point of view, we have a grave duty to help those who are in poverty.  But we are also obliged to recognize that inequality is simply part of the natural order of things.  The two things -- poverty and inequality -- simply have nothing essentially to do with one another.  Pope Leo XIII expressed this position eloquently in his 1878 encyclical on socialism, Quod Apostolici Muneris, which vigorously reaffirms the duty of the rich to aid the poor, but also vigorously condemns socialism, which he calls “evil,” “depraved” and a “plague.”  And one of the problems he has with it is precisely its egalitarianism:


[W]hile the socialists would destroy the “right” of property, alleging it to be a human invention altogether opposed to the inborn equality of man, and, claiming a community of goods, argue that poverty should not be peaceably endured, and that the property and privileges of the rich may be rightly invaded, the Church, with much greater wisdom and good sense, recognizes the inequality among men, who are born with different powers of body and mind, inequality in actual possession, also, and holds that the right of property and of ownership, which springs from nature itself, must not be touched and stands inviolate. (Emphasis added)


Similarly, in Rerum Novarum (1891), Leo argued that under socialism:


The door would be thrown open to envy, to mutual invective, and to discord; the sources of wealth themselves would run dry, for no one would have any interest in exerting his talents or his industry; and that ideal equality about which they entertain pleasant dreams would be in reality the leveling down of all to a like condition of misery and degradation…


Socialists may in that intent do their utmost, but all striving against nature is in vain. There naturally exist among mankind manifold differences of the most important kind; people differ in capacity, skill, health, strength; and unequal fortune is a necessary result of unequal condition. Such unequality is far from being disadvantageous either to individuals or to the community. Social and public life can only be maintained by means of various kinds of capacity for business and the playing of many parts; and each man, as a rule, chooses the part which suits his own peculiar domestic condition…


But although all citizens, without exception, can and ought to contribute to that common good in which individuals share so advantageously to themselves, yet it should not be supposed that all can contribute in the like way and to the same extent. No matter what changes may occur in forms of government, there will ever be differences and inequalities of condition in the State. Society cannot exist or be conceived of without them…


[N]either justice nor the common good allows any individual to seize upon that which belongs to another, or, under the futile and shallow pretext of equality, to lay violent hands on other people's possessions. (Emphasis added)


Note that the pope was writing at a time when the standard of living of the poor in the Western world was much worse than it is now.  And note that he says these things while also reminding us in Quod Apostolici Muneris that the Church:


is constantly pressing on the rich that most grave precept to give what remains to the poor; and she holds over their heads the divine sentence that unless they succor the needy they will be repaid by eternal torments.


and affirming in Rerum Novarum that:


those whom fortune favors are warned that riches do not bring freedom from sorrow and are of no avail for eternal happiness, but rather are obstacles; that the rich should tremble at the threatenings of Jesus Christ -- threatenings so unwonted in the mouth of our Lord -- and that a most strict account must be given to the Supreme Judge for all we possess.


This insistence on sharply distinguishing concern for the poor from any concern for equality as such is just the sort of clear and careful thinking you’d expect from the man who also wrote Aeterni Patris and thereby revived the Scholastic tradition within Catholic intellectual life.


Anyway, it is good to see some clarity on this issue coming also from within mainstream contemporary academic philosophy.  Complaining about economic inequality is at best a gigantic time waster that can only promote muddleheaded thinking about poverty and other moral and political issues.  At worst, it is a mask for envy, which is evil.