The links you’ve been longing for 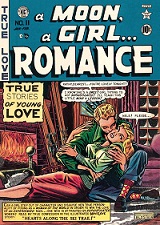 At Medium, David Oderberg on the prophets Orwell, Huxley, and Bradbury.

If aliens really exist, where the hell are they?  Michael Flynn surveys 34 possible answers.

At The Josias, James Berquist on the New Natural Law Theory as the source of Bostock’s error.

Sam Dresser on that time Carnap and Heidegger took a stroll together in Davos, at Aeon.

Grant Geissman’s mammoth The History of EC Comics is coming soon from Taschen.

At The Atlantic, John McWhorter on the dehumanizing condescension of White Fragility.  Matt Taibbi says it “may be the dumbest book ever written.”  Christopher Caldwell on “prophet of anti-racism” Ibram X. Kendi, at National Review.  At City Journal, Coleman Hughes says “anti-intellectualism” is more like it.

Short videos on topics in philosophy from Thinking Illustrated.

Apple TV offers a first look at its upcoming adaptation of Isaac Asimov’s Foundation.  The debut of Marvel’s Disney+ lineup has been delayed because of the pandemic.

The French translation of The Last Superstition is now available in a Kindle edition.

At New Discourses, James Lindsay on how to help people leave the woke cult.  Andrew Sullivan on the roots of wokeness.  At UnHerd, John Gray on its millenarian religious character.  Matt Taibbi says the left has now become what it sees in the right.  Sam Harris decries its “public hysteria and moral panic.”

Then there’s that other bit of public hysteria.  At The Times, Bernard-Henri Lévy says that the coronavirus has plunged the world into “psychotic delirium.”  Angelo Codevilla on the COVID coup, at The American Mind.  Michael Fumento notes ten things public health officials got wrong.  Alex Berenson on whether lockdowns work.

At 3:16, Richard Marshall interviews John Cottingham on Descartes and religion.

Eric Kaufmann on Britain’s Generation Z and conservatism, at UnHerd.

Agnes Callard on “publish or perish” in academic philosophy, at The Point.

Via YouTube, Jazziz magazine interviews jazz vocalist Carolyn Leonhart about her career, including her work with Steely Dan.  Ultimate Classic Rock on how Michael McDonald came to work with the Dan.  Paul Zollo on Walter Becker, at American Songwriter.

New books for Thomists: Herbert McCabe: Recollecting a Fragmented Legacy by Franco Manni; Thomism and the Problem of Animal Suffering by B. Kyle Keltz; The Light That Binds: A Study in Thomas Aquinas's Metaphysics of Natural Law by Stephen Brock.

At RealClearDefense, Francis Sempa argues that China’s rise proves that MacArthur was right.

James Piereson on the conservatism of George Will, at The New Criterion.

Capturing Christianity recently hosted a debate between William Lane Craig and Graham Oppy on whether mathematics points to God.

What is It Like to Be a Philosopher? interviews Spencer Case about his time in the military, religion, conservatism, living under quarantine in Wuhan, and much else.