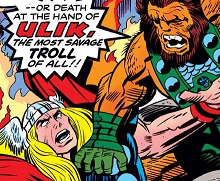 We’re long overdue for another open thread.  Now is the time for you to post that otherwise off-topic comment I’ve had to delete.  From Being Itself to mental health, from Mickey Spillane to John Coltrane, from Dada to Prada, in this post everything is on-topic.  Naturally, the normal rules of decency and civility still apply.

I see from some drama in the comments section that I once again have to comment on the tiresome topic of trolling.  As longtime readers know, I try as far as I can to let the comments section police itself.  There are two reasons for this.  First, in the interests of free discussion and in order to make all readers feel welcome whatever their level of knowledge of the subject matter of a post, I think it is better to err on the side of letting some lower-quality comments stand and leaving it to readers to decide what is worth responding to.  Second, I am extremely busy and simply don’t have time to read through, let alone micromanage, most combox discussions.

To be sure, I’m not some Democrat mayor; I don’t let lunatics run riot.  There are a few especially psychotic trolls who I consider banned forever and whose comments I always delete because they have proven themselves to be utterly obnoxious and irrational – routinely posting little more than insults, unhinged rants, personal obsessions, obscenity or blasphemy, etc.

But there are others I have banned for lesser offenses and whose return I have tolerated because they have shown themselves willing to curb their more unpleasant tendencies.  That does not mean that I think their comments are of high quality.  But it does mean that I have judged that, if other readers would simply follow the rule of not responding to people they regard as trolls, these people will not pose a serious problem.

Think of it on the model of a party.  Some of your fellow guests will be so interesting that you could talk to them for hours; some will be good for maybe ten or fifteen minutes of conversation before you run out of things to say to one another; some will be total bores; and a handful will be completely obnoxious – getting drunk, starting fights, acting lecherously, etc.  Now, a good host should throw out people in that last category, but should let all the others stay and leave it to the guests to figure out who is who.  And of course, a person who is boring to one guest may not be to another.  There’s no need to go on and on about how boring some fellow guest is.  If you don’t want to talk to him, don’t.  If others do, that’s their problem.

Finally, please remember not to post off-topic comments.  Other than the nastier troll comments, there’s nothing more annoying than a comment that begins “This is off-topic, but…”  If it’s off-topic, don’t post it.  I will delete it and all responses to it.