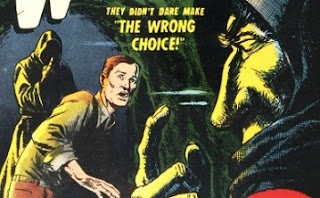 I’ve often argued that contemporary philosophers too often think only within the box of alternative positions inherited from their early modern forebears, neglecting or even being ignorant of the very different ways that pre-modern philosophers would carve up the conceptual territory.  One of the chief ways this is so has to do with the rationalist/empiricist dichotomy, as filtered through Kant.  It has hobbled clear thinking not only about epistemology, but also about metaphysics.


The standard Scholastic position, following Aristotle, was that (a) there is a sharp difference between the intellect on the one hand and the senses and imagination on the other, but that nevertheless (b) nothing gets into the intellect except through the senses.  To have a concept like triangularity is not the same thing as having any sort of mental image (visual, auditory, or whatever), since concepts have a universality that images lack, possess a determinate or unambiguous content that images cannot have, and so forth.  Still, the intellect forms concepts only by abstracting from images, and these have their origin in the senses.

Now, the early modern rationalists and empiricists essentially each embraced half of this position while rejecting the other half.  In particular, the rationalists kept thesis (a) while chucking out thesis (b), and the empiricists kept (b) while throwing out (a).  For the rationalists, concepts are irreducible to mental images and the intellect is therefore distinct from the imagination and senses.  But in that case, they inferred, concepts must be innate rather than grounded in experience.  For the empiricists, by contrast, concepts must all be derived from the senses.  But in that case, they concluded, concepts must not be distinct from the mental images that are faint copies of sensations, and the intellect essentially collapses into the imagination.

Against the rationalists, the empiricists would fling the charge that it is an illusion to suppose that you can read off conclusions about mind-independent reality from concepts that have no foundation in the senses, and that it is no surprise that the rationalists ended up constructing metaphysical systems that were ever more bizarre and untethered from reality.  Against the empiricists, the rationalists would object that you cannot arrive at truly universal concepts and general propositions from mere images, and that it is no surprise that empiricism led to ever more radical skepticism about the external world, causality, the self, etc., and shrank the realm of the knowable to the immediate contents of consciousness (if that).  Both of these lines of criticism are correct.  The error is in thinking that accepting the criticisms of one of these two views requires adopting the other, as if there were no third position.

Kant might seem to have provided a third position, but it would be closer to the truth to say that he embraced both errors at once.  He essentially agrees with the rationalists that the fundamental categories by which we carve up reality cannot come from experience and must be innate, but also agrees with the empiricists that these categories so understood will never afford knowledge of mind-independent reality.  Hence he concludes that these categories tell us only about how we have to think about mind-independent reality, not how it really is in itself.  It is no surprise that the sequel to Kant was 19th century idealism, which was as metaphysically extravagant as the empiricists would accuse the rationalists of being, and as prone to collapsing all reality into the mental as the rationalists would accuse the empiricists of doing.

Contemporary philosophy tends to bounce around this rationalist/empiricist/Kantian box rather than try to find a way out of it.  I say only that it tends to do so, because of course there are, as I have also often noted, many neo-Aristotelian developments in contemporary philosophy that amount precisely to efforts to get outside the box.  But the responses to such developments often reflect an inability to see outside it.

Hence, consider the view, common among analytic philosophers, that the only sorts of truths there are are either those of natural science or those of conceptual analysis, so that philosophy must be oriented toward one or the other.  Philosophers who think of their discipline as primarily devoted to conceptual analysis tend to fall either into a kind of rationalism or a kind of Kantianism, with predictable results.  If they claim, as a rationalist would, that what they say about essences, causality, possible worlds, etc. reflects something about objective reality, their critics will say: How can mere conceptual analysis yield such momentous results?  Why should reality conform to our concepts?  If instead they say, a la Kant, that the results of conceptual analysis tell us only how we must think about reality, the critics will say: So what?  Maybe we’re thinking about it the wrong way, and in particular in ways that reflect merely how natural selection or our cultural circumstances shaped our minds, rather than the way things really are.

Those who hold instead that philosophy is an extension of natural science tend to fall into a kind of empiricism, or into a kind of Kantianism proceeding from the empiricist rather than rationalist direction.  Their critics will say: Natural science has to be interpreted in either an instrumentalist or a realist way.  If we read it the first way, then it doesn’t get us knowledge of the objective world, and we’re stuck with a riff on Humeanism.  That’s essentially what logical positivism was, and it and other forms of antirealism are problematic in the usual well-known ways.  If instead we read science in a realist way, then we are taking on board a substantive metaphysics.  But then the history of scientific revolutions and Kuhnian points about the social nature of science raise questions about how objective such a metaphysics can be.  Maybe it gives us knowledge only of how the scientific community conceptualizes reality rather than how it really is – which is essentially a riff on Kantianism.

Interestingly, if you’re someone working in analytic metaphysics who thinks that we can get a more robust metaphysics than the critics of conceptual analysis suppose, or if you’re someone working in philosophy of science who think that natural science does give us something in the way of old-fashioned metaphysics, there is a good chance that you are a neo-Aristotelian who has made your way out of the box the early moderns put us in.  (I have in mind people like Molnar, Martin, Mumford, et al. in the first case, and Cartwright, Ellis, Bhaskar, et al. in the second.)

Anyway, the conceptual analysis/natural science dichotomy is essentially a riff on the logical positivists’ dichotomy between analytic propositions and empirically verifiable propositions, which was in turn a riff on Hume’s dichotomy between relations of ideas and matters of fact (“Hume’s Fork”).  And it is no more defensible than those ancestors are.  (See pp. 139-51 of Aristotle’s Revenge for detailed discussion.)

Other echoes of the rationalist/empiricist false dichotomy arise in discussions of arguments for God’s existence and for the immateriality of the mind.  For the ancients and medievals, First Cause arguments can get us from premises about the empirical world, by way of strictly demonstrative reasoning, to a conclusion about an absolutely necessary cause outside the world.  I’ve defended such arguments myself.  But if you’re a Humean, no such argument is possible.  If you’re starting from the empirical world, you can only ever get probabilistic conclusions and you can’t conclude to anything that exists of metaphysical necessity.  The most you might be able to construct by way of an empirically-based natural theology is a Paley-style inductive argument that gets you at best to a kind of demiurge rather than to the God of classical theism.  On the other hand, if you are going to provide a strict demonstration of a truly necessary being, then you are going to have to reason a priori.  But that only gives you at most knowledge of the relations between concepts, rather than of objective reality.  This is the inspiration for Kant’s influential view that the cosmological argument ultimately depends on the ontological argument, and therefore fails given that the latter argument does.  Contemporary criticisms of First Cause arguments to the effect that they are dubious scientific hypotheses, or that all necessity is merely the logical necessity that holds of the relation between concepts but tells us nothing about objective reality, reflect this broadly Humean way of carving up the conceptual territory.

Meanwhile, arguments for the immateriality of the mind like Richard Swinburne’s or W. D. Hart’s, which appeal to conceivability or to possible worlds, are essentially rationalist in spirit, and problematic for the reasons that rationalism in general is.  And it seems to be commonly supposed that if an argument for immateriality isn’t of this sort, then the only other thing it could be is a kind of quasi-scientific inductive hypothesis.  But arguments for the immateriality of the intellect of the kind Thomists would give fall into neither of these categories.

For example, consider the argument for immateriality from the determinate or unambiguous nature of the contents of our thoughts, which I have defended.  This argument does not start with some claim about what is conceivable or about possible worlds, and then try to deduce from that the immaterial essence of the intellect.  That sort of procedure gets things backwards.  We have to know the essence of a thing first, before we can know what is conceivable with respect to it, or what might be true of it in various possible worlds.  But neither is the argument a mere probabilistic hypothesis.  It begins with experience in the sense that it starts with what we know about our own thoughts and their conceptual content just by virtue of having them.  But it proceeds from that starting point to try to give a strict demonstration that thought cannot be material.

Properly to understand the arguments of Aristotelians, Thomists, Neo-Platonists, and other thinkers in the classical or pre-modern tradition requires being careful not to read them as if they were variations on some broadly rationalist, empiricist, or Kantian theme.  The roots of the arguments historically predate, and are conceptually distinct from, these modern tendencies.