Flew on Hume on miracles 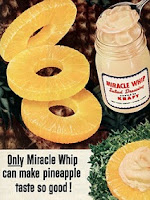 Having looked recently at David Hume on induction and Hume on causation, let’s take a look at Hume’s famous treatment of miracles.  To be more precise, let’s take a look at Hume’s argument as it is interpreted by Antony Flew in his introduction to the Open Court Classics edition of Hume’s essay Of Miracles.  This being Hume, the argument is, shall we say, problematic.

Hume, as Flew emphasizes, intends to make an epistemological point rather than a metaphysical one.  He isn’t saying that miracles are not possible (though, of course, he doesn’t think they ever actually occur).  Rather, he is saying that we can’t ever be justified in believing that a miracle has occurred.


One problem with this argument noted by Flew is that it is hard to reconcile with the rest of Hume’s philosophy.  For the argument presupposes that a law of nature holds as a matter of objective necessity.  The idea is that it is naturally impossible for a resurrection from the dead to occur (for example), so that a supernatural cause is required in order to make this happen.  Yet Hume is committed to the view that there are no objective necessities in nature.  That is the upshot of his account of causation.  As far as the objective facts are concerned, anything in principle might occur: The bread that once nourished us may poison us the next time we eat it, water might freeze at 900 degrees Fahrenheit, etc.  Our conviction that these sorts of things can’t happen is grounded only in subjective habits of expectation, not in the objective facts.  So, why shouldn’t we judge that miracles might occur, given Hume’s account of causation?  Indeed, if someone is convinced by that account, shouldn’t he be more inclined to think that miracles sometimes occur?


Flew’s way of dealing with this problem is to propose simply ignoring it for purposes of evaluating the argument about miracles.  That may seem brazen, but a case could be made for doing so.  One could say: “Believers in miracles and other non-Humeans believe in objective necessities, so they should find Hume’s argument a challenge, whatever Hume himself thought about objective necessities.”  I don’t think a Humean could say this, though.  A consistent Humean line on causation, it seems to me, would require giving up Hume’s argument about miracles, precisely for the reason given above.  If you’re going to make necessity observer-relative, then to be consistent you’d better be prepared to agree that all kinds of weird stuff might plausibly happen in mind-independent reality, including divine interventions in the ordinary course of things.


So, salvaging Hume’s argument about miracles would require giving up his view about causation and admitting that there are after all objective necessities in nature.  However, this brings us to a second problem with Hume’s argument, which Flew does not address.  Hume presupposes that to characterize something as a law of nature is to regard it as an absolutely exceptionless natural regularity.  That is to say, if I say that it is a law of nature that A’s are followed by B’s, then what that entails (Hume thinks) is that, in the natural order of things, in every single case an A will be followed by B.  That is why he thinks there is a conflict when someone says both that there is evidence that something is a law and that there is evidence that it has been overridden.  For evidence that it has been overridden is ipso facto evidence that it is not absolutely exceptionless after all.


But one need not believe in absolutely exceptionless regularities in order to believe in objective necessities and laws of nature.  A claim like A‘s are followed by B’s could instead be interpreted as saying that A’s have a causal power to produce B’s which is necessarily triggered if certain conditions obtain but not otherwise.  If those conditions are very common, then A’s will indeed usually be followed by B’s, but that is compatible with there being exceptions.  In that case, though, there will be no incoherence in thinking both that there is strong evidence that it is a law of nature that A’s are followed by B’s and that there is evidence that in some particular case an A was not followed by a B.  Of course, on this interpretation of laws, B might not follow even if there is no miracle.  But that only reinforces the point that there is no epistemic incoherence in claiming both that a certain regularity is a law and that it doesn’t always hold, whether that claim is made by a defender of miracles or by anyone else.


There is a third problem with Hume’s argument.  Flew, following Hume, makes a big deal of the point that in evaluating historical claims, we need to make use of our background knowledge about how the world works.  Hence if we know that in general, dead people stay dead, then we ought to factor this knowledge in when evaluating some historical claim to the effect that a resurrection has occurred.  In particular, if we know independently that dead people tend to stay dead, then that gives us reason to be skeptical about some report to the effect that a certain person rose from the dead.  This, Flew thinks, is Hume’s main insight.


That is all well and good as far as it goes, but it doesn’t go nearly as far as Flew and Hume think it does.  They seem to think that this point suffices to justify a completely general skepticism about miracle claims.  But it does no such thing.  It all depends on what is included in the body of background knowledge about how the world works.


Hence, suppose we have no independent reason whatsoever to believe that there is a God who can cause miracles, no reason to believe that there is an incorporeal aspect to human nature that survives the death of the body, etc.  Suppose further that we encounter in some historical text a claim to the effect that such-and-such a person rose from the dead, but where the account provides no context that would make this alleged event in any way intelligible.  For example, suppose there are no records of people widely believing that this resurrection occurred, no record of the person in question having predicted that he would rise from the dead, no record of any corroborating evidence such as a missing corpse, etc.   Suppose, in short, that the account gave the impression that the purported resurrection was just a random anomalous event that had no significant impact on later events and was not preceded by anything that would in any way lead us to expect that it might occur.


In that case, when we factor in our general knowledge that dead people tend to stay dead, it is certainly very reasonable to conclude, as Flew and Hume would, that the resurrection story is bogus and can safely be dismissed out of hand by historians.  So far so good.


But suppose instead that we have independent and very solid grounds to believe that God exists, that we have independent very solid grounds to think that human beings have immortal souls that survive the deaths of their bodies and could in principle be reunited with those bodies if God acted specially to make this happen, and so on.  Suppose also that we not only come across a claim that a resurrection has occurred, but also find that the person who was purportedly resurrected is said to have predicted that this would happen, that many people at the time believed that he really had been resurrected and were even prepared to lay down their lives on the basis of this belief, that the tomb in which his corpse was laid was found to be empty, etc.  Given all this background knowledge, it would not be reasonable to dismiss out of hand this miracle claim.  It might still be false, but one would have to consider all the evidence very carefully before drawing that conclusion, and could not justifiably rule it out peremptorily, as Hume and Flew want to do.


This position would indeed be circular, but the problem is that in making this reply, Flew is attacking a straw man.  Or at least, the defender of miracles certainly need not appeal to some purported divine revelation in order to justify the background knowledge claims in question.  On the scenario I was describing, the appeal would be instead to purely philosophical arguments for the existence of God, the immortality of the soul, etc.  As long as that is the kind of background information that the defender of the miracle claim makes use of, then there is no circularity at all.  (Of course, the philosophical arguments in question would have to work, and whether such arguments succeed is controversial.  I think they do work, but the point for the moment is just that there would be no circularity in appealing to them.)


To be sure, some apologists do try to defend the resurrection of Jesus without first setting out this kind of background argumentation in natural theology and philosophical anthropology.  In my opinion, that is a mistake, at least as a general approach to Christian apologetics.  As I have discussed elsewhere, the traditional approach to apologetics, which in my view is the correct approach, is to begin by doing a great deal of work of a purely philosophical nature – regarding the existence and nature of God, the immortality of the soul, the natural law approach to morality, etc. – before getting to specifically Christian claims.  Only in the context of the former can the force of the latter be properly understood.


I’m not claiming that there is no context in which one might proceed in some alternative fashion.  To take only the most obvious sort of example, if some philosophical naturalist literally saw a rotted corpse sit up in front of him, saw its flesh reconstituted before his very eyes and the body start walking and talking, etc., it would of course be silly for him to say: “Hmm, well, this might really be happening, but before deciding let me first go read some books about natural theology and see if there are any good arguments for God’s existence.”  Some rethinking of his convictions would obviously be called for just on the basis of that bizarre experience itself.


However (and needless to say) very few people are ever in a situation remotely as dramatic as that.  Hence, where general work in apologetics is concerned, the right approach is to begin by setting out, on purely philosophical grounds, a general metaphysical picture of the world that would make miracles intelligible and plausible.


In any event, it is only if we presuppose naturalism that Hume’s argument could have the completely general force against miracle claims that Flew thinks it has.  If we have independent philosophical reason to think that naturalism is false, then that force is undermined and we have to consider the evidence for various miracle claims on a case-by-case basis rather than dismissing them wholesale the way Hume wanted to do.


(For more on the nature of miracles, and on the background metaphysical context in terms of which miracle claims should be evaluated, see chapter 6 of Five Proofs of the Existence of God.)