Was Aquinas a materialist? 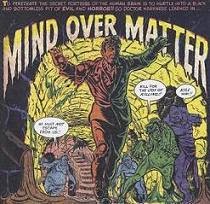 Denys Turner’s recent book Thomas Aquinas: A Portrait is beautifully written and consistently thought-provoking.  It is also a little mischievous, in a good-natured way.  A main theme of the book is what Turner characterizes as Aquinas’s “materialism.”  Turner is aware that Aquinas was not a materialist in the modern sense.  And as I have emphasized many times (such as at the beginning of the chapter on Aquinas’s philosophical psychology in Aquinas), you cannot understand Aquinas’s position unless you understand how badly suited the standard jargon in contemporary philosophy of mind is to describe that position.  Turner’s reference to Aquinas’s “materialism” is intended to emphasize the respects in which Aquinas’s position is deeply at odds with what many think of as essential to a “dualist” conception of human nature.  And he is right to emphasize that.  All the same, as I have argued before, if we are going to use modern terminology to characterize Aquinas’s view -- and in particular, if we want to make it clear where Aquinas stood on the issue that contemporary dualists and materialists themselves think is most crucially at stake in the debate between dualism and materialism -- then “dualist” is a more apt label than “materialist.”

When philosophers and theologians whose formation is in classical and medieval thought and who lack much familiarity with contemporary analytic philosophy hear the word “dualism,” they tend automatically to think of Platonism.  That is to say, they tend to associate “dualism” with the view that a human being is essentially an immaterial soul, that the body is not only extrinsic to human nature but even a kind of prison from which the soul needs to be liberated, and that the natural orientation of the soul’s cognitive powers is toward the realm of Platonic abstract ideas rather than concrete material reality.  Now, Aquinas was definitely not a “dualist” in this sense.  As Turner rightly emphasizes, Aquinas regarded animality and thus corporeality as no less a part of our nature than our intellectual powers are, and he took our cognitive faculties to be naturally oriented toward the material world.  The body is not a prison but essential to us, so that without his body a human being is radically incomplete.


However, when philosophers whose formation was in contemporary analytic philosophy hear the word “dualism,” what they tend automatically to think of is the view that the human mind is at least partially irreducible to or inexplicable in terms of anything corporeal.  And when they hear the word “materialism,” they tend automatically to think of the view that the human mind is entirely reducible to or explicable in terms of the corporeal.  So, the assertion that Aquinas was not a “dualist” but was more like a “materialist” is bound to sound, to the typical contemporary academic philosopher, like the claim that Aquinas thought that there is no incorporeal aspect to human nature -- that human beings are, like other animals, entirely corporeal.  And that is certainly not what Aquinas thought.  He puts forward many arguments purporting to show that the human intellect is incorporeal.  So, given current usage, it is misleading to deny that Aquinas was a “dualist,” and extremely misleading to say that he was a “materialist.”  He clearly was a kind of dualist, in the modern sense of “dualism,” and clearly was not a materialist, given the sense typically attached to “materialism.”


One reason this is not sufficiently clear from Turner’s discussion is that Turner gives the impression that the main difference between Aquinas and contemporary materialism is that Aquinas, unlike materialists, regarded all matter as conjoined with form.  As Turner sums up what he takes to be the key issue, it is because material things have form that they can on Aquinas’s view be “alive with meaning,” whereas matter as the contemporary materialist conceives of it is “meaninglessly dumb” or devoid of any inherent meaning (p. 97).  The impression Turner leaves the reader with is that as long as we beef up our conception of a material thing so that it includes the Aristotelian notion of form, then Aquinas’s position can plausibly be called “materialist.”


But that is simply not all there is to the difference between Aquinas and modern materialism, even if it is an important part of the story.  To be sure, Aquinas does think that purely corporeal things can possess what Turner calls “meaning” by virtue of having the forms they do.  For example, a bird is purely corporeal, and its bodily organs and activities have the “meanings” they do because the matter that makes up the bird has the substantial form of a bird rather than the form of some other thing.  For example, the bird has visual experiences which represent objects in its environment, and its wings serve the function of allowing it to fly.  Because Aquinas’s notion of matter is Aristotelian (rather than the desiccated notion of matter the modern materialist has inherited from Descartes and Co.) -- in particular, because he affirms immanent formal and final causes -- there is for him nothing mysterious about how a purely material substance could possess features like intentionality and teleology.


But in Aquinas’s view, the “meaning” of which rational animals are capable goes well beyond the “directedness” toward an end of which sub-rational animals, merely vegetative forms of life, and indeed even inorganic processes are capable.  For rational animals possess mental states with conceptual content.  This is what distinguishes intellect from the sensation and imagination of which non-human animals are capable.  And in Aquinas’s view (as Turner himself notes), strictly intellectual activity does not have a bodily organ but is essentially incorporeal.  That the human soul possesses this incorporeal activity alongside its corporeal activities is the reason why Aquinas thinks that the human soul can (unlike the souls of non-human animals) persist beyond the death of the body, and also why he thinks it cannot have been derived from our parents but must be specially created by God.


So, that he affirms that natural objects are composites of form and matter is by no means the only thing that sets Aquinas apart from modern materialists.  That intellectual activity is essentially incorporeal or non-bodily, that the human soul survives the death of the body, and that it must be specially created by God are, needless to say, all theses that the contemporary materialist would also firmly reject.  Meanwhile, contemporary dualists would affirm some or all of these theses.  So, to say: “Aquinas thought the human soul was incorporeal, survives the death of the body, and must be specially created by God -- but he was a materialist, and not a dualist!”… to say that would, really, be beyond misleading.  To most modern readers, it cannot fail to sound utterly bizarre, indeed incoherent.


The error in both cases, I would suggest, is that when Aquinas says that:


both sorts of readers at least implicitly interpret him as meaning that:


(2) The soul is the form of a substance which is entirely bodily or corporeal.


This is why there is nothing terribly mysterious about why the soul, as Aquinas understands it, can persist beyond the death of the body.  For the substance of which the soul is the form does not go out of existence with the death of the body.  Rather, the corporeal or bodily operations of that substance cease, while the incorporeal operations continue.  To be sure, the substance in question has been severely reduced or damaged; that is why Aquinas thinks of the disembodied soul as an “incomplete substance.”  But an incomplete substance is not a non-substance.  Thus, to say that the soul persists beyond the death of the body is not to say that the form of a substance persists after the substance has gone out of existence (which certainly would be a very mysterious thing for an Aristotelian like Aquinas to say!)


That a human being is this unique, indeed very weird sort of substance -- corporeal in some respects and incorporeal in others -- is what makes us different from, on the one hand, non-human animals (which are entirely corporeal) and on the other hand, angels (which are entirely incorporeal).  Platonists and Cartesians essentially assimilate human beings to angels, whereas materialists essentially assimilate human beings to non-human animals.  Aquinas rejects both views.  All the same, since to be a “dualist,” as that term is typically used today, it suffices to affirm that human beings have both corporeal and incorporeal features, there is obviously a clear sense in which Aquinas is a dualist.  And since affirming that human beings have incorporeal features -- not to mention affirming that there are purely incorporeal substances, viz. angels -- would suffice to keep one from being a “materialist” on pretty much any construal of “materialism,” it seems no less clear that Aquinas was not a materialist.


So, it seems to me that Turner’s use of the term, though understandable in light of those aspects of Aquinas’s position he rightly wants to emphasize, is ill-advised.  All the same, you cannot fail to learn from Turner’s book even when you disagree with him.


(For more on Aquinas’s philosophical psychology, see, among the many posts on the mind-body problem collected here, those devoted to the subject of Thomistic or hylemorphic dualism.)