The straw man that will not die 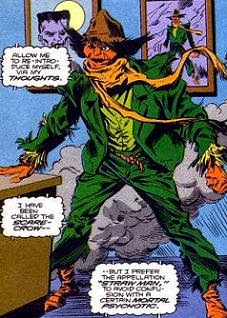 I noted recently that Fr. Norris Clarke, S.J. was making pretty much the same complaint (sans the YouTube link) over 40 years ago.  Turns out even he was late to the pity party by at least 75 years -- and indeed, beaten to it by another Fr. Clarke, S.J.  Dear reader, I give you the third edition of Fr. Richard F. Clarke’s textbook Logic, from the year 1895:


The reader will observe that the Law of Causation does not state (as some modern writers most unfairly would have us believe) that Everything that exists has a cause. In this form it is quite untrue, since God is uncreated and uncaused.  If it were worded thus, the objection, that we first formulate our universal law and then exclude from it Him on Whom all existence depends, would be perfectly valid.  But this is entirely to misrepresent our position.  It is one of the unworthy devices of the enemies of a priori philosophy.  (pp. 78-79)


The Church thinks in centuries.  The “skeptic” takes centuries to think.  If he ever does.  I think I’ll have my youngest son legally renamed “Fr. Clarke, S.J.” so he’ll be ready circa 2050 to offer yet another gentle reminder.