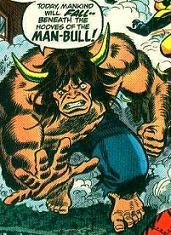 Harry Frankfurt’s famous essay “On Bullshit” first appeared back in 1986 and was republished a few years ago in book form.  Though it has surely attracted too much attention from people who get an adolescent thrill out of the idea that they can do philosophy in a way that involves repeatedly saying the word “bullshit,” Frankfurt’s thesis is serious and important.  Bullshitting, Frankfurt argues, is not the same thing as lying.  The liar, like the truth-teller, cares about what is true.  The difference is that the truth-teller conveys it while the liar wants to cover it up.  The bullshitter, by contrast, doesn’t really care one way or the other about the truth.  He isn’t using his communicative faculties for the sake of conveying either truth or falsehood, but rather for some other end, such as promoting himself.


The bullshitter may not deceive us, or even intend to do so, either about the facts or about what he takes the facts to be. What he does necessarily attempt to deceive us about is his enterprise. His only indispensably distinctive characteristic is that in a certain way he misrepresents what he is up to.


This is the crux of the distinction between him and the liar. Both he and the liar represent themselves falsely as endeavoring to communicate the truth. The success of each depends upon deceiving us about that. But the fact about himself that the liar hides is that he is attempting to lead us away from a correct apprehension of reality; we are not to know that he wants us to believe something he supposes to be false. The fact about himself that the bullshitter hides, on the other hand, is that the truth-values of his statements are of no central interest to him; what we are not to understand is that his intention is neither to report the truth nor co conceal it.


End quote.  Frankfurt discusses the example of someone who gives a pompous patriotic speech, every word of which the speaker may well believe to be true.  The reason the speech is bullshit is that the reason for the speech is not what the speaker pretends it to be.  The real aim is not to impress upon the listeners the virtues of their country, but to impress upon them the virtue of the speaker himself.  What he wants them to walk away thinking is not “How wonderful our country is!” but “How wonderful he is for describing our country that way!”


Bullshit of this sort is comparable to sentimentality as Roger Scruton understands it.  On Scruton’s analysis (which I discussed in an earlier post), in sentimentality an emotional state becomes an end in itself rather than something tending to get one to act appropriately in response to the situation that prompted the emotion.  For instance, someone who constantly chats up the plight of the homeless, but without any real interest in finding out why people become homeless or what ways of helping them are really effective, might plausibly be described as merely sentimental.  “How awful things are for the homeless!” is not really the thought that moves him.  What really moves him is the thought: “How wonderful I am to think of how awful things are for the homeless!”


Bullshit, or at least some bullshit, is like this.  It is speech pointing back at the speaker rather than at the world, just like sentimentality is emotion pointing back at the one feeling it rather than at the situation that prompted it.  Also like sentimentality, bullshit can serve the ends of a group or a cause rather than an individual.  We can luxuriate in the thought of how wonderful we are for collectively feeling compassionate (or outraged, or patriotic, or loyal, or whatever) just as much as I can luxuriate in the thought of how wonderful I am for feeling that way.  Similarly, bullshit can be directed at getting people to think well of some group, institution, or cause just as much as at promoting oneself.


Here’s one genre of literature that smells to me suspiciously like bullshit: the books aping Frankfurt’s essay, with “bullshit” or other vulgarities or obscenities in their titles, which have appeared since the book version of “On Bullshit” became a bestseller in 2005.  (For some examples, click through the “Customers Who Bought This Item Also Bought” section on Amazon’s page for Frankfurt’s book.)  Ostensibly, such books are meant to put forward serious philosophical or cultural analyses of the phenomena named by this or that dirty word.


Could it be, though, that the motivating thought is not: “This is an important phenomenon that demands a book-length analysis,” but rather: “Maybe I can make myself look like an excitingly transgressive thinker, and earn a few bucks along the way, by spouting some pseudo-philosophical pretentious bullshit about cuss words like ‘bullshit’”?


Just askin’.  If the answer is Yes, we might call this bullshit about bullshit -- meta-bullshit.


(I just know someone out there is about to jump straight to the combox to label this blog post “meta-meta-bullshit.”  Sorry, just beat you to it.)


Another kind of meta-bullshit is common in discussions of politics.  That politicians trade in bullshit has, needless to say, become a cliché.  Indeed, it has become such a cliché that one suspects that the “All politicians are bullshitters” meme is itself a kind of bullshit.  It is often intended to call our attention, not to political reality so much as to the putative moral superiority and sophistication of the speaker.  Many a comedian has built a career on such a pose of knowing cynicism.  Think of George Carlin (who was, to be sure, often very funny), or Bill Maher (not so much) -- people often as “full of it” as the politicians they ridicule.


This brand of meta-bullshit is especially risible coming from people who profess to be lovers of democracy.  For as any reader of Plato’s critique of democracy in The Republic knows, the democratic ethos -- with its pretence that all the views and ways of life prevalent in a pluralistic society be regarded as worthy of equal respect -- inevitably tends toward bullshit.  A politician who spoke with complete frankness -- who said exactly what he thought about those views and ways of life among his fellow citizens that he didn’t share, which is bound to be most of them -- would never get elected, and would no doubt tick off most of those people who claim they want politicians to speak frankly.


Frankfurt calls attention himself to one way in which democracy breeds bullshit:


Bullshit is unavoidable whenever circumstances require someone to talk without knowing what he is talking about. Thus the production of bullshit is stimulated whenever a person’s obligations or opportunities to speak about some topic are more excessive than his knowledge of the facts that are relevant to that topic. This discrepancy is common in public life, where people are frequently impelled — whether by their own propensities or by the demands of others — to speak extensively about matters of which they are to some degree ignorant. Closely related instances arise from the widespread conviction that it is the responsibility of a citizen in a democracy to have opinions about everything, or at least everything that pertains to the conduct of his country’s affairs. The lack of any significant connection between a person’s opinions and his apprehension of reality will be even more severe, needless to say, for someone who believes it his responsibility, as a conscientious moral agent, to evaluate events and conditions in all parts of the world.


End quote.  Frankfurt also regards skepticism and “’anti-realist’ doctrines” as sources of bullshit -- and skepticism and anti-realist doctrines like relativism are, as every reader of Plato also knows, fostered by democracy.    Where confidence in our ability to know objective truth wanes, what replaces it, Frankfurt observes, is “an alternative ideal of sincerity.”  Here, as with bullshit and sentimentalism, we see attention turned inward, to the subject and his attitudes toward the world rather than to the world itself.  Sincerity in the expression of one’s views, rather than their correctness or rational justifiability, becomes the watchword.  Thus are we led to a situation in which, as Frankfurt says, “sincerity itself is bullshit.”


To complain, Ross Perot-style, that democracy would be great if only it weren’t for the bullshit of politicians, is like saying that pornography would be great if it weren’t for all the nudity.  You want pornography, you’re going to get nudity.  You want democracy, you’re going to gets lots of bullshit.  That doesn’t mean Churchill wasn’t right that bad as democracy is, everything else is even worse.  But if he was right, it is foolish -- and often just bullshit -- to pretend it could be much better, or that politicians are especially at fault for its being as bad as it is.


I was trained in analytic philosophy, which, despite the regrettable tendency of some (though by no means all) of its practitioners toward scientism, is not a bad preparation for Scholastic philosophy.  For analytic philosophers, like Scholastics, value conceptual precision, rigorous argumentation, and clarity of expression.  Accordingly, analytic philosophers often regard modern continental philosophers -- the sort who write and argue like Hegel, or Heidegger, or even worse -- as bullshit-peddlers, sometimes with good reason.


But the methods of analytic philosophy can lend themselves to a different kind of bullshit.  One should at least suspect its presence in an author when symbolism and other formal techniques that could easily be dispensed with without loss of rigor and with a great gain in readability are used anyway; or when paragraph after paragraph is devoted to the tedious examination of variations on variations of implausible views that no one, including the author, actually holds or is ever likely to hold.  One wonders of at least some philosophers who write like this whether they are less interested in facilitating philosophical understanding than in demonstrating their own cleverness or trying to give a banal piece of work the appearance of gravitas.


I’ll give one example, because it’s someone I otherwise admire.  Plus he’s dead.  Robert Nozick was undeniably brilliant and often very interesting even when he was wrong.  I wrote my first book about him, and while I no longer accept the libertarianism I defended therein, the arguments he gave for that position are serious and worthy of philosophical attention.  So too is much of his other work.  He had a well-known tendency, though, to explore ideas just for the sake of exploring them, even when he was not inclined to take them too seriously.  While there is nothing necessarily wrong with that, the result could sometimes be page after tedious page of explorations of various riffs on ideas that were just non-starters.  The chapter in Philosophical Explorations on why there is something rather than nothing, which I discussed in a post some time back, is like that.  (“Nothingness force” anyone?)  So too, in my view, is the chapter in Invariances discussing various ways a relativist might try to make his position coherent.  One is sometimes tempted to say: “Nozick, I admire your intellect, your breadth of knowledge, your wit.  But come on -- you know this is bullshit!”