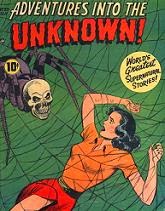 But that was just a passing remark -- rather than the substance of my reply -- and I had a good reason for making it.  Oerter had in his earlier post quite reasonably called attention to comments of Ross’s that seemed to imply that the considerations he was raising really had only epistemological rather than metaphysical import.  Those comments naturally raised questions about how to interpret what Ross was saying, so it was relevant to call attention to passages wherein he and Kripke make clear that they intended a metaphysical rather than merely epistemological reading.

But of course Oerter is quite right to insist that what matters at the end of the day is whether their arguments really do have metaphysical rather than merely epistemological significance, not whether they intended them to have it.  But as I argued in my previous post, the significance really is indeed metaphysical.


Now, Ross’s and Kripke’s point is that the same thing is true of all physical symbols and all physical processes, no matter how complex.  There is in principle nothing in any of them that entails one specific meaning rather than another.  Oerter himself appears to admit this.  He essentially conceded in his original post that none of the past physical properties of a machine (say) by themselves entail that it is computing this specific function rather than that one.  He suggested that the future behavior of the machine might tell us, but as I pointed out in the previous post -- and Oerter has not responded to this point -- Ross’s and Kripke’s argument is completely unaffected even if we add not only all future, but all possible, physical behavior of the machine.  Claiming that this is merely an epistemological point is no more plausible than saying that it is just an epistemological point to note that none of the physical properties of Δ entail a particular meaning.


Of suppose, alternatively, that someone denied that the Pythagorean theorem is true.  You point out to him that it has been proven many times over.  Suppose he replies: “Well, sure, but that’s just an epistemological point.  Maybe, for all we know, all the proofs have been in error and we just haven’t discovered the errors yet.  Hence the supposed proofs don’t really tell us anything about geometry itself, but just about what we know about geometry.”


Both of these responses would, needless to say, be silly.  Raising far-fetched epistemological questions about a metaphysical claim doesn’t magically transform the metaphysical claim itself into an epistemological claim.  But Oerter’s objection to Ross is no better than the responses given in these imagined scenarios.  It is silly to say: “Sure, I concede that all possible physical facts together do not entail that a machine is computing this function rather than that, but maybe that’s just a fact about our knowledge rather than a fact about reality.”  It is hard to see how this differs from a desperate recourse to skepticism as a way of avoiding falsification.  It’s a ploy that could be used to “refute” any argument one doesn’t like: “Sure, the evidence entails p, but that doesn’t show us anything about p itself, but only about what we know about the evidence.  It’s really just an epistemological point.”


There’s something about Hilda


Part of the problem here might be that Oerter is not carefully distinguishing the following two claims:


(1) There just is no fact of the matter, period, about what function a system is computing.


(2) The physical properties of a system by themselves don’t suffice to determine what function it is computing.


Oerter sometimes writes as if what Ross is claiming is (1), but that is not correct.  Ross is not denying, for example, that your pocket calculator is really adding rather than “quadding” (to allude to Kripke’s example).  He is saying that the physical facts about the machine by themselves do not suffice to determine this.  Something more is needed (in this case, the intentions of the designers and users of the calculator).


Perhaps the reason Oerter thinks his “That’s just an epistemological point” response is plausible is that he has examples like this in the back of his mind -- cases where the physical facts alone don’t tell us what function a machine is computing, but where we have other information that does tell us.  What he fails to see is that while this is perfectly true, it doesn’t help his case at all, because the information in question is not information derived from the physical facts about the system itself.  And that’s just Ross’s point.  It is (2), rather than (1), that Ross is arguing for.


Of course, Ross also thinks what is true of machines is true of human beings.  That is to say, the physical facts about human beings by themselves don’t determine what content their thoughts have, what functions they are computing, and so forth.  But he doesn’t think there is no fact of the matter about what content their thoughts have, what functions they are computing, etc., any more than he does in the case of the calculator.  He thinks, in both cases, that there is a fact of the matter but that something other than the physical facts about the system determines what it is.  In the case of machines, what determines it is human designers and users, who are of course distinct from the machines.  In the case of human beings, it is an immaterial aspect of human nature.


This brings us to a further claim of Oerter’s, to the effect that Ross is applying a “double standard” insofar as he does not (so Oerter mistakenly thinks) apply to human beings the argument he applies to machines.  Oerter writes:


Note that Ross's argument is just as valid when talking about what another person is doing when (say) adding. That is, when I am trying to determine whether Hilda is actually adding, or merely simulating adding, all I can do is investigate her physical actions and responses. If Ross's argument is correct, then from a finite amount of data such as these I cannot determine whether Hilda is adding or not. So (if Ross is right) I can never know whether another person is capable of addition.


But note that from the above it doesn't follow that Hilda is not adding. It may be that Hilda is in fact doing something perfectly determinate. I just can't know whether she is or not. So it is clear that Ross's argument doesn't get us past the epistemological.


I leave aside the question of how we, as observers of her actions, can know whether Hilda is really adding -- and is not just a zombie -- which is, of course, a variation on the “problem of other minds.”  That simply isn’t relevant to Ross’s argument.  All that is relevant is that if Hilda is in fact adding, it can’t be the physical facts about her alone that metaphysically determine that she is.  Again, Ross is not talking about epistemology (“How do we know a system is computing such-and-such a function?”) but metaphysics (“By virtue of what facts about a system is it computing such-and-such a function?”).  Here as elsewhere, Oerter can’t seem to see the difference between an epistemological issue and a metaphysical one, and reads his own confusion into Ross, Kripke, and me.


Oerter rightly points out that Kripke’s paradox, unlike Ross’s argument, is supposed by Kripke to entail that there would be no fact of the matter even in one’s own case (forget about Hilda’s case) about what one’s thoughts mean.  But as I explain in my ACPQ article (wherein I discuss this issue in detail), Kripke and others draw this conclusion because they overlook a number of independently-motivated distinctions commonly drawn by Scholastics.  Kripke’s paradox is in any event also metaphysical rather than epistemological.  And since it is (Ross and I argue) incoherent to deny that one’s own thoughts have determinate meaning, and yet this is what would follow if thought were purely material, it follows that thought cannot be purely material.


Nor, I should add in response to a comment from one of Oerter’s less intelligent readers, does this entail a belief in “ectoplasmic goo” (whatever that is) as an alternative “explanation” of thought.  Of course, neither Ross nor I believe in any such thing, and this is just one of the usual question-begging straw men flung at non-materialists.  It assumes that the dispute between materialism and dualism is a matter of competing “explanatory hypotheses,” and that to affirm the existence of what is immaterial is to posit a kind of “stuff” that is kind of like matter (“goo” or the like) only more rarefied -- all of which evinces a basic ignorance of what philosophical dualists have actually said.  It also reflects an inability to rise above crude imagistic thinking - that is to say, an inability to think, in the strict sense.  But we should not put the foibles of some of Oerter’s readers on his account!