Eliminativism without truth, Part I 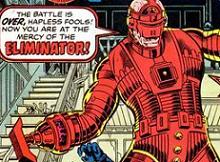 Suppose you hold that a good scientific explanation should make no reference to teleology, final causality, purpose, directedness-toward-an-end, or the like as an inherent and irreducible feature of the natural order.  And suppose you hold that what is real is only what science tells us is real.  Then you are at least implicitly committed to denying that even human purposes or ends are real, and also to denying that the intentionality of thought and the semantic content of speech and writing are real.  Scientism, in short, entails a radical eliminativism.  Alex Rosenberg and I agree on that much -- he defends this thesis in The Atheist’s Guide to Reality and I defend it in The Last Superstition.  Where we differ is over the lesson to be drawn from this thesis.  Rosenberg holds that scientism is true, so that eliminativism must be true as well.  I maintain that eliminativism is incoherent, and constitutes a reductio ad absurdum of the scientism that leads to it.  I responded to Rosenberg at length in a series of posts on his book.


In his paper “Eliminativism without Tears,” Rosenberg attempts in a more systematic way than he has elsewhere to respond to the charge of incoherence.  Rosenberg kindly sent me this paper some time ago, and I note that it is now available online.

Anyone interested in these matters should definitely give it a read.  Elsewhere Rosenberg has dismissed the incoherence charge as “puerile,” but here he characterizes it as “powerful” and “serious.”  Evidently, what he regards as puerile is the suggestion that eliminativism can quickly be refuted simply by attributing to the eliminativist the pragmatically self-contradictory belief that there are no beliefs.  As I have always acknowledged, Rosenberg is correct in holding that eliminativism cannot be refuted that easily.  The eliminativist can without difficulty simply avoid using “I believe that…” and similar locutions.  The real question is whether he can entirely avoid making use of notions which at least implicitly presuppose the intentionality and semantic content that eliminativism denies.  Rosenberg cites Lynne Rudder Baker’s Saving Belief as the “best” presentation of this more sophisticated sort of objection.  (I develop this sort of objection in the last chapter of The Last Superstition, and also in some of the posts linked to above.)


In this new paper, Rosenberg not only takes the problem seriously, but calls attention himself to the way certain notions that those beholden to naturalism might think unproblematic are unavailable to a consistent eliminativist.  In his understanding both of the implications of naturalism and the gravity of the problems facing certain defenses of it, Rosenberg simply outclasses not only its pop science advocates (Dawkins, Krauss, Coyne, Stenger, et al.) but also many of its philosophical defenders (such as Dennett, and the more aggressive among Thomas Nagel’s critics).


That is one reason to read him.  Another, though, is to see just how miserably even the most careful defender of eliminativism fails to defend it against the charge of incoherence.  For fail miserably he does.


The thought that snow is white also has intentionality insofar as it is about, points to, or is directed at the very same state of affairs.  Its intentionality, however, is intrinsic rather than derived.  While you might use the spoken or written sentence “Snow is white” to convey the thought, no one is using the thought to convey the thought.  As some Scholastic logicians would put the point, while the sentence “Snow is white” is both a sign and also something else -- a set of ink marks or noises or whatever -- the thought that snow is white is a sign that is just a sign and nothing else.  There is no gap here between vehicle and content, as there is between the ink marks or sound waves that embody a sentence on the one hand and its meaning on the other.  A thought, unlike a sentence, just is its content.


As-if intentionality, finally, is not really intentionality at all, but merely a convenient fiction.  When we say “The ball wants to get to the bottom of the driveway,” we don’t really mean that the ball literally has a desire to get to that particular spot.  We simply find it useful to describe it as if it did.


A second distinction that needs to be made is one that Scholastic writers draw between strictly intellectual activity on the one hand, and mental imagery and the like on the other (the standard Scholastic term for which is “phantasms”).  To grasp the concept of triangularity, for example, is not the same thing as having a mental image of a triangle.  The concept in question is universal, applying to every triangle without exception, while a mental image of a triangle is always in some respects particular (black rather than green or blue, isosceles rather than equilateral or scalene, and so forth).  The concept is also determinate or exact in a way no mental image can be.  A mental image of a triangle with black borders, like a drawing of a black triangle, could stand for triangles in general, but it could also stand for black triangles in particular, or for a dunce cap, or for a triangular UFO.  There is nothing in the image itself that determines one way or the other what it is about.  But to have the concept of triangularity just is to have something that is determinately about triangles in general, and not about merely some particular triangle, or a dunce cap, or a UFO.


Finally, we need to distinguish an Aristotelian conception of mind and human nature from either a materialist conception or a Cartesian one.  From an Aristotelian point of view, the other two conceptions involve a fallacious tendency to reify abstractions and/or to attribute to parts of a human being what can properly be attributed only to the whole.  The Aristotelian regards a human being as a single, irreducible substance that takes in nutrients, grows, reproduces itself, moves itself about, senses the world around it, has various appetites, thinks, and wills.  Aristotelians regard thinking and willing as incorporeal activities and the other activities as corporeal ones, but it is the one substance that carries out both, and even those Aristotelians who think that the intellect survives the death of the body (such as Thomists) do not think that the separated intellect constitutes a complete substance in its own right, but rather the human being in a radically diminished state.  To use an analogy I’ve made use of before, just as a sentence is a single entity with both physically definable properties (such as the chemistry of the ink in which it is written) and properties not so definable (such as its semantic content) so too is a human being a single thing despite its radically different aspects.  (The difference being that a sentence is a kind of artifact and a human being is not.)


From an Aristotelian point of view, the Cartesian conception of human nature grotesquely distorts it in several ways.  First, it abstracts from matter its mathematically definable features -- ignoring aspects that are not so definable, such as substantial form, immanent teleology, and secondary qualities-- and then reifies this abstraction, redefining “matter” as that kind of stuff which has these mathematically definable features, and only those features.  Second, the Cartesian abstracts from human nature its mental aspects and then reifies them, resulting in the notion of a “thinking substance.”  Third, whereas the Aristotelian sees what is distinctive about our minds as their intellectual capacities, such as their capacity for grasping universally shared concepts, the Cartesian tends to focus on conscious awareness, understood as something private, directly knowable only via introspection.    Fourth, the Cartesian then slaps together his desiccated notion of matter and his reification of introspected conscious thought and calls the resulting aggregate a “human being.”  For the Aristotelian, this is a little like squeezing every last drop of juice out a certain piece of fruit, peeling off the skin, drying it out and throwing away the pulp -- then putting the dried out skin next to a glass of the juice and saying “An orange is what you get when you put this dried skin next to the glass.”


The materialist, meanwhile, lops off the one abstraction (the thinking substance), keeps the other (the mathematicized redefinition of matter), and insists that only what is reducible to the latter is real.  He is like the man who says “No, no, an orange is just the dried out skin by itself,” considers this a great advance in understanding (backed by Ockham’s razor, no less), and accuses those who disagree with him of holding that an orange is an unwieldy composite of dried skin and glass of juice.  The right view, of course, is that an orange is what you had before the juice and pulp were squeezed out, and for the Aristotelian what a human being is (and indeed what natural substances in general are) are what we had before Cartesians and materialists got hold of them.  (Contemporary property dualism is essentially a middle ground position between materialism and Cartesianism, accepting their desiccated view of matter, and tacking on to it the “juice” but without the “glass.”)


Now, Rosenberg’s position crucially depends on a failure to make distinctions like these.  To be sure, he is well aware of Searle’s distinction between intrinsic and derived intentionality, and he is well aware also that a consistent eliminativist has resolutely to deny that either kind is real.  All the same, at the end of the day his position founders on a failure to pay sufficient attention to the notion of as-if intentionality.  In particular, Rosenberg mistakenly supposes he has the conceptual machinery to state the eliminativist position in a way that avoids incoherence, because he fails to see that his key concepts are ambiguous between cases of real intentionality of some kind (whether intrinsic or derived) and cases of mere as-if intentionality.  It is only if they have the former (real intentionality of one of the two kinds) that his crucial notions can possibly do the job he needs them to do -- to ground a distinction between information and misinformation, reality and illusion, truth and error -- but it is only the latter (mere as-if intentionality) that is actually compatible with his eliminativism.


Rosenberg also essentially conflates having a thought with having a phantasm (such as a visual or auditory mental image of some sort, whether of a word, a sentence, or of the thing thought about).  And he implicitly supposes that to reject a materialist account of mind entails adopting something like a Cartesian account.  As we’ll see when we turn to his arguments in a further post, when such ambiguities, conflations, begged questions, and false alternatives are exposed, those arguments turn out to have no force.