Maudlin on time and the fundamentality of physics 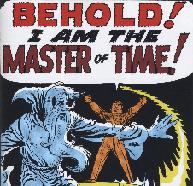 Philosopher of physics Tim Maudlin is interviewed at 3:AM Magazine.  (I commented on an earlier interview with Maudlin in a previous post.)  The whole thing is worth reading, but several passages call for special comment.  On the subject of the reality of time, Maudlin says:


[M]any physicists and philosophers like to say that the passage of time is an “illusion”. In my account of things, it is not at all illusory: time passes from past to future by its intrinsic nature. Further, the fundamental laws of nature are exactly physical constraints on what sorts of later states can come from earlier states. Parmenides, of course, also argued that time and motion are illusions. I think I understand what he was claiming, and think it is just flatly false. I don’t see the modern defenders of the “illusion” claim as in any better position than Parmenides was.

I further believe that physicists have been misled by the mathematical language they use to represent the physical world. Temporal structure is part of (maybe all of!) the geometry of space-time, and the standard mathematical description of geometrical structure was developed with purely spatial structure in view. Space, unlike time, has no directionality and the mathematics developed to describe spatial geometry does not easily or naturally represent directionality.


End quote.  I’ve made points like these myself -- including in my previous post on Maudlin -- and their importance cannot be overstated.  As I argued in that post, a Parmenidean interpretation of relativity is ultimately incoherent; and as I have argued in several places, much fallacious thinking about the implications of physics rests on a tendency to mistake its mathematical representations of the physical world for an exhaustive description of that world.  (That physicists have been misled by their mathematical models into denying the reality of time is also a theme of physicist Lee Smolin’s new book Time Reborn.  Read Ray Monk’s review here.)


Maudlin also makes some interesting remarks about the question of whether physics is more fundamental than other sciences.  Borrowing a line from the Tom Lehrer song “Wernher von Braun,” Maudlin suggests that physics differs from other sciences insofar as there is nothing in space and time about which the physicist can say “That’s not my department.”  This is the case, he says, even though other sciences tell us things that physics cannot:


[D]isciplines other than physics can provide insight or understanding of phenomena that are not given by the physical analysis alone. In this sense, the special sciences can be explanatorily (but not ontologically) autonomous from physics. Here’s a simple example. A particular physical system, which happens to be a computer, sits on my desk displaying a little clock whose hands go round and round. This must be explicable from a purely physical analysis of the system: electricity runs through the wires and chips in certain patterns that yield the image of the clock. The computer scientist can provide a different sort of insight into the phenomenon: she notices that my program has a loop in it. Interpreting the little clock as an indication that the algorithm is still running, she predicts that the clock [will] go round forever without knowing anything at all about the physics of the machine except that it somehow instantiates the computer program. If one only had the physical description, one would miss this insight into the phenomenon.


Still, the physical treatment is in one sense more fundamental. The computer scientist says that unless something intervenes to change the programming, the clock will go round forever. The physicist says that unless something intervenes physically, the screen will go black in exactly 34.7 minutes, when the battery runs out. The physicist, if he has done his job properly, will make the correct prediction, and must modify the physical theory if the prediction fails. The computer scientist can say, when the question of battery life comes up, “That’s not my department”.


So I would say that while phenomena can require, for their most complete understanding, different sorts of conceptual descriptions, these are not really different ontologies. The ontology is all, at the most fundamental level, a physical ontology.


End quote.  An interesting question is what, exactly, “fundamental” amounts to here.  On the one hand, Maudlin tells us that though the “conceptual descriptions” utilized by the special sciences are different from those of physics, the “ontologies” are not, insofar as anything studied by those sciences ultimately falls within “a physical ontology.”  That makes it sound like what really exists is nothing but what physics tells us exists.  On the other hand, Maudlin is no crude reductionist, emphasizing as he does that “disciplines other than physics can provide insight or understanding of phenomena that are not given by the physical analysis alone” and that “phenomena can require, for their most complete understanding, different sorts of conceptual descriptions [from those given by physics]” (emphasis added).  But for a description of nature to offer real “insight” or “understanding,” it surely must be true; if it is true, then the things it refers to must exist; and if they exist but are not captured by physics, then the ontology of physics does not exhaust what exists.  So by saying that physics is “fundamental,” it seems that Maudlin cannot plausibly mean that only what physics tells us about is real.


Nor can “fundamental” merely mean that the things studied by the special sciences are made up out of the things studied by physics (e.g. particles of various sorts) because the people Maudlin is disagreeing with in making these comments (e.g. James Ladyman, who rejects the notion of a fundamental level of reality) do not deny that.  Nor do Aristotelians, who certainly wouldn’t say that what physics tells us about is somehow more metaphysically fundamental than what biology (say) tells us about.


Moreover, there is a clear sense in which a physicist can say “That’s not my department.”  He can say “Qua object made up of particles and operating according to physical law, a computer is indeed in my department.  But qua running such-and-such a program, it is not in my department.  Go see the computer scientists for that.”  (And as Kripke, Popper, and Searle have argued, you are in principle never going to define what it is to run a program entirely in physical terms.)


Of course, the Aristotelian will agree that computers are not fundamental in one sense, viz. that they are artifacts.  But the same point can be made using examples that are not artifacts -- e.g. living things, whose parts must be understood by reference to the whole rather than the other way around, so that they are in one sense more fundamental than the parts.


Nor would it help for Maudlin to point out that computers, trees, dogs, etc. and their parts must at the end of the day still be made up of the sorts of things (e.g. various kinds of particles) that physics tells us about.  That what physics tells us about is necessary for the existence of these things doesn’t entail that it is sufficient for the existence of these things.  And Maudlin himself seems at least implicitly to allow that it isn’t sufficient.  But then, why isn’t what would need to be added to what physics gives us to make for a sufficient condition -- that is to say, what the various special sciences tell us about -- as “fundamental” as what physics gives us?  How are “carrying out photosynthesis,” “digesting a meal,” and “thinking about a philosophical problem” less fundamental -- ontologically as well as explanatorily speaking -- than “being made up of atoms”?   (Notice that this has nothing necessarily to do with whether there is anything immaterial going on in any of the activities in question -- and I would say that apart from the last, there isn’t.)


I would say that they are not less fundamental, and that while Maudlin is careful not to be misled into bad metaphysics by the mathematical models used by physicists, he has perhaps been misled by another aspect of scientific practice, viz. what Patricia Churchland calls the “take it apart and see how it runs” method.  And the problem isn’t that this isn’t an important part of the story -- of course it is -- but that it is still only a part of the story.  It is (so we Aristotelians would say) to focus obsessively on material and efficient causes while ignoring formal and final causes.


But perhaps I’m misunderstanding Maudlin.  Anyway, he is always interesting, even when one disagrees with him.  As I say, give the whole interview a read.