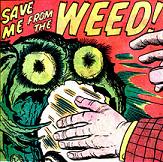 Economist Gene Callahan (a friend of this blog) calls my attention to this article, which claims that plants are capable of “sensory” responses to their environments, and even that they “talk and listen to one another.”  Gene concludes that “contrary to Aristotle, plants are active and communicate to each other, with sounds among other methods” so that “neo-Aristotelians ought to drop the idea that plants lack sensations.”  And while Gene allows that “this certainly does not invalidate all of Aristotle's metaphysics,” it does in his view show that Aristotelians should be wary of once again “ma[king] the mistake of tying Aristotelian metaphysics to Aristotelian natural science.”

But (no disrespect to Gene intended) as usual with these breathless journalistic “Science has shown that…!” stories, the actual facts are far less exciting than the sensationalistic packaging would suggest.


What the article describes when it gets down to the details is the following:

Using powerful loudspeakers, researchers at The University of Western Australia were able to hear clicking sounds coming from the roots of corn saplings.

Researchers at Bristol University also found that when they suspended the young roots in water and played a continuous noise at 220Hz, a similar frequency to the plant clicks, they found that the plants grew towards the source of the sound…

[P]revious research from Exeter University found cabbage plants emitted methyl jasmonate gas when their surfaces are cut or pierced to warn its neighbors of danger such as caterpillars or garden shears.

Researchers from the earlier study also found that the when the volatile gas was emitted, the nearly cabbage plants appeared to receive the urgent message that [sic] and protected themselves by producing toxic chemicals on their leaves to fend off predators like caterpillars.

What has been shown, in other words -- if these claims are correct, anyway -- is that plants are sensitive to sounds (or at least to the vibrations associated with sounds) and to gases.  But so what?  Aristotelians, like everyone else, have long known that plants are in various ways sensitive to their environments -- that they will grow toward light, sink their roots in the direction of water, etc.  They have long known how a Venus fly trap will react to the presence of an insect and how the Mimosa pudica will respond to touch.  And they have long had a response to those who falsely suppose that these sorts of phenomena imply sentience.  Gene seems to think the article in question provides cutting-edge scientific evidence that “whether anything at all has a ‘vegetative soul’… it ain't plants.”  Yet the objection he raises is explicitly dealt with in books like George Klubertanz’s 1953 volume The Philosophy of Human Nature and Henry Koren’s An Introduction to the Philosophy of Animate Nature, published in 1955.  The subject is also treated at some length in David Oderberg’s recent Real Essentialism (at pp. 183-93).  What we have here, in the case of criticism of the Aristotelian conception of vegetative life (and with all due respect to Gene), is something often seen in criticism of Aristotelian ideas in natural theology, philosophy of mind, and ethics -- namely a failure to understand what Aristotelian writers actually mean by the technical terms they use, or to bother to read what they’ve written so as to find out what they mean.

What Aristotelians do mean when they deny sentience to plants is not that plants are incapable of receiving information from their environments in ways that are in some respects analogous to sensation, but rather that in plants, unlike animals, there is no conscious awareness associated with the reception of this information.  In other words, what they mean is that there are nothing like qualia in plants, as there are in animals.  There’s something it’s like to be a bat, a dog, or a bird; but there’s nothing it’s like to be a tree, a blade of grass, or even a Venus fly trap.  That roots grow toward water doesn’t entail that plants feel thirst, and that plants grow toward light doesn’t entail that they feel heat or see the sunshine.  Similarly, if some plants are sensitive to vibrations and gases, it doesn’t follow that they hear or smell.

Nor is the reason Aristotelians would deny awareness to plants a matter of dogmatic a priori metaphysics (though metaphysical considerations have something to do with it).  As always when determining the natures of things, we must, for the Aristotelian, stick to the empirical evidence.  Koren writes:

The minor premise of this argument is attacked by opponents who point to so-called tropisms in plants, i.e. to the way they respond to physical stimuli… (p. 72)

Examples of the sort already mentioned follow, after which Koren says:

These facts would settle the argument in favor of sensation if they could be explained only as responses following upon the awareness of the physical stimulus by which they are provoked. But if these facts can be explained equally well without awareness, as purely physical and mechanical responses to physical stimuli, this explanation has to be preferred, because it would be unreasonable to assume the working of a higher cause for effects which can be explained equally well by a lower cause.  (Ibid.)

Yet there is simply nothing in the phenomena in question that requires attributing awareness to plants as opposed to mere unconscious sensitivity to certain specific environmental triggers (of the sort evident in, say, a smoke alarm or an outdoor security lamp).  Moreover, as Aristotelian writers emphasize, there are at least three key aspects of sensation in animals that are absent in the case of plants.  First of all, there are in animals specialized sense organs associated with their various forms of awareness -- eyes with visual awareness, ears with hearing, and so forth.  There is nothing like that in the case of plants.

Second, sensation in animals is associated with a variability of response that is not present in plants.  Unless it is in some way damaged, a plant will, say, simply grow toward the light or sink its roots downward in response to the relevant stimuli.  A properly functioning animal, by contrast, may respond in a number of different ways to stimuli presented to it.  For example, an animal might immediately leap toward the prey it sees, or sneak up toward it slowly, or refrain from acting at all if it sees another, stronger predator in the vicinity or some barrier it is afraid to cross.  A conscious perception functions as a kind of intermediary between external stimuli and different possible behavioral responses, an intermediary that makes this variability of response possible.  That plants lack such variability is thus a reason to think they lack anything like such intermediary, conscious states.

A third point -- one that combines specifically Aristotelian metaphysical considerations with empirical considerations -- is that for the Aristotelian, sensation naturally goes together with the other traditional characteristics of distinctively animal life, namely appetite and locomotion.  The three features are not, in the Aristotelian view, merely accidentally associated in animals, but form a kind of package.  An animal is aware of various aspects of its environment for the sake of the motions toward or away from those aspects that that awareness makes possible, and feels drawn toward or repelled by those aspects as a consequence.  Thus the absence of locomotive and appetitive powers in plants is evidence that awareness is absent as well, for awareness would be pointless in that case.  Indeed, it might even be harmful.  As Klubertanz writes:

For example, grass lacks the organic structure necessary for any form of sensation.  Moreover, it would be an evil for grass to have either sensation or appetite.  These activities would be useless, for grass has no power of external action which could be modified (controlled) by knowledge.  The activities would be directly an evil, for they would be a source of great suffering without any compensating advantage.  Nature is the source of operations for the good of the being; a nature which by supposition would be the source of operations for its own evil would be a contradiction.  (p. 58)

Hence, imagine that dry grass could feel the oppressive heat of the sun or experience thirst and the craving for water.  What would be the point?  It would not be able to do anything about its circumstances and would thus, unlike an animal, suffer without being able even in principle to remedy the circumstances leading to that suffering.   And this would violate the Aristotelian principle that nature does nothing in vain.  (But what about animals with disordered appetites or wounded or deformed organs?  Aren’t they counterexamples to the claim that nature does nothing in vain?  They are not, precisely because such animals are not in their natural state, precisely because they are in various ways deformed.)

Nor need one accept the general Aristotelian philosophy of nature to see the force of this consideration.  For how could conscious awareness evolve in a creature that was not capable of locomotion, given that the way such awareness typically manifests itself is via behavior and given that it is such behavior which would, presumably, be either adaptive or maladaptive?  Of course, the critic might respond that awareness might have developed as a “spandrel” in the Gould/Lewontin sense of being a non-adaptive byproduct of some other trait which was adaptive.  But there’s no point in suggesting that some trait is a spandrel until we know it exists, and whether awareness really exists in plants is precisely what is in question.  Furthermore, it is hard to see what mechanism there could be for awareness in plants even as a spandrel, given that they lack sense organs.

(Note also that Michael Tye, arguing from a naturalistic rather than Aristotelian point of view, has given similar reasons for denying that plants have qualia.)

Those who claim that plants possess conscious awareness might at this point respond by saying that the notion of a “zombie” (in the philosophical sense) shows that conscious awareness has no adaptive value in any case, not just where plants are concerned but even where animals and human beings are concerned.  But there are two problems with such a response.  First, the Aristotelian will not agree that zombies really are metaphysically possible; as I have argued in several places (e.g. chapter 8 of Philosophy of Mind and chapter 4 of Aquinas), the notion of a zombie makes sense only against the background of a post-Cartesian, mechanistic conception of matter and not on an Aristotelian conception.  Hence to appeal to zombies would just be to beg the question against the Aristotelian.

Second, for the defender of plant sentience to appeal to zombies would only undermine his own case, for it would rob him even of the slender evidence on which that case rests.  For if there is no essential connection between an animal’s locomotive behavior and conscious awareness, then there is certainly no essential connection between the less dramatic, non-locomotive responses of plants to their environments (growing toward the sunlight, etc.) and conscious awareness.

So, there is simply no good argument for awareness in plants.  Those who claim otherwise are, I submit, not thinking about the matter very carefully.  They ignore crucial differences between plants and animals while magnifying superficial similarities.  In this respect their arguments are like those purporting to show that some apes have linguistic abilities comparable to those of small children -- about which Noam Chomsky once aptly said: “That's about like saying that Olympic high jumpers fly better than young birds who've just come out of the egg -- or than most chickens.  These are not serious comparisons.”

Bottom line: If that weed seems to be “communicating,” that could just be ‘cause you’ve been smokin’ it…