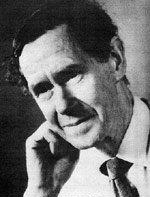 Bill Vallicella objects to the Scholastic notion of suppositum because he takes it to be entirely ad hoc, “a mere invention pulled out of thin air to render coherent an otherwise incoherent, or not obviously coherent, theological doctrine.” As we have seen, Dale Tuggy objects to the characterization of the Trinity as a “mystery” for similar reasons. In both cases, the underlying assumption is that the introduction of a concept or hypotheses for the specific purpose of answering a certain objection is per se philosophically questionable.

But as logicians know, not every appeal to authority is a fallacious appeal to authority; not every ad hominem criticism is a fallacious ad hominem; not every inference from part to whole involves a fallacy of composition. And by the same token, not every appeal to ad hoc considerations is fallacious or otherwise suspect. When is such an appeal legitimate? In his article “Fallacies” in The Encyclopedia of Philosophy, J. L. Mackie – no friend of theology – tells us that we must distinguish fallacious ad hoc hypothesis formation from “the respectable procedure of interpreting new observations in light of an established theory,” and that “in the respectable procedure, we are working with a hypothesis that is already well confirmed, [while] it is a fallacy to ‘save’ a hypothesis for which there is no strong independent support.”
As I have said in earlier posts, the Trinitarian theologian does not pull his doctrine out of thin air. The claim is rather that the doctrine of the Trinity follows from divine revelation – that is to say, from infallible testimony – where the fact that such a revelation has occurred is itself something that can be established by solid arguments. If this is correct, then the doctrine is indeed “already well confirmed” and has “strong independent support.” The appeal to notions like suppositum or mystery is therefore not objectionably ad hoc.
Obviously the skeptic is going to deny that the doctrine really is independently well confirmed, but that is a different issue. The point is that the objection to the notions in question on the grounds that they are ad hoc has, by itself, no force.