Rothbard as a philosopher 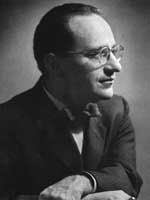 Some years back I wrote a very critical post about the libertarian anarchist Murray Rothbard for the old Right Reason blog. Professor Gerard Casey of University College Dublin has just published a response in Libertarian Papers. My original post is archived here, at the Wayback Machine. But since Wayback Machine links can be temperamental, especially when faced with heavy traffic (as this one seems to be this morning, after Casey’s article was posted) I’m re-posting my piece below. It’s from April 25, 2006 and refers back to several earlier RR posts which are also archived at the Wayback Machine, for anyone who is interested. Casey’s reply is here (where you will find an abstract followed by links to two different electronic versions of his article). I’ll post a response when I’ve had a chance to read it carefully.