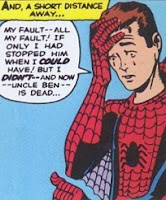 Commenting on the characterization of conservatism as a “politics of imperfection” in his book A Case for Conservatism, John Kekes writes:

[One] respect in which the politics of imperfection is a misleading label is its suggestion that the imperfection is in human beings.  Now conservatives certainly think that human beings are responsible for much evil, but to think only that is shallow.  The prevalence of evil reflects not just a human propensity for evil, but also a contingency that influences what propensities human beings have and develop, and thus influences human affairs independently of human intentions.  The human propensity for evil is itself a manifestation of this deeper and more pervasive contingency, which operates through genetic inheritance, environmental factors, the confluence of events that places people at certain places at certain times, the crimes, accidents, pieces of fortune and misfortune that happen or do not happen to them, the historical period, society, and family into which they are born, and so forth.  The same contingency also affects people because others, whom they love and depend on, and with whom their lives are intertwined in other ways, are as subject to it as they are themselves…

[W]hether the balance of good and evil propensities and their realization in people tilts one way or another is a contingent matter over which human beings and the political arrangements they make have insufficient control… The chief reason for this is that the human efforts to control contingency are themselves subject to the very contingency they aim to control. (pp. 42-43)

That last line is crucial.  The problem is a problem in principle and not one that can be legislated away or solved technologically, because such remedies, being subject to the same pitfalls that are being remedied, can only ever kick the problem back a stage.

The braindead response to this is to dismiss it as a cynical rationalization for complacency and inaction.  The problem Kekes describes is either real or it is not.  If it is not, then the right way to answer the conservative is to show where Kekes’s argument goes wrong, not to question conservative motives.  And if the problem is real (as, of course, it obviously is) then questioning conservative motives doesn’t somehow make it less real.

Someone might respond by saying that even though it is true that we cannot solve every problem through legislation or technology, it is still better to act as if we can.  For that way we can at least make things better, even if not perfect, and we will not overlook potential solutions that we are bound to miss if we give up too soon and don’t even bother looking for them.

But the problem with this attitude is that it forgets that vices come in pairs.  If there is danger in giving up too soon, there is also danger in going to the opposite extreme of a stubbornly naïve optimism that cannot see that a cause is hopeless and that it’s better to cut one’s losses.  An insistence on searching for solutions where there are none is a recipe for wasting time, resources, and emotional energy.  It is also bound to exacerbate the demagoguery and factionalism to which democratic politics is already prone.  A politician who promises a phony legislative solution to a problem has an obvious advantage over one who frankly acknowledges that the problem can only be managed rather than solved.  He also has an incentive to demonize those who oppose his pseudo-solution as the selfish and irrational enemies of progress.

Democratic politics is indeed one of the chief sources of the illusion that for every problem, someone is to blame.  There is simply too great a political advantage to be gained in finding a way to blame one’s opponents for a problem, or at least for standing in the way of a purported legislative solution, for this illusion not to take deep root in a democratic polity.  And of course, conservative politicians too can be guilty of fostering this illusion, precisely because they are politicians.

Secularism can be another source of the illusion.  It is easier to accept the fact that some problems are simply part of the human condition, and thus cannot be blamed on anyone, when your heart isn’t set on this life in the first place, but instead looks forward to an afterlife.  By contrast, if you think that this life is all there is, then the fact that some of its miseries cannot be remedied can be a source of despair.  It will be tempting to want to believe that there is always a solution, and consequently a tendency to demonize those who deny that there is.

However, it would be foolish to suppose that secularism must lead to this outcome, or that religion cannot in its own way sometimes foster the illusion that someone is always to blame.  Indeed, some irreligious people might be less prone to the illusion.  If you think that there is no benevolent creator and no divine providence, you might be more rather than less inclined to think that much of the evil that occurs is simply the inevitable result of forces outside of anyone’s control.  (It is worth noting in this connection that Kekes himself, though conservative, is not religious.)

Religious people can also be inclined to overestimate human responsibility for evil, as a consequence of having too crude an understanding of the doctrine of original sin.  Elsewhere I’ve discussed what I think is the correct way to understand the doctrine.  The penalty of original sin is essentially a privation rather than a positive harm, and in particular a privation of supernatural goods – that is to say, goods which go beyond our nature, goods to which our nature does not incline or entitle us, but which God would have granted us anyway had our first parents not failed to meet the conditions for their reception.  Specifically, these goods are the beatific vision, and special divine assistance to remedy the limitations of our nature.

The latter is the one most relevant to the topic of this post.  Human nature of itself is good, but it is severely limited.  For example, given our dependence on bodies, we are severely limited in knowledge.  We have to learn things through sense organs, and what we learn is highly contingent on exactly where we happen to be in space and time and on what people we encounter.  It also requires not only that our sense organs function properly, but that our brains do as well (since brain activity is a necessary condition for the normal functioning of our cognitive processes, even if it is not, for the Thomist, a sufficient condition).  If we are in the wrong place at the wrong time or know the wrong people, or if our faculties malfunction, we are bound to fall into error, and these errors will compound over time as other errors are added to them, mistaken inferences are drawn, etc.  And this would be true even apart from any sins we might commit.  It is simply a byproduct our limitations.

But we would be bound to fall into sin too.  Material systems, being material, are bound over time to malfunction in various ways, and the human body is no different from any other in this regard.  Not only will our cognitive faculties fail to function properly from time to time, but so too would our affective faculties.  We would be prone to occasional excess or deficiency in anger, sexual desire, hunger, thirst, and so on, and this would make it easier for us to choose from time to time to do the wrong thing.

The penalty of original sin involves the loss of all of this special assistance, and that is crucial for understanding what it means to say that human suffering is the result of original sin.  Some people seem to think that what that means is that every bad thing that happens to us is somehow positively caused by what our first parents did (like a kind of karmic penalty), or that it is the direct infliction on us of some harm (by God as punishment, or by demons), or that human beings have as a result of the Fall all become somehow sociopathic deep down, our every action the product of some wicked motive in disguise.  In short, there is a tendency to think that original sin entails some malign agency behind every bad thing that happens, and some malignity to all human agency.

But that is a misunderstanding.  When a person slips and falls off a cliff or contracts a disease or loses all his money in the stock market, the doctrine of original sin does not entail that those specific harms were merited as punishment (by him or by our first parents), or that a demonic agency is responsible for them, or that they were somehow the inevitable end of a karmic causal chain that began with Adam and Eve.  All it entails is that misfortunes of this sort, some of which happen as nature takes its course and without anyone making them happen, would have been prevented had our first parents not lost the special divine help they were offered.

The doctrine also does not entail that there is no goodness of any kind in anything anyone does – for example, that even a mother who breastfeeds a child or a father playing catch with his son are somehow really deep down moved to do these things by some purely selfish and evil motive, rather than by natural affection or kindness.  When one supposes that the doctrine of original sin does entail this, it can lead to an excessive suspicion of all human motives.  Human action can come to seem so malign that is easier to fall into the trap of thinking that when something bad happens, someone somewhere is to blame, or that those who oppose some proposed remedy must have evil motivations.