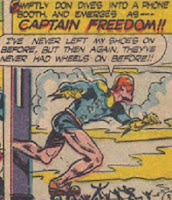 Is the conception of divine causality defended by classical theists like Aquinas (and which I defend in Five Proofs of the Existence of God) compatible with our having free will?  The reason they might seem not to be compatible is that for Aquinas and those of like mind, nothing exists or operates even for an instant without God sustaining it in being and cooperating with its activity.  The flame of a stove burner heats the water above it only insofar as God sustains the flame in being and imparts causal efficacy to it.  And you scroll down to read the rest of this article only insofar as God sustains you in being and imparts causal efficacy to your will.  But doesn’t this mean that you are not free to do otherwise?  For isn’t it really God who is doing everything and you are doing nothing?

No, that doesn’t follow at all.  Keep in mind, first of all, that Aquinas’s position is concurrentist rather than occasionalist.  The flame really does heat the water, even if it cannot do so without God’s cooperation.  You might say that God is in this way like the battery that keeps a toy car moving.  The car’s motor really does move the wheels even if it cannot do so without the battery continually imparting power to it.  It’s not that the battery alone moves the wheels and the motor does nothing.  Similarly, it is not God alone heating the water.  The flame, like the motor, makes a real contribution.  Now, in voluntary action, the human will also makes a real contribution.  It is not that God causes our actions and we do nothing.  We really are the cause of them just as the flame really causes the water to boil, even if in both cases the causes act only insofar as God imparts efficacy to them.


The answer is that God’s cooperation with a thing’s action does not change the nature of that action.  Impersonal causes act without freedom because they are not rational.  Human beings act freely because they are rational.  That God cooperates with each sort of action is irrelevant.  Suppose, per impossibile, that you and the flame could exist and operate without God’s conserving action.  Then there would be no question that whereas the flame does not act freely, you do, because you are rational.  There would in this scenario be no additional divine causal factor that might seem to detract from your freedom.


Of course, this scenario is impossible.  Again, for the Thomist, neither the flame nor your will could exist or operate for an instant without divine conservation and concurrence.  But the point of the per impossibile scenario is to emphasize that God is not some additional causal factor within the universe the presence or absence of which might affect the specific causal situation in the way that the presence or absence of oxygen would affect the flame’s causal efficacy, or the presence or absence of temptations and other distractions would affect your will’s causal efficacy.  Rather, God is the metaphysical precondition of there being any causality at all, whether causality of the unfree kind or of the voluntary kind.


Here’s an analogy.  Consider a triangle you’ve drawn with a ruler on notebook paper.  What you’ve drawn has straight sides.  Why?  One answer is: because you used a ruler to draw it.  Another answer is: because it instantiates triangularity.  These answers are, of course, in no way in competition.  Indeed, both answers are true.  Each explains a different aspect of the situation.


Now, the relation of our actions to the will’s causality and to divine causality, respectively, is somewhat like that.  Why did you scroll down the page to read the rest of this article?  One answer is: because you freely chose to do so.  Another answer is: because God has created a world in which that happens.  These answers too are in no way in competition.  Both are true, and both explain a different aspect of the situation.


In Five Proofs, I deploy another analogy, between God and the world on the one hand and an author and the story he has written on the other.  Suppose you finish a detective novel, find out that the butler did it, and then complain to a friend that you were troubled that the butler was punished at the end of the book, because he didn’t act of his own free will.  Your friend responds: “Oh, was the butler acting under threat from someone else in the story?  Was he acting under the influence of hypnosis or some other kind of mind control?  Did he go temporarily insane?  Did he squeeze the trigger only because of a muscle spasm?”  You respond: “No, nothing like that.  It’s just that I found out after reading it that the novel had an author!  That means that the butler didn’t act freely after all, since he only did it because the author wrote the story that way.”


Of course, like any analogy, this one is imperfect.  But a critic might claim that it nevertheless fails to illuminate the compatibility of free will and divine causality, even given the limitations facing any analogy.  For the bottom line, the critic might say, is that absolutely nothing happens in the story that doesn’t happen because the author wrote it that way.  And for the Thomist, absolutely nothing happens in the world that doesn’t happen because God simply created a world where it happens.  So (the critic concludes) neither the characters in the story nor the human beings who exist in reality (at least as the Thomist conceives of reality) ever really act freely.  The story analogy, the critic might claim, really exacerbates the problem for the Thomist rather than solves it.  For it shows that human beings are really no more free than characters in a story are.


But on careful analysis this objection can be seen to have no force, for it doesn’t treat the different elements of the story analogy in a consistent way.  If such a critic were consistent, then he would also have to say that the gun that the butler used didn’t really fire any bullets, that the bullets are not really what killed the victim, that the judge and jury didn’t really punish the butler, etc. – all on the grounds that it was really the author who did all these things, since, after all, he was the one who wrote the story that way.


The story analogy shows no such thing, of course.  But then, neither does it in any way undermine free will.  It can seem to do so only given a selective treatment of the different elements of the analogy.


The critic might at this point try a different tack.   He may say that the Thomist account of free will is problematic.  Again, Aquinas takes the will to be free because it is a rational appetite.  Human beings, unlike lower animals, act in light of what their intellects take to be good.  But, the critic might ask, why does this matter?  Suppose your intellect judges that it would be good to read the rest of this article, and so you choose to do so and scroll down to keep reading.  How would this make your action free?  Indeed, wouldn’t this act of the intellect simply be one further member of the series of causes that led to your action, in no relevant respect different from the neural firing patterns and muscular contractions that play a role in it?


There are two main points to be made in response to this.  The first is that it is hard to see why any critic would think this a serious objection to the Thomist unless he conceived of causality entirely in terms of efficient causal relations.  In particular, such a critic would be supposing that the way to understand the role of the intellect is to think in terms of some specific mental event (identified either with a neural event or with something going on in a Cartesian res cogitans) functioning as the efficient cause of some chain of bodily events, where said mental event was itself in turn the effect of some preceding series of efficient causes.  The critic’s objection would be that such a mental event seems to be merely one further member of the series of events that led to the action, each of which might for all Aquinas has shown be as causally determined as any other.


The problem with such an objection, of course, is that it simply takes for granted a view of causality that no Thomist would accept.  For the Thomist, there are four irreducible modes of causal explanation – formal, material, efficient, and final – and the role of the intellect is primarily to be understood in terms of formal and final causality rather than in terms of efficient causality.  Furthermore, the Thomist would, for that matter, also reject the reductionist and physicalist assumptions about efficient causality that inform much contemporary discussion of causality and free will.  Objections like the one I have put into the mouth of my imagined critic simply read into Aquinas assumptions that he would not accept, and thus beg the question.


The second thing to be said in response to this imagined objection is that it changes the subject.  For if the critic’s problem is with Aquinas’s account of free will as a consequence of intellect, then it isn’t any longer divine causality that is at issue.


Much more could be said, but for now I’ll end with this: Misgivings about Aquinas’s account of divine causality and free will seem largely to derive from two errors.  The first involves reading into Aquinas modern philosophical assumptions about free will and causality that he would not accept, the result of which is a travesty of what he actually thinks about the nature of free will.  (Hence all the heavy going about whether Aquinas was a compatibilist, a libertarian, etc.  I don’t think he is properly understood in terms of any of the categories that have now become standard, any more than his views on the mind-body problem are properly classified as Cartesian, materialist, functionalist, etc.)  The second error involves treating God as if he were simply one further efficient cause alongside all the others in the universe, only more powerful and further back in the line of efficient causes.