Empirical science and the transcendentals 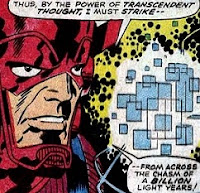 As James Ladyman notes in Understanding Philosophy of Science, “many scientists intuitively regard simple and unifying theories as, all other things being equal, more likely to be true than messy and complex ones” (p. 83).  In the minds of some prominent scientists, this simplicity criterion is tied to aesthetic value.  Einstein is often quoted as saying that “the only physical theories that we are willing to accept are the beautiful ones.”  Paul Dirac went so far as to opine that “it is more important to have beauty in one’s equations than to have them fit experiment.”

But this attitude is often treated as problematic by other scientists and philosophers, and not without reason.  In Hume, Kant, and other modern philosophers, aesthetic judgments are typically treated as subjective, reflecting merely our reactions to objective reality rather than anything in objective reality itself.  Science, by contrast, is regarded as the objective intellectual enterprise par excellence.  So how could aesthetic value legitimately guide theory choice in science?


Even simplicity stripped of its aesthetic dimension remains problematic.  Ladyman brings it up in the context of discussing methodological principles in science that appear to be unfalsifiable (contra Popper’s famous criterion of what demarcates science from non-science).  Paul Feyerabend argues that the scientific obsession with unifying phenomena by bringing them under simple general laws often involves an oversimplification that papers over the “abundance” and diversity that actually exists in nature.


There is some truth in these criticisms (and, in my view, in Feyerabend’s in particular).  Still, there is also something plausible in the scientist’s concern for simplicity and beauty, which is why scientists persist in valuing these criteria despite the fact that they are indeed problematic, or at least are problematic given the philosophical assumptions to which scientists tend either explicitly or implicitly to be committed.


But the problem, I would say, is precisely with those background philosophical assumptions – namely, modern post-Cartesian, post-Humean assumptions – rather than with the criteria of simplicity and beauty themselves.  For these criteria are not only not problematic, but on the contrary are quite natural, given a more traditional metaphysics – in particular, given the Scholastic doctrine of the transcendentals, which has its roots in Platonic and Aristotelian philosophy.


A “transcendental” property, in the sense in question here, is one that all being or reality as such possesses simply by virtue of being, and which can accordingly be predicated of everything.  The standard list includes (in addition to being itself), oneness (or unity), goodness, and truth.  Some writers regard beauty as an additional transcendental, though others take it to be just a special case of goodness.  Either way, it is among the properties we can predicate of all being.


The transcendentals are “convertible” in the sense that they are really all the same thing looked at from different points of view.  For example, truth is being considered as an object of the intellect, and goodness is being considered as an object of the will.  Because they are convertible, wherever we can apply one transcendental, we can apply the others.  Hence if we can say of a thing that it has being, then we can also say of it that it is good, that it is one, that it is true, and that it has beauty.


Needless to say, fully to spell out the doctrine of the transcendentals, and to justify the more general Scholastic metaphysical background assumptions needed in order to make it intelligible, would take more than a brief blog post.  I give an exposition and defense of the doctrine in Aquinas (see especially pp. 31-36) and in my essay “Being, the Good, and the Guise of the Good,” reprinted in Neo-Scholastic Essays.


The point for present purposes is just this.  Given the transcendentals, it is not surprising that considerations of simplicity and beauty would be thought appropriate criteria for choosing between theories about objective reality.  Note first that the transcendentals being and truth are relatively unproblematic even given standard modern metaphysical assumptions.  (Though I wouldn’t say that they are unproblematic full stop.  See the remarks about truth below.)  No one thinks it contrary to the objectivity of science when scientists say that the entities their theories postulate have being or reality, or that the theories themselves are true.  (To be sure, instrumentalists deny that the entities referred to by scientific theories really exist and that the theories are strictly true.  But instrumentalists don’t accuse scientific realists of a failure of objectivity, but merely of being mistaken.)


Consider also that “simplicity” of the kind taken to be a criterion of theory choice is closely related to the transcendental oneness or unity.  Ultimate explanation in science is thought to involve taking all the diverse and complex natural phenomena and higher-level laws that there are down to one set of fundamental laws rather than to several, and to laws that can be stated relatively crisply and elegantly rather than in a convoluted way.  This bears a family resemblance to the Scholastic notion that there is a hierarchy of kinds of thing ordered according to their degrees of simplicity and unity.  On this view, aggregates have a lower degree of unity or oneness than substances do, material substances have a lower degree of unity than incorporeal substances (i.e. angels) do, and incorporeal substances have a lower degree of unity than God, who is absolutely simple or non-composite.  And this hierarchy of degrees of unity is also a hierarchy of degrees of being and of goodness (and thus of beauty).


Aquinas’s Fourth Way essentially makes of this notion of a hierarchy of things possessing the transcendental attributes an argument for the existence of God.  The basic idea is that degrees of being, goodness, oneness, etc. point to the existence of something that is the most real, unified, good, etc. thing possible – where the most real thing, the most unified thing, etc. must be the same one thing looked at from different points of view, given the convertibility of the transcendentals.  (See Aquinas for a detailed exposition of the argument.)


Modern scientists don’t reason exactly this way, of course, but they aren’t as far from the spirit of the argument as they might seem at first glance.  For they do tend to think that the more ultimate or fundamental some set of laws is, the more simple and beautiful they will be.  There is even a sense in which they take the fundamental laws to be more real than anything else.  For one thing, they take these fundamental laws to be in some sense the source of the reality of all other things.  For another, they constantly feel a pressure in the direction of a reductionism which treats the fundamental laws and the entities they govern (fundamental particles, say) as the most real entities.  To be sure, they often resist this pressure – by no means are all scientists ontological reductionists – but the point is that the fundamental laws and entities tend to be treated as the only unproblematically real things, whereas everything else has to either reduced to, or explained as emerging out of, these fundamental laws and entities.  What is fundamental is in that sense taken to have the highest degree of being as well as the highest degree of simplicity and beauty.


That is not far from the thrust of Fourth Way-style reasoning.  One difference, of course, is that modern scientists don’t take the reasoning to what Aquinas would regard as its logical conclusion, viz. that the ultimate explanatory principle would have to be something entirely beyond the corporeal world altogether (not to mention something that would have to have the divine attributes).  A second difference is that modern scientists are not really systematic about all this.  They retain their attachment to criteria like simplicity and beauty in a merely intuitive way, without bothering clearly to explain what their rational basis is.  (These two differences are connected.  For to work out rationally and systematically what in modern science are left as mere intuitions would lead precisely to a return to something like the doctrine of the transcendentals – and to its theological implications as the sequel.)


As indicated above, even the transcendental truth is, on closer inspection, problematic when detached from the older metaphysics.  Michael Polanyi points out in his book Personal Knowledge that simplicity as a criterion of theory choice essentially functions as a proxy for rationality.  That is to say, scientists are drawn to theories that make the world intelligible.  But a thing’s rationality and intelligibility have to do with its relation to the mind, and modern scientists tend to be committed to the idea that an “objective” account of the world must subtract from it any reference to the mind.  Hence scientists operate with what amount in Polanyi’s view to “a set of euphemisms” (p. 16).  He writes:


The term ‘simplicity’ functions then merely as a disguise for another meaning than its own.  It is used for smuggling an essential quality into our appreciation of a scientific theory, which a mistaken conception of objectivity forbids us openly to acknowledge.


What has just been said of ‘simplicity’ applies equally to ‘symmetry’ and ‘economy’… They must stand for those peculiar intellectual harmonies which reveal, more profoundly and permanently than any sense-experience, the presence of objective truth.


I shall call this practice a pseudo-substitution.  It is used to play down man’s real and indispensable intellectual powers for the sake of maintaining an ‘objectivist’ framework which in fact cannot account for them.   (pp. 16-17)


Though he doesn’t put it this way, what Polanyi is pointing out here is that modern scientists are implicitly committed to the reality of truth as truth is understood within the doctrine of the transcendentals – that is to say, to truth conceived of as being or reality in its relation to an intellect.  The reason they prefer terms like “simplicity” and “economy” is that they tend also to be committed to the assumption that intellect is a highly derivative phenomenon – a mere byproduct of evolutionary history that appears very late in the game as it were – and thus ought not to enter into our characterization of reality at the most fundamental level.  And the trouble is that when this reference to the intellect is deleted, it is no longer clear why simplicity and the like ought to be criteria of theory choice.


Keats was right to say that “beauty is truth, truth beauty,” but wrong to follow up this claim with the further assertion that “that is all ye know on earth, and all ye need to know.”  For we do need to know something else – namely the traditional, Scholastic metaphysics that makes the first claim intelligible.