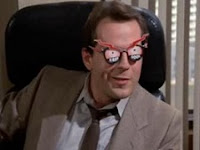 Addison Hodges Hart is a Christian author, former Catholic priest, and the brother of theologian David Bentley Hart.  (From here on out I’ll refer to David and Addison by their first names, simply for ease of reference rather than by way of presuming any familiarity.)  A reader calls my attention to the Fans of David Bentley Hart page at Facebook, wherein Addison takes issue with my recent article criticizing his brother’s universalism.  His loyalty to his brother is admirable.   The substance of his response, not so much.  Non-existent, in fact.  For Addison has nothing whatsoever to say in reply to the content of my criticisms.  Evidently, it is their very existence that irks him.

Addison confesses an interest in my “motives” for criticizing his brother’s views.  Well, that’s easy to explain.  People have been asking me to comment on David’s article ever since it appeared.  David is a very prominent figure in Christian theology, and the position he defends is, in my view and that of many other Christians, seriously misguided.  So, I judged it worthwhile to respond to him.  The fact that I had recently written up a series of posts on the doctrine of hell made it a fitting time to do so.  And there you have it.


But it seems that this rather mundane academic and theological motivation does not constitute a good enough explanation for Addison.  No, he is convinced that there must be something deeper going on.  Since I’m still on winter break and can afford to waste the time, I decided to scroll through David’s Facebook fan page to find out what my true motivations are.  Turns out that Addison’s proposal is that I am “obsessed” and “hung up” on his brother, regard him as a “threat,” and that it is to this “loopy” “fixation” of mine on David that one must look to find the true impetus behind my recent article.  It also turns out that Addison has as of Thursday afternoon devoted, by my count, no fewer than seven posts across two Facebook discussion threads over the last couple of days to developing this theme.


I suppose I should add at this point that, yes, Addison is a grown man, and not a thirteen year old girl with a new iPod.  Needless to say, there is indeed a “fixation” here, and it ain’t mine.


In point of fact, the last time I had anything to say about David was almost a year ago, in a review of his book The Experience of God that appeared in Pro Ecclesia.  And what sort of obsessive, loopy nastiness did I there fling at him?  Why, stinging barbs like this:


David Bentley Hart’s The Experience of God has gotten a lot of praise, and deservedly, because it is a good book.  Hart is very smart, enormously well read, writes elegantly, is unafraid to question academic orthodoxy, and has a feel for where the deepest issues lie in the contemporary dispute between theism and atheism.


End quote.  And then there was that time when my mean-spirited fixation on David led me to defend him against Jerry Coyne.


To be sure, I have indeed also been hard on David from time to time.  The last time was over a year and a half ago, in a couple of articles in which I was merely responding to a vituperative piece David had written about me in First Things.  Indeed, in every single case in which I have had harsh words for David, it has only ever been in response to polemical remarks he had made either about me personally or about Thomists in general.  David, after all, is no shrinking violet.  He can dish it out with tremendous gusto.  I have merely kindly tried to give him the opportunity to see whether he can take it as well.  Iron sharpening iron and all that.


In any event, after our most recent contretemps David and I had, it seemed to me, buried the hatchet.  I have no desire to dig it up again, and my recent piece on David’s universalism, though frank in its criticisms, is not abusive at all.  So whatever retaliatory snark I have directed David’s way in the past is irrelevant.


I will say this much for Addison.  His behavior is not as juvenile as that of many of his fellow commenters.  Here’s a sample of the other shrewd rejoinders to my arguments, generated by the brain trust that is the Fans of David Bentley Hart Facebook page:


Until Feser agree's to take the Voight-Kampff test I will continue to assume he is a google AI algorithm, but at least he uses his enormous data processing abilities to fight Pope Francis's pagan proclamations of mercy by defending the Sates right to kill bad people in his upcoming book.


hey, lets' have some more respect for the philosophy teacher at the third most prestigious community college in los angeles county.


Back during our last exchange, David gently had to advise some of his more overenthusiastic admirers against “trading insults, and not very witty ones.”  Seems the Facebook guys didn’t get the memo.


I know what you’re thinking.  Sure, this kind of stuff is mildly annoying, but why call attention to it?  Isn’t it better ignored?


Absolutely, except for this:  When otherwise intelligent and educated people respond to rational arguments against their position, not with counterarguments but rather with the kind of stuff quoted above, one does rather suspect that that’s because that’s the best they’ve got.  And that’s well worth calling attention to.

UPDATE 1/13: In the combox below, Addison Hart and David Hart respond, and I reply to their responses.