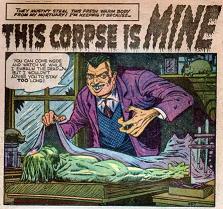 Aristotelian-Thomistic (A-T) philosophers often argue that an advantage of their view of human nature over that of the Cartesian dualist is that they don’t face an interaction problem.  Soul and body are on the A-T view related as formal and material cause of the human being.  Hence they don’t “interact” because they aren’t two substances in the first place, but rather two principles of the same one substance, viz. the human being.  Talk of them “interacting” is a kind of category mistake, like talk about the form of a triangle and the matter that makes up the triangle “interacting.”  So there is no problem of explaining how they interact.

The Cartesian dualist, though, chucks out the hylemorphic metaphysics of form and matter and characterizes soul and body, not as the formal and material principles of a single substance, but rather as two distinct substances, each complete and self-contained and in principle capable of existing even if the other never had.  The way they relate, then, is to be understood in terms of efficient causation rather than formal or material causation.  Hence they “interact” the way any other two substances do, and the problem (as it is usually characterized) is that of explaining how this is possible given how different they are in kind.


I’ve elaborated on all that many times and in many places and I’m not interested in rehashing it all here.  What I want to address is an aspect of the situation that might seem problematic for the A-T theorist.  A-T philosophers generally admit the possibility and indeed the reality of completely incorporeal persons, viz. angelic intellects.  They also hold (as Aquinas does) that angels can assume bodies, and that they can cause physical objects to move.  Obviously, then, they don’t think that there is some insurmountable “interaction problem” where the relationship between angelic intellects and the physical world is concerned.  So why should there be such a problem where a Cartesian res cogitans and res extensa are concerned?


The answer is that it is not efficient-causal interaction between the incorporeal and the corporeal as such that is the problem (though in fact Descartes’ account of matter as pure extension makes causal interaction even between corporeal substances themselves problematic, but that is another issue).  What is problematic for Cartesianism is explaining how there could be a relationship of the sort that would result in the kind of intimate union that exists between the human soul and the human body.  And angelic interaction with corporeal things is definitely not a good model for that.


In the second article just linked to, Aquinas compares the way an angel moves a physical object to the way the moon causes tides in the sea.  He also notes that the human-seeming bodies that angels sometimes assume are not really alive, and that it follows (since perception is the act of a living thing) that the angels don’t really perceive anything through these bodies.  The relationship between an angelic intellect and any body it might move, then, is somewhat like the relationship between a puppeteer and the puppet it moves (only without strings, of course).  As something higher up the hierarchy of being, an angel can affect what is lower down in the hierarchy.  But as something of its nature entirely incorporeal, it does so in a way that does not result in the kind of intimate union the human soul has with the human body – where the soul qua form of the body makes the latter alive, where the soul does thereby perceive through the body, and so forth.


In other words, modeling the interaction between soul and body on that between angelic intellects and corporeal things would essentially leave us with what Gilbert Ryle famously called the “ghost in the machine” picture of human nature.  Ryle’s point was that Cartesianism reduces the human mind to a kind of poltergeist that pushes an inanimate object around the way it does in the movies.  Imagine that you die but that your ghost immediately begins controlling your fresh and fully intact corpse and that the latter is somehow prevented ever from rotting, so that no one ever notices any difference.  Your body would essentially be a haunted zombie, and you would be the spirit that haunts it.  That’s more or less what a human being ends up being on Cartesianism.  That is the only kind of interaction that the soul and body would be capable of if the only way they can relate is by efficient causation rather than formal causation.


Phenomenologically, we know that this is not in fact how soul and body are related.  If it were, bodily movements would have the feel of a kind of telekinetic puppet show.  Perception would have the feel of reading off information from the brain like you’d read it off a dial.  The intimacy we have with our bodies – our immersion in flesh, as it were -- is just what you’d expect if soul and body make up a single substance, but not what you’d expect if they were two substances that “interact.”  The interaction problem, you might say, is not the problem of explaining how soul and body interact, but rather the problem of putting yourself in a position (as Descartes does) of having to think of the relation between them as a kind of interaction in the first place.