A note on falsification 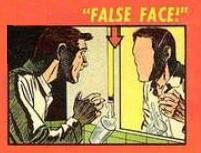 Antony Flew’s famous 1950 article “Theology and Falsification” posed what came to be known as the “falsificationist challenge” to theology.  A claim is falsifiable when it is empirically testable -- that is to say, when it makes predictions about what will be observed under such-and-such circumstances such that, if the predictions don’t pan out, the claim is thereby shown to be false.  The idea that a genuinely scientific claim must be falsifiable had already been given currency by Karl Popper.  Flew’s aim was to apply it to a critique of such theological claims as the thesis that God loves us.  No matter what sorts of evil and suffering occur in the world, the theologian does not give up the claim that God loves us.  But then, what, in that case, does the claim actually amount to?  And why should we accept the claim?  Flew’s challenge was to get the theologian to specify exactly what would have to happen in order for the theologian to give up the claim that God loves us, or the claim that God exists.


For example, the thesis of falsificationism itself is, as Popper realized, not empirically falsifiable.  This does not make Popper’s falsificationist theory of science self-refuting, because, again, he does not say in the first place that every claim has to be empirically falsifiable.  Falsificationism is a claim about science but it is not itself a scientific claim, but rather a philosophical claim (what Popper called a claim of “meta-science”).  It is subject to potential criticism -- by way of philosophical analysis and argument, say -- but not by way of empirical testing, specifically.


Claims of mathematics and logic are like this too.  We can analyze and argue about them philosophically, but they are not plausibly subject to empirical refutation, specifically.  And metaphysical claims are like that as well.  With at least the most general sorts of metaphysical claims (e.g. about the nature of causality as such, or substance as such, or what have you), it is a sheer category mistake to suppose that they do, or ought to, entail specific empirical predictions.  The reason is that the claims are too general for that.  They are claims about (among other things) what any possible empirically observable phenomena must necessarily presuppose (and any possible non-empirical realities too, if there are any).  Naturally, then, they are not going to be undermined by any specific empirical observation.  By no means does that make them immune from rational evaluation.  They can still be analyzed, and argued for or against, by way of philosophical analysis and argumentation.  But as with claims of meta-science, or claims of mathematics and logic, so too with claims of metaphysics, it is a mistake to suppose that they stand or fall with empirical falsifiability.


Now, the fundamental claims and arguments of theology -- for example, the most important arguments for the existence and attributes of God (such as Aquinas’s arguments, or Leibniz’s arguments) -- are a species of metaphysical claim.  Hence it is simply a category mistake to demand of them, as Flew did, that they be empirically falsifiable.  To dismiss theology on falsificationist grounds, one would, to be consistent, also have to dismiss mathematics, logic, meta-science, and metaphysics in general.  Which would be, not only absurd, but self-defeating, since the claim that only scientific claims are rationally justifiable is itself not a scientific claim but a metaphysical claim, and any argument for this claim would presuppose standards of logic.


There is also the problem that, as philosophers of science had already begun to see at the time Flew wrote, it turns out that even scientific claims are not as crisply falsifiable as Popper initially thought.  Indeed, the problem was known even before Popper’s time, and famously raised by Pierre Duhem.  A scientific theory is always tested in conjunction with various assumptions about background conditions obtaining at the time an experiment is performed, assumptions about the experimental set-up itself, and auxiliary scientific hypotheses about the phenomena being studied.  If the outcome of an experiment is not as predicted, one could give up the theory being tested, but one might also consider giving up one or more of the auxiliary hypotheses instead, or check to see if the background conditions or experimental set-up were really as one had supposed.  That does not mean that scientific theories are not empirically falsifiable after all, but it does mean that falsifying a theory is a much messier and more tentative affair than readers of pop science and pop philosophy books might suppose.


Necessary presuppositions of natural science like the one just described are the subject matter of that branch of philosophy known as the philosophy of nature (which, though more fundamental than natural science, is less fundamental than metaphysics as Thomists understand “metaphysics,” and is thus something of a middle-ground discipline between them).  For example, the Aristotelian theory of actuality and potentiality (which is the core of the Aristotelian philosophy of nature) is grounded in an analysis of what change must involve, where the existence of change is presupposed by natural science.  Hence the theory of actuality and potentiality is grounded in what is presupposed by natural science.  That is why even natural science cannot overthrow it.  But the characteristically Aristotelian argument for God’s existence -- the argument from change to the existence of an unchanging changer of things (or, more precisely, of a purely actual actualizer of things) is grounded in the theory of actuality and potentiality, and thus in what natural science itself must take for granted.  And thus it too cannot be overturned even by natural science.  This “empirical unfalsifiability” is no more a weakness of the Aristotelian argument for God’s existence than the “empirical unfalsifiability” of the existence of change, including the existence of experience itself, is a weakness.  It makes the arguments in question (if they are otherwise unproblematic) more rationally secure than empirical science, not less.


Lazy shouts of “unfalisfiability!” against theological claims just ignore all this complexity -- the distinctions that have to be drawn between empirical claims on the one hand and claims of mathematics, logic, and metaphysics on the other; between extremely general empirical claims and more specific ones; between philosophy of nature (which studies the philosophical presuppositions of natural science) and natural science itself; and between the testing of a thesis and the testing of the auxiliary assumptions we generally take for granted but conjoin with the thesis when drawing predictions from it.


So, falsificationism is a rather feeble instrument to wield against theology.  And in fact, atheist philosophers have known this for decades, even if New Atheist combox commandos are still catching up.


All the same, where we are evaluating a specific empirical claim -- rather than a claim of mathematics, logic, or metaphysics, or an extremely general empirical claim like “change occurs” -- falsifiability is an important consideration, even if not as decisive as Popper supposed.  Take an extremely specific and straightforward empirical claim, e.g. the claim that a large, yellowish triangular shape will suddenly appear in the center of my field of vision within the next few seconds.  If no such shape actually appears in the next few seconds, it would be pretty hard to deny that the claim has been falsified.  For example, I couldn’t say “Maybe the shape was there in the room, but I didn’t see it because it was behind a bookshelf.”  I intentionally phrased the claim so that it was about what I would experience, not about what would be in the room, so appealing to the idea that some physical object stood in the way of my seeing it won’t help avoid falsification.  Nor would it help to say “Maybe it will appear an hour from now, or tomorrow,” since the claim referred specifically to the next few seconds.


Of course, that’s not a very interesting empirical claim.  Most interesting empirical claims are far less specific than that, even though they are nowhere near as general as the claim that change occurs.  There is, needless to say, a large range of cases, some of which are more toward the general end of things, some of them more toward the specific, and the latter are easier to falsify than the former.  But even if the more general ones aren’t as crisply falsifiable as a more simplistic application of the Popperian model would imply, they are still far from unfalsifiable.


Nor need there be anything like even that strong a link between two phenomena for us reasonably to posit a causal correlation.  Take an example often discussed in philosophy of science, viz. the relationship between syphilis and paresis.  If syphilis is untreated, it can lead to paresis, though this is rare.  But it would be absurd, not to mention medically irresponsible, to conclude that the claim of a causal correlation between syphilis and paresis is falsified by the fact that actually developing paresis is rare.  All the same, if there were on record only one or two cases, out of millions, of paresis following upon syphilis, it would -- especially if no mechanism by which the one might lead to the other were proposed -- be hard in that case to resist the conclusion that the claim of a causal correlation had been falsified.


So, an empirical claim concerning a causal link between two phenomena can be substantive rather than vacuous, and also empirically very well-supported, even if there are many cases in which the one phenomenon is not in fact followed by the other.  Considerations about falsifiability, properly understood, do not undermine the point.  Indeed, someone who resists such a claim might himself be subject to criticism on the grounds that he has made his position unfalsifiable.


For example, suppose a heavy smoker said, in reply to those who implored him to cut back: “Oh come on, lots of people smoke heavily and don’t get cancer!  So how can you maintain your claim that there is a causal link, in the face of all that evidence?  Don’t you know that a serious scientific claim should be falsifiable?”  In fact, of course, it is the heavy smoker in question who is more plausibly accused of being insufficiently respectful of falsifiability.  For there is a very strong link between heavy smoking and cancer, even if the former doesn’t always lead to the latter.  And the empirical evidence for that link is so strong that it is those who deny it who are refusing to let their position be falsified by the evidence.


More could be said, but in fact these reflections on falsification are intended merely as a preamble to an application of the idea to a domain very different from the examples considered so far -- namely, an example concerning politics and current events.  I’ll get to that in another post.