Fulford on sola scriptura, Part I 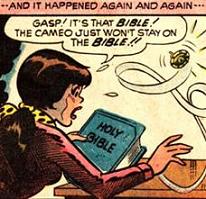 In response to point (a), Fulford cites some arguments made by 17th century Protestant theologian Francis Turretin which, Fulford claims, “[explain] how Christians can rationally come to know that the Bible is divinely authoritative.”  The interested reader is advised to consult Fulford’s post to read in their entirety the passages from Turretin that Fulford quotes. Here I’ll quote what seem to be the most relevant lines.  First, Turretin says:


The Bible proves itself divine, not only authoritatively and in the manner of an artless argument or testimony, when it proclaims itself God-inspired... The Bible also proves itself divine ratiocinatively by an argument artfully made… from the marks which God has impressed upon the Scriptures and which furnish indubitable proof of divinity. For as the works of God exhibit visibly to our eyes by certain marks the incomparable excellence of the artificer himself and as the sun makes himself known by his own light, so he wished in the Bible… to send forth different rays of divinity by which he might make himself known…


[B]efore faith can believe, it must have the divinity of the witness to whom faith is to be given clearly established and certain true marks apprehended in it, otherwise it cannot believe.  For where suitable reasons of believing anyone are lacking, the testimony of such a witness cannot be worthy of credence.


And what exactly are these reasons Turretin says make scripture worthy of credence?  Fulford adds:


Turretin provides extensive arguments from historical evidence for the reliability of the apostles and Moses as historical witnesses; this established, when they testify to miraculous confirmation of their message, and then claim to be divinely inspired, they are credible witnesses to this divine confirmation of their claim to inspiration. They thus provide a rational basis for belief in the divine authority of their own writings.


End quote.  The overall argument, then, seems to be this:


1. Historical evidence shows the reliability of the writings of Moses, the apostles, etc.


2. Among the things which Moses, the apostles, etc. report are miracles.


3. So these miracle reports are reliable.


4. These writings also claim to be divinely inspired, a claim which would be supported if backed by miracles.


5. So the claim to divine inspiration is reliable.


6. Faith in testimony as divinely inspired is well grounded when supported by evidence of the sort in question.


7. So faith in these writings as divinely inspired is in fact well grounded.


Now, there are grave problems with this considered as a response to point (a) of the Jesuit critique.  First and foremost is that it simply is not really even a prima facie response at all, because it changes the subject.  The subject is the question of exactly which writings are to be counted as part of scripture; what Turretin and Fulford are addressing instead is the different question of what defense can be given of the divine inspiration of certain specific writings typically claimed to be scriptural.


Hence, suppose we ask questions like: Are what Catholics call the deuteroncanonicals (and Protestants call the Apocrypha) to be counted as part of the Bible?  Should purportedly non-canonical books like the Gospel of Thomas, the Acts of Paul and Thecla, etc. also have been included?  Should purportedly canonical works like Esther, the Epistle of James, and the Apocalypse have been left out?  Is the Quran divinely inspired?  How about the Book of Mormon?


The Turretin-Fulford argument doesn’t answer such questions at all, as is evidenced by the fact that both Protestants and Catholics could accept the specific points Turretin makes in the passages cited and still disagree about the deuterocanonicals.  Mormons could also agree with the Turretin-Fulford argument, as could advocates of books like Thomas and the Acts of Paul and Thecla.  They would just add that there are yet other books that Catholics and Protestants should accept.  Even Muslims could accept the Turretin-Fulford argument with qualifications.  They could say that Moses, the apostles, etc. really were divinely inspired and their words backed by miracles, and that the writings Christians regard as scriptural reflect these facts.  They would just add that those writings include errors mixed in with the historical facts they report, and that the Quran corrects the record where these errors have crept in.


Suppose there’s a room full of piles of what is purportedly U.S. currency, some of which is genuine and some of which is counterfeit.  Suppose different people take bills from different piles and stuff them into bags.  Each person claims his own bag of cash contains only genuine money and that other people’s bags contain either all counterfeit money or a mixture of genuine and counterfeit money.  Suppose some particular person claims to be able to show that his bag is the one that contains only genuine cash.  He supports his claim by taking a few bills from the bag and arguing that they show certain marks of genuineness.  Obviously he will not thereby have shown what he claims to have shown.  He will at best have proven the genuineness only of those particular bills, and will not have shown either that his own bag contains only genuine bills or that other people’s bags are wholly or partly counterfeit.


The Turretin-Fulford argument has the same problem.  At best it would show that certain specific writings (such as those associated with Moses and the apostles) are divinely inspired.  It would not tell us whether or not other books are scriptural.  And, crucially, it certainly would not show that scripture itself tells us which books are scriptural.  Yet that was the issue that point (a) of the Jesuit critique of sola scriptura cited by Feyerabend was addressing: Exactly which writings count as scripture, and how could scripture alone tell us?  The Turretin-Fulford argument doesn’t even address this problem with sola scriptura, much less solve it.


So the Turretin-Fulford argument would fail as a response to point (a) even if it sufficed to establish the scriptural status of the specific writings it discusses.  But another problem is that it does not suffice to establish even that.  Suppose a skeptic agreed that the books traditionally associated with Moses and the apostles contained solid evidence about various historical events, including even miraculous events, and about the teachings of the prophets who performed the miracles.  Such a skeptic could still ask, in a way that is perfectly consistent with that acknowledgement: How does that show that those books are themselves divinely inspired, infallible, etc. in their entirety?


Suppose Christ appeared to me today -- that I was not hallucinating, etc. but that it really happened -- performed certain miracles in my presence, and revealed certain future events to me and certain teachings of a moral and theological nature.  Suppose some of these events would take place decades from now, but that among the things revealed was who would win the 2016 U.S. presidential election, what would be the exact state-by-state tally of electoral votes, etc.  Suppose I recorded all this as an entry in a daily diary I keep as a file on my computer, alongside the other events I recorded for that day.  And suppose that there was solid evidence afterward that all this had happened.  For example, suppose that there were credible witnesses who reported observing Christ’s appearing to me and performing miracles, that the events of the 2016 election turned out exactly as predicted, etc.   Certainly we’d have good evidence in that case that I had really witnessed a divine revelation and certainly we’d have reason to believe that everything Christ said to me was infallible.


By the same token, how would establishing that the writings associated with Moses and the apostles are accurate in their record of such-and-such miraculous events, their record that certain prophets and apostles taught such-and-such, etc. show also that the writings themselves -- as opposed to some of the events and teachings they record -- are in their entirety divinely inspired and thus scriptural?  Perhaps instead (a skeptic might suggest) they contain accurate information about certain miracles that actually occurred and certain teachings that really were divinely revealed, but in such a way that various errors are mixed in with this otherwise accurate reporting.  Maybe (the skeptic continues) it isn’t really the writings themselves which have divine backing, but rather only certain events and teachings reported by these otherwise flawed documents that have it.


Which brings us to a third problem with the Turretin-Fulford argument.  Suppose the argument could be developed in a way that would get around the first two problems.  How would that show us that scripture alone suffices to tell us what counts as scripture, or that scripture alone suffices to tell us even that the writings associated with Moses, the apostles, etc. count as scripture?  For the Turretin-Fulford style of argument makes use of historical evidence, criteria for evaluating such evidence, general logical principles, etc. which are not found in scripture itself.


Now, sola scriptura tells us that scripture alone suffices to tell us what we need to know in matters of faith and morals.  Well, the question of whether a certain book is scriptural is itself certainly a matter of faith and morals.  But the Turretin-Fulford argument, in making use of historical evidence, criteria for evaluating such evidence, general logical principles, etc. -- evidence, criteria, and principles which cannot themselves be found in scripture -- in order to settle this matter, thereby violates sola scriptura in the very act of defending it.  For it uses extra-scriptural information and principles in order to settle a matter of faith and morals.  In other words, it does precisely what the Jesuit point (a) cited by Feyerabend says a defender of sola scriptura implicitly has to do.  So how exactly does the Turretin-Fulford argument constitute even a prima facie answer to point (a), or show that (a) is aimed at a “caricature”?


Anyway, Fulford does try to answer the Jesuit points.  However, as we have just seen with respect to point (a), he does not do so successfully.  Neither does he succeed in answering points (b) and (c), as we’ll see in a follow-up post.