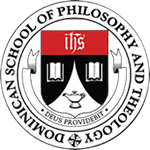 Last week’s symposium at the Dominican School of Philosophy and Theology in Berkeley was on Fr. Anselm Ramelow’s anthology God, Reason and Reality.  Some of the papers from the symposium are now available online.  In my paper, “Remarks on God, Reason and Reality,” I comment on two essays in the anthology: Fr. Ramelow’s essay on God and miracles, and Fr. Michael Dodds’ essay on God and the nature of life.  Fr. Ramelow’s symposium paper is “Three Tensions Concerning Miracles: A Response to Edward Feser.”

UPDATE 11/16: Fr. Dodds' paper "The God of Life: Response to Edward Feser" has now been posted at the DSPT website.  Also, a YouTube video of all the talks and of the Q & A that followed has been posted.